HOME Budget-Friendly Foods in Japan Are Stealing the Hearts of Foreigners! Instant Noodles Came in Second - What Could Everyone's Top Pick Be?! 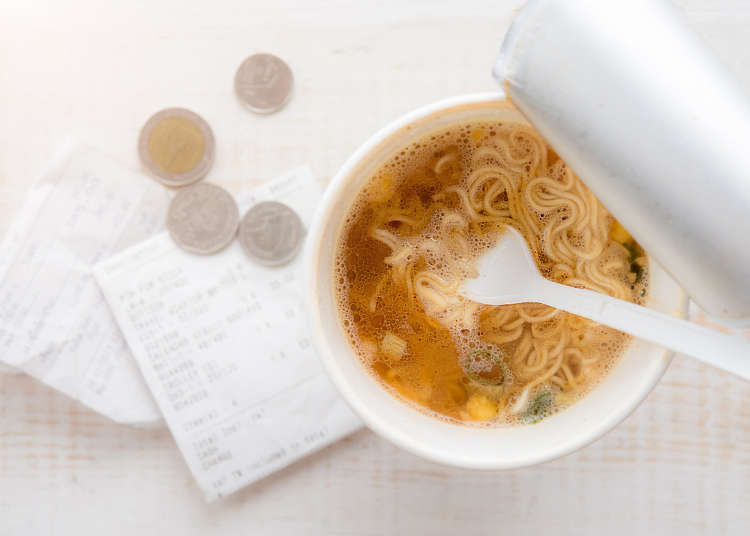 Budget-Friendly Foods in Japan Are Stealing the Hearts of Foreigners! Instant Noodles Came in Second - What Could Everyone's Top Pick Be?!

Going abroad? Eating local specialty food at your destination is probably one of the items on your must-do list. That said, you may still want to keep your food costs down because of high transport or lodging fees, or maybe you're saving up for a luxurious dinner by being frugal for lunch! What's an excited tourist to do?!

Fret not, because that's what we've compiled this list for! We asked visitors to Japan what they would eat when trying to save up their yen for a better spend, and you may be surprised by some of their answers! 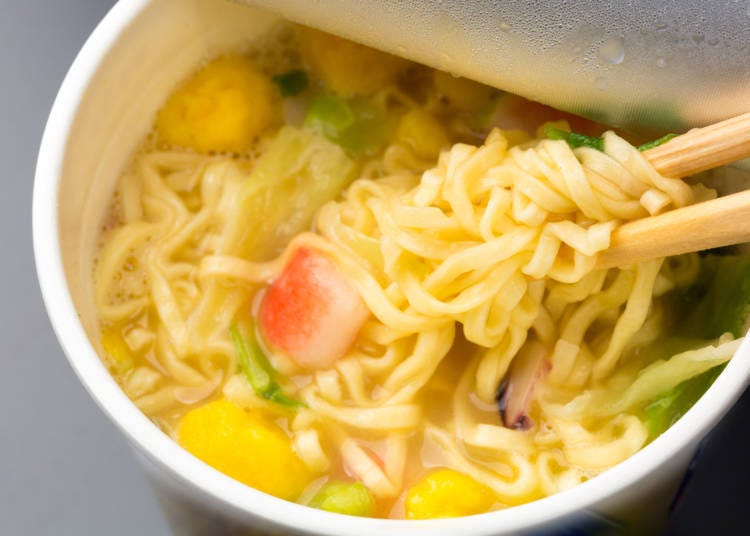 Some interviewees have told us that while they don't eat instant noodles in their home country, they gorge on them when they visit Japan. What makes this convenient food so popular among our foreign friends?

"There are so many different types of instant noodles in Japan, and they all taste great! Back home in Mexico, we don't have such a wide variety." (Mexican man in his 20s)

"I'm a huge fan of Nissin's instant noodles because it's not just ramen with them—they have soba noodles and other stuff as well. I'm living in Japan right now, and when I'm too tired to cook at home or too lazy to go out for a meal, I'll just dig into my stock of instant noodles and call it a delicious day." (Taiwanese man in his 20s)

Looks like instant noodles—beloved both locally and overseas—is a highly prized food item for the budget-conscious for all sorts of reasons!

During our survey, we heard from many people that the variety of instant noodles being sold in their home countries is far lesser than what is available in Japan. On top of that, there are region-specific instant noodles to discover in Japan as well—something to make your Japan trip more fun and exciting for sure.

Cheap and convenient—this is a perfect food for all budget-conscious travelers!

The title of the most popular budget-friendly food goes to "Convenience Store Onigiri (Riceballs)"! 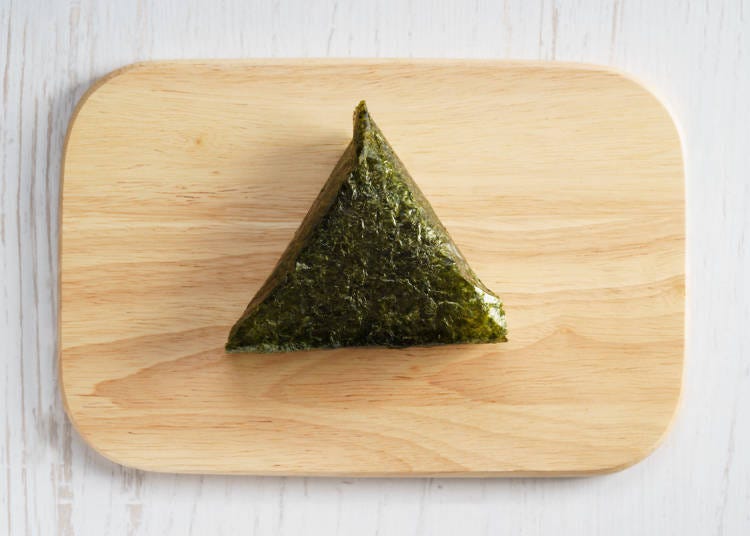 "Onigiri are usually in the ballpark of 100 yen each and are all so filling. You bet I'm always buying them!" (British woman in her 20s)

"I don't just eat onigiri, though—I tend to pair them with something else, like discount deli (ready-to-eat packed food) or a cup of miso soup." (Taiwanese man in his 20s)

This is the top food item mentioned by foreigners when asked about the food they buy on a budget. However, most of them also revealed that they don't just buy onigiri. The riceball is usually paired with something else, like packed deli food.

Anyone who has tried one will agree—the quality of convenience store onigiri can't be beat for that price! It's no wonder people go for this small but smart choice when there's a need to be thrifty! 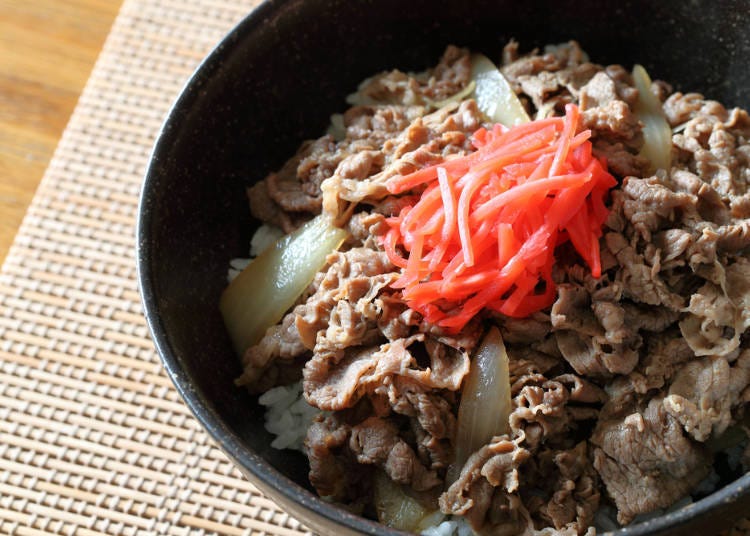 That's not all, though! If you ever find yourself on a budget in Japan, consider going into major restaurant chains for surprisingly wallet-friendly donburi and ramen. These food items can be found everywhere and are popular with people from all walks of life.

"Japan has a lot of gyūdon (beef rice bowl) chain restaurants, and you can get something for less than 500 yen in them! I'm a regular customer of these stores." (British woman in her 20s)

"I love the gyūdon chain stores here—great quality food for reasonable prices. They also serve other types of food like curry. All in all, a great help when I'm trying to save money!" (American man in his 30s)

Yes, these donburi chain stores are a lifesaver for many—even local Japanese!—who may be in a bit of a financial (or time) pinch. The fact that you can get a satisfying meal for under 500 yen is likely also a major reason why these restaurants have made their mark on the list.

Not to be beaten, ramen shops have been enhancing their menu in recent years as well and while the pricey options are still there, there's also an impressive array of sub-500 yen items. When you're trying to save some money on food, nothing works better than investing on a carbohydrate-filled bowl of rice or noodles that is sure to sate your appetite immediately! 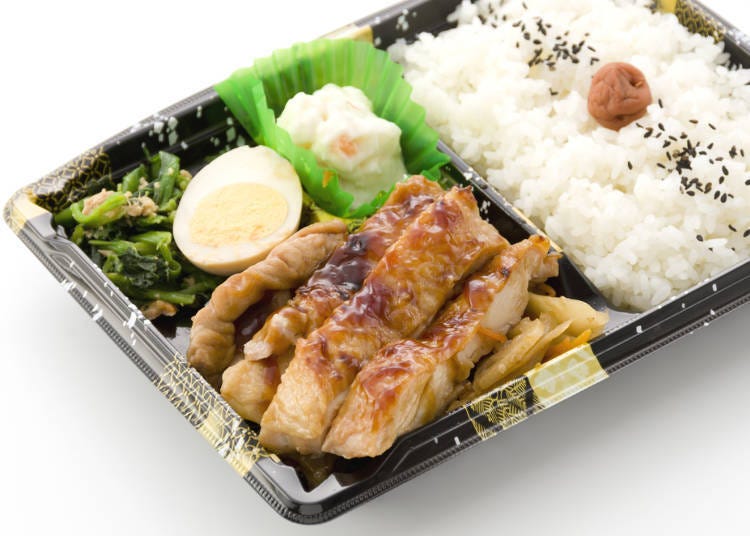 If you've seen bento or packets of deli food in Japan, then you know how much good stuff is packed in those little boxes. Most of them are available at affordable prices everywhere from convenience stores to supermarkets, and if you bide your time, you can snag them for even lower prices! This further discount is what makes them a popular choice among many foreigners as well.

"I buy discounted supermarket food, like bento and sashimi. You can often get them at half-price! Add a cup miso to the mix and you've got yourself a deluxe meal for just 300 to 400 yen. Pretty sweet savings, if you ask me!" (Taiwanese man in his 20s)

"Convenience store bento boxes are a godsend. One box is filled to the brim with food and costs just about 500 yen. I'm a regular, of course. My favorite is probably the karaage (fried food) bento." (Chinese man in his 20s)

It seems like many men are fond of buying bento boxes or packed deli food on discount, usually after a certain time at night, and eating them in the hotel or guesthouses they're staying in.

Other popular items include food that cost 350 to 600 yen even without discounts. Hop into any semi-large supermarket and the staggering variety of bento and packed deli food is nothing short of bewildering. Even those on a tight budget can enjoy different types of good food every day without breaking the bank. It's certainly unconventional to put "Visit a Supermarket" on your travel itinerary, but never let it be said that it isn't an ingenious idea!

"Stir-Fried Food" easy to make even when traveling! 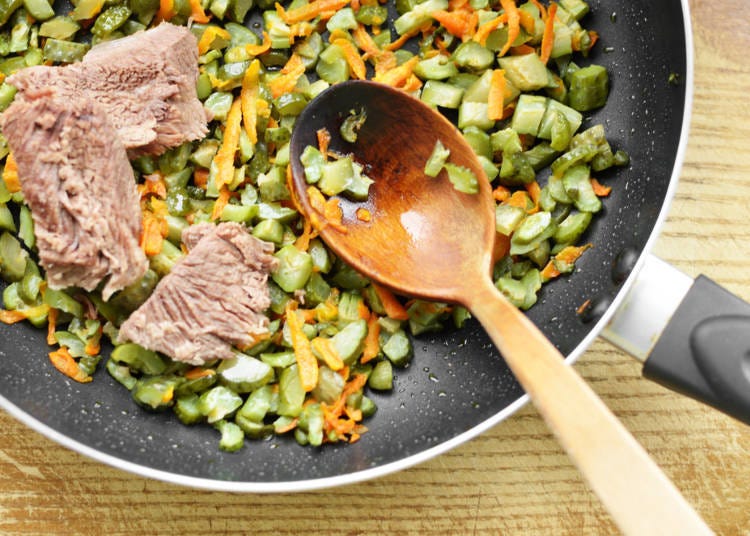 This is a minority opinion, but a few foreigners have told us they do their own cooking when they're on a budget during their travels. We asked them about the types of food they would cook in that case, and it seems like stir-fried food is the hot favorite here.

"I'll chop up some chicken meat and broccoli, sprinkle salt, and fry together. It's more of a matter of practicality over preference. I'm just making something I can eat with ingredients of the lowest cost." (Mexican man in his 20s)

"Eating out in Japan is quite an expensive affair for me, so if my lodgings has a kitchen, I'll cook my own food there. Usually noodles." (Malaysian woman in her 30s)

"I do my own cooking if I have time. Maybe stir-fry eggs with pork and salt or something super simple like that." (Taiwanese man in his 20s)

Most visitors staying in a guesthouse or Airbnb will probably have access to a kitchen. And to really save on their meals, they'll buy about two to three types of ingredients and stir-fry them together for a nice and simple meal.

When we asked interviewees why they would rather cook than eat out, the answer was that they were afraid of getting sick of eating nothing but outside food. Some also mentioned it's much pricier to eat out in Japan than in their home countries, viewing it as an extravagance.

Bonus! What are some "budget-friendly foods" from your home country? 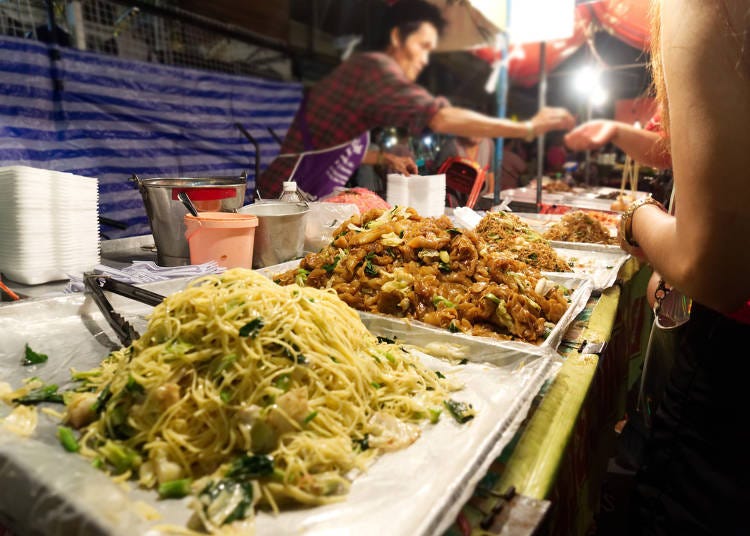 Since most foreigners eat Japanese food when on a budget during their Japanese trips, what sort of budget-friendly food do they go for when they're in their home countries? We asked the foreigners who were interviewed for the previous questions about this, and received very interesting answers that reveal much about their national inclinations.

"It's very cheap to eat out in Malaysia. You can buy enough street food for less than 200 yen in Malaysia to fill your stomach and then some!" (Malaysian woman in her 30s)

"I often cook pasta at home and add plenty of toppings—it's a dish you can never get tired of. One pack of pasta can last a few meals, I think?" (British woman in her 20s)

"Tacos for sure! Tortillas are crazy cheap there. In Japan, you can get about 10 for 500 yen, but for the same amount of money in Mexico, you can buy an entire kilogram's (2.2 pounds) worth!" (Mexican man in his 20s)

"We have a lot of Costco Wholesale shops in the United States where you can buy large amounts of food at super low prices, so I'll buy roasted chicken there—an entire chicken for just 500 yen that can be eaten over a few days." (American man in his 30s)

"Ramen sells for about 200 yen a bowl in Chinese restaurants, so I often eat out." (Chinese man in his 20s)

"I'd go to the night market and eat Chinese food. There are a lot of different things you can eat for about 100 yen each." (Taiwanese man in his 20s)

People from Asian countries where eating out is relatively cheaper prefer to do that instead of cooking at home, as the former is actually the more budget-friendly option. On the other hand, budget-conscious folks from Western lands tend cook at home as it's far more expensive to eat out.

Those are certainly answers quite indicating of a person's nationality. So if you ever find yourself in one of the countries mentioned above, you now know where to find their version of budget-friendly foods too!