HOME Opening Hours in Japan: Unique Rules?! Good to Know Before Your Trip! 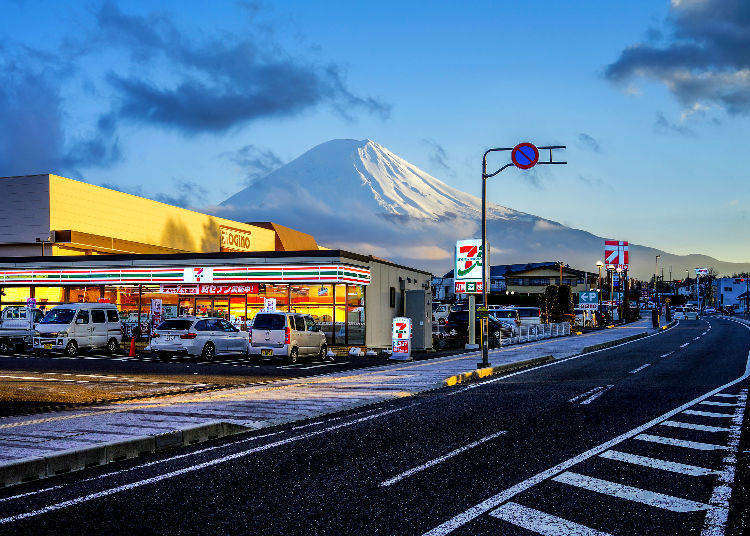 Opening Hours in Japan: Unique Rules?! Good to Know Before Your Trip!

Traveling abroad also usually means getting confused by rules and standards that are different from your own country. While a lot of shops are open until evening in the United States and Asia, they may close around 5:00 p.m. in the UK and other areas! While business hours vary from place to place, there are also country-specific rules and customs in place. Let’s check the common opening hours in Japan to not be caught off-guard in the middle of your shopping adventure! 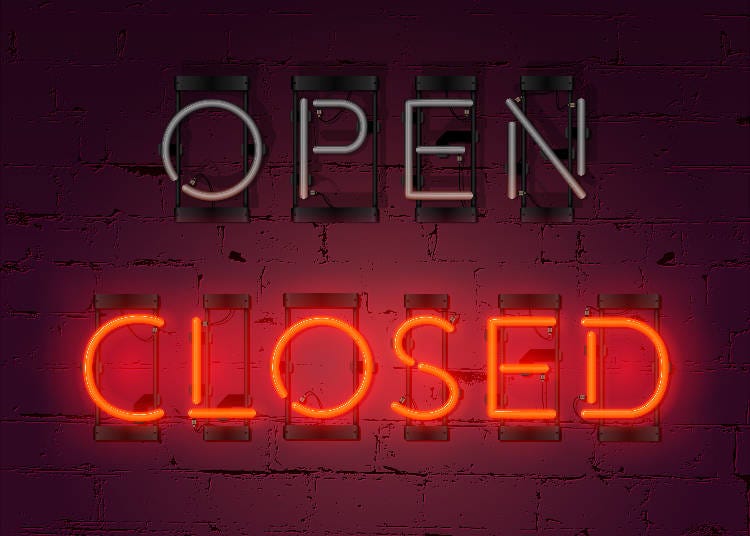 Here is an overview of the business hours of Japanese offices, government agencies, commercial facilities, and so on.
The business hours and holidays vary by store and region. Of course, shops and restaurants inside a larger facility usually have the same hours as that facility. Use the following information as a general guideline: 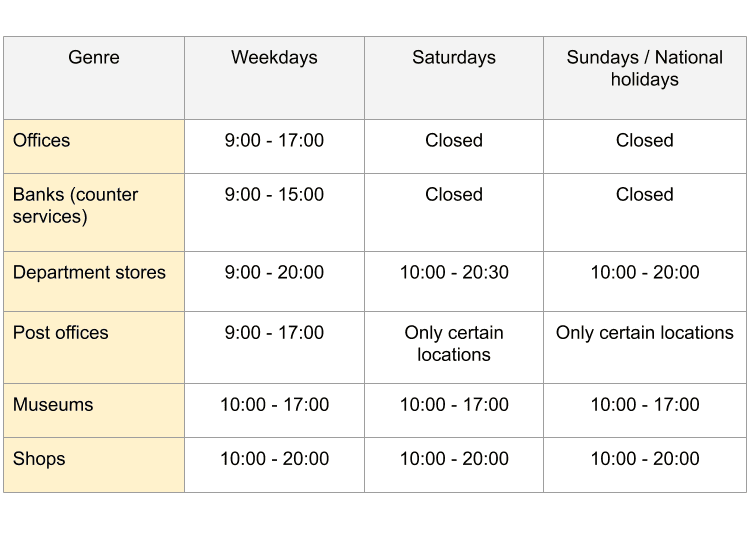 Business hours
Japanese office hours generally are from 10:00 a.m. to 6:00 p.m. Public transport such as trains and buses get extremely crowded between 7:00 a.m. to 9:00 a.m. on weekdays. In rural areas, people tend to use cars, so the roads might be congested around that time.
Train lines in central Tokyo such as the JR Yamanote Line run their first train around 4:30 a.m. to 5:00 p.m., while the last train departs between 12:30 a.m. and 1:00 a.m. Trains in rural areas have shorter operating times, usually between 6:00 a.m. and 11:00 a.m. It’s important to check the first and last trains of a line you plan to use for a trip.

Opening hours on national holidays
Convenience stores, supermarkets, theme parks, and so on are generally open 365 days a year. Many facilities close during New Year’s, including many department stores in the city center being closed on January 1. Rural and private shops will have even longer vacation, mostly from December 29 to January 3. 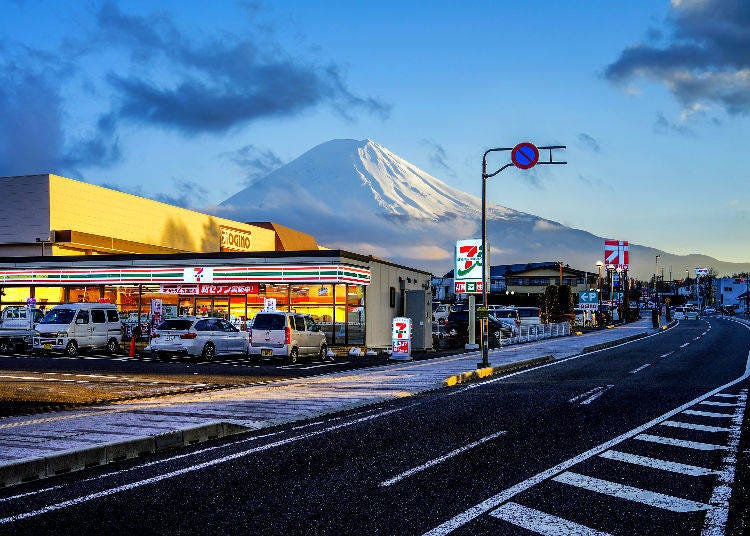 Convenience stores such as 7-Eleven, Lawson, and FamilyMart can be found all across the country and are open 24 hours, 365 days a year.
Certain manga cafés, family restaurants, karaoke parlors, fast food restaurants, and supermarkets in urban areas are also usually open around the clock, especially in Tokyo and Osaka. 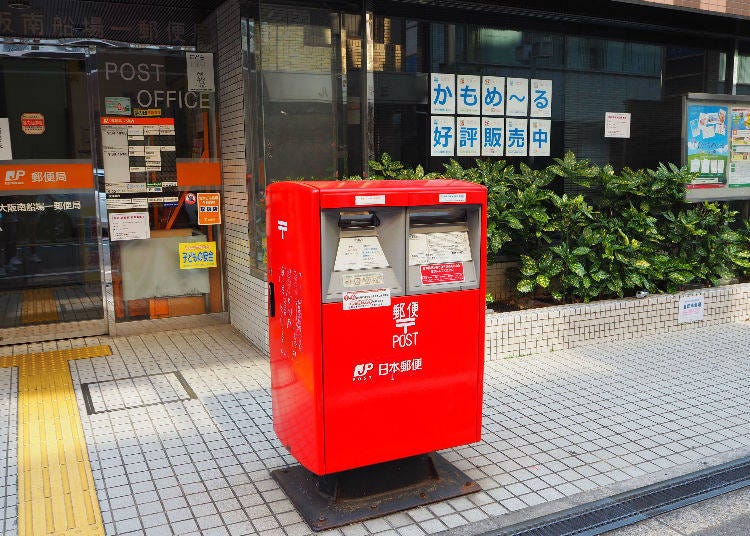 Embassies and consulates (9:00 a.m. – 5:00 p.m.)
Here, the hours differ greatly by country and vary not only by facility itself but also by services such as visa application.

Banks (counter service: 9:00 a.m. – 3:00 p.m. / ATMs: early morning – midnight)
The counter service of a bank tends to be open from 9:00 a.m. to 3:00 p.m. Please note that foreign currency exchange may be necessary.
Japanese yen can be withdrawn from early in the morning around 7:00 a.m. to midnight. Due to maintenance, however, the service might not be available for 10 minutes to up to several hours late at night or on weekends. Banks in rural areas may also have shorter business hours for cash withdrawal, sometimes closing at 9:00 p.m. or even 7:00 p.m. Please also note that opening hours vary by bank.
*The ATMs inside convenience stores are available 24 hours a day and many accept international cards, especially 7-Eleven.

Post offices (9:00 a.m. – 5:00 p.m.)
Japanese post offices are mostly open from 9:00 a.m. to 5:00 p.m. and very generally speaking, have opening hours of 9:00 a.m. to 3:00 p.m. on Saturdays. Additionally, there are post offices where services are limited to ordinary mail, international mail, and so on, as well as large facilities that are open 24 hours. The nearest post office can be found via this link: https://www.post.japanpost.jp/index_en.html 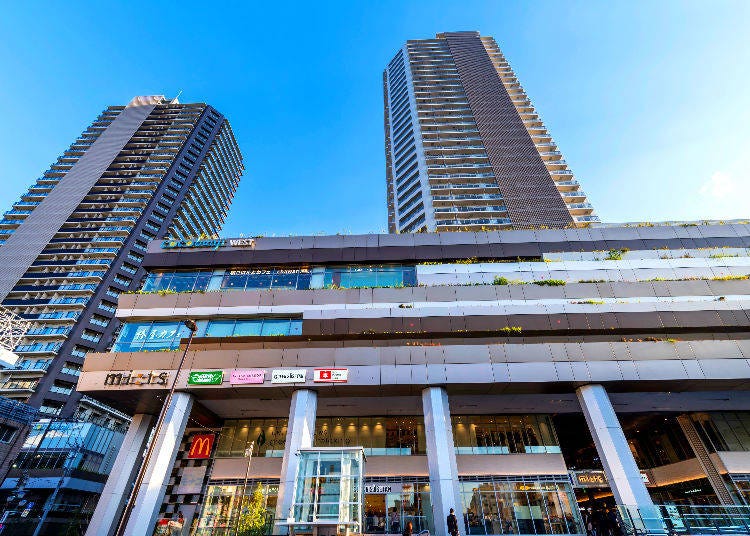 From here on, we will look at business hours by industry.
They do not only differ by store, but there are also differences between urban and rural areas. We highly recommend checking the official website of a specific spot that you plan to visit to see detailed hours, holidays, and so on. 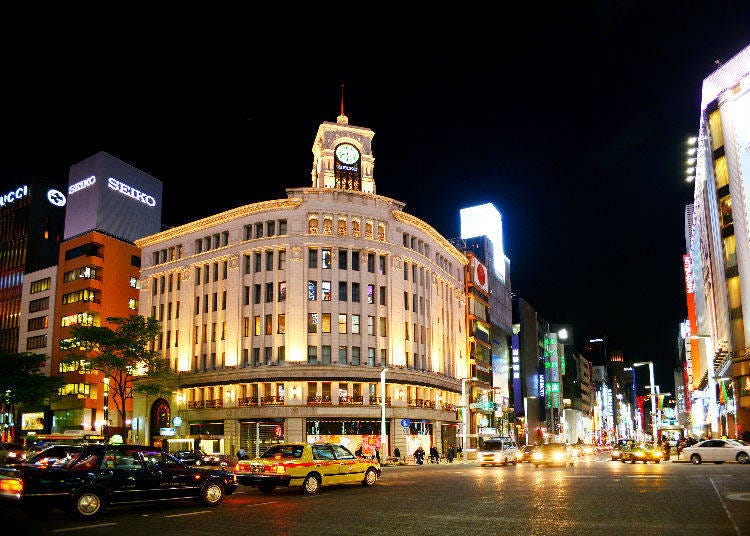 New Year’s Day (January 1) is a holiday for many department stores. Some also have shorter opening hours on New Year’s Eve (December 31) and close around 6:00 p.m. or 6:30 p.m. Likewise, a lot of stores hold special New Year’s sales called hatsu-uri on January 2, bustling with shoppers looking for the best deal.
Department stores in rural areas also may have opening hours as short as 10:00 a.m. to 7:00 p.m. 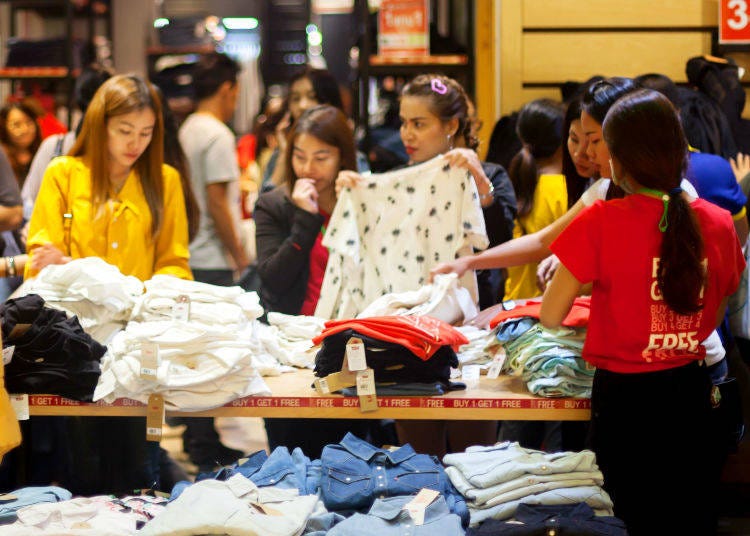 Business hours vary by store.
Shops located inside department stores and malls have the same opening hours as the facility as a whole.
Other shops are usually open from 10:00 a.m. to 8:00 p.m., and small, privately-managed spots often open around 1:00 a.m. and close earlier as well. Shop holidays may be irregular. 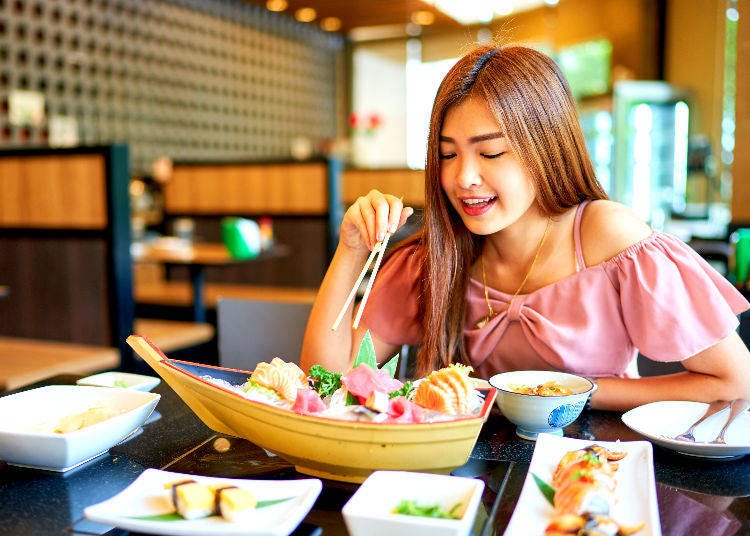 Business hours vary by restaurant.
Lunch hours are from 11:00 a.m. to 2:00 p.m. while dinner is from 6:00 p.m. to 11:00 p.m. (last order at 10:00 p.m.). A lot of restaurants and eateries close for a few hours after lunch time for a break and dinner preparations usually around 2:00 p.m., and reopen around 6:00 p.m. A lot of restaurants tend to be open for an hour longer on weekends, while spots in office areas often have shorter hours. 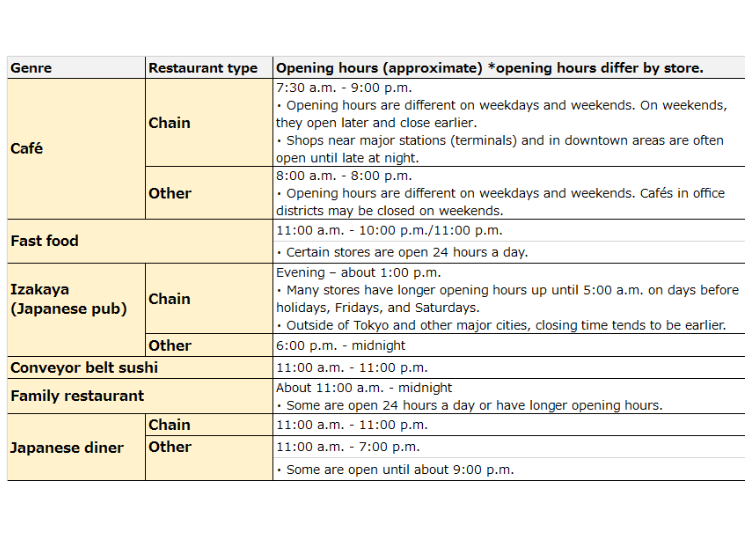 *The approximate opening hours above are for restaurants in Tokyo’s 23 wards.
*Japanese pubs and diners usually have last call 30 minutes to one hour before closing time. 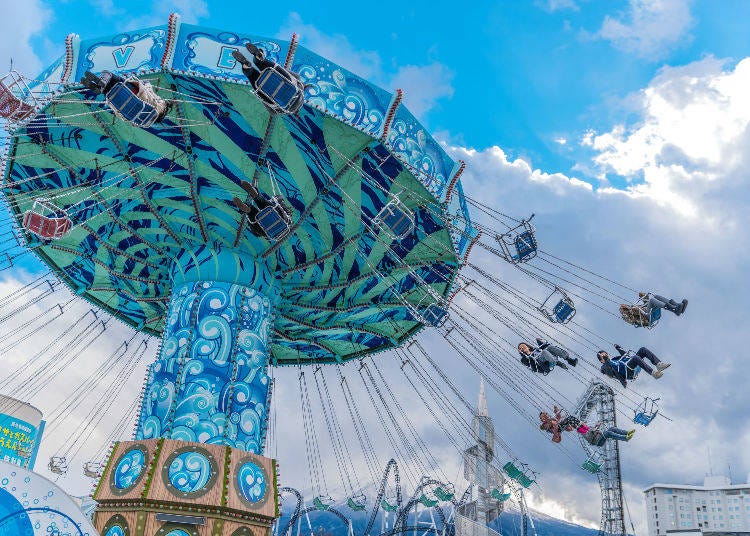 Theme and amusement parks open around 8:30 a.m. and are usually open until about 10:00 p.m. An exception to that is spots that host a countdown even on New Year’s Eve when they may be open until 6:00 a.m. on New Year’s Day.
Other entertainment facilities open between 9:30 a.m. and 10:00 a.m. while closing time varies by day. A lot of places have extended business hours on weekends. 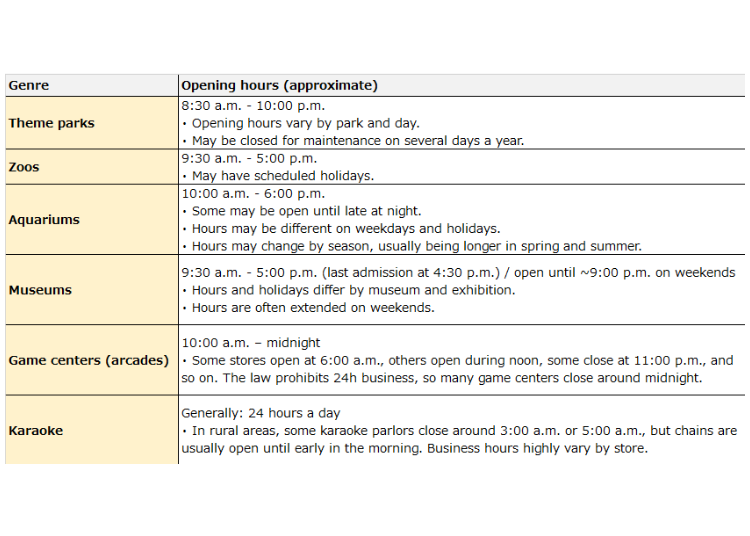 *For theme parks, zoos, aquariums, museums, and so on, the ticket sale usually ends about an hour to 30 minutes before closing time, so it is recommended to purchase tickets early.
*Please check the official websites of facilities you plan on visiting in regard to their specific opening hours and holidays. 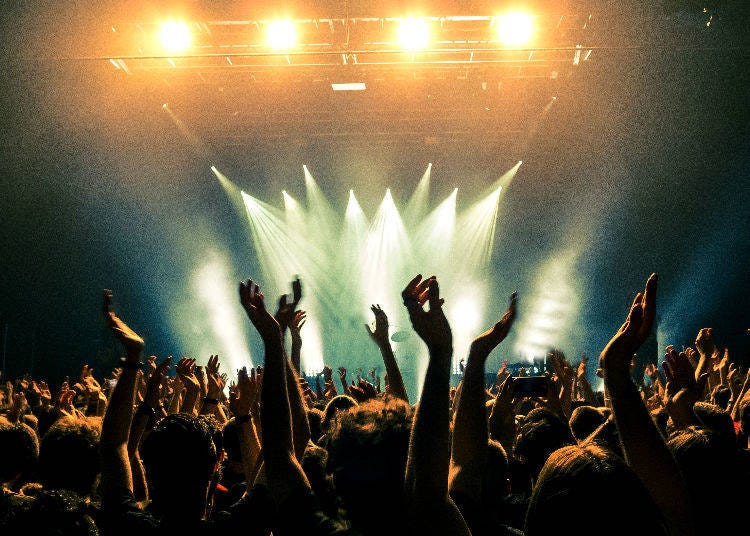 Due to the laws that regulate the Japanese entertainment business, clubs, live music venues, and so on are not allowed to be open between midnight and 6:00 p.m., with certain exceptions. So most live music venues close around 10:00 p.m. or by 11:00 p.m. at latest. These regulations are even stricter in residential areas where live performances end even earlier, sometimes as early as 9:00 p.m. Such live music venues may be open throughout the night in other countries, but only very specific locations have overnight performances in Tokyo. It’s important to check thoroughly before making plans to stay out late. 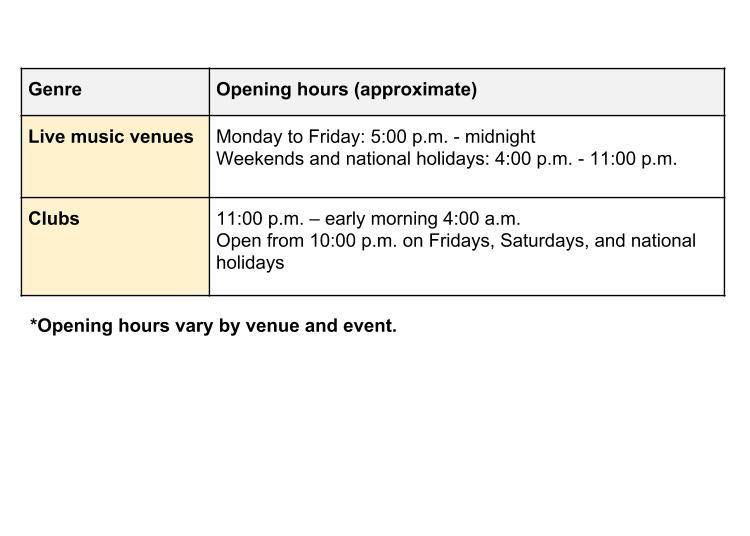 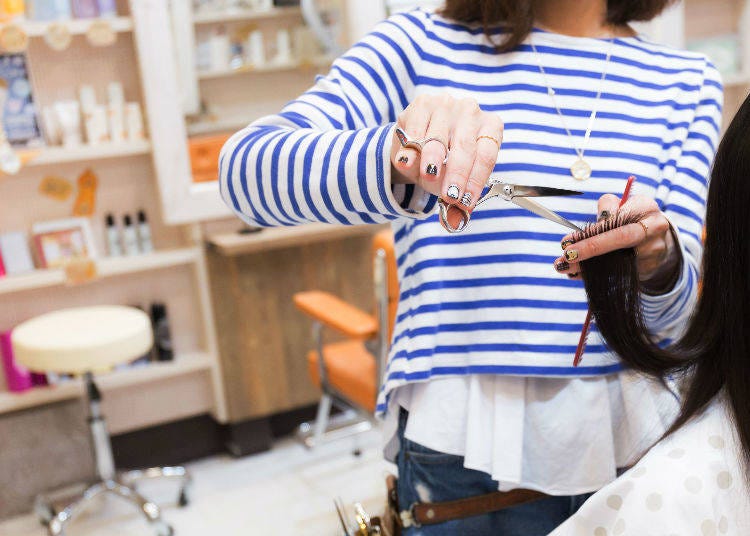 In general, Japanese hair and beauty salons tend to open rather late at around 1:00 a.m. and close at about 8:00 p.m. (last appointment/admission), but recently, a lot of shops are open until 11:00 p.m.
Likewise, salons have gotten a lot more flexible with their regular holidays and business hours and are able to adjust to specific requests such as early in the morning or late at night.

The common holiday for hair salons in the Kanto area (with Tokyo at the center) is Tuesdays, while Kansai with Osaka is Mondays.
This custom goes back to a standard established for the beauty industry back in the 1920s. During the war, the country frequently suffered a shortage of electricity and the rule was to save electricity by cutting the power once a week. Hair and beauty salons required electricity to do perms, so the day without electricity became their common holiday. Those no-power days differed by area; Tokyo’s was Tuesday while Osaka’s was Monday. 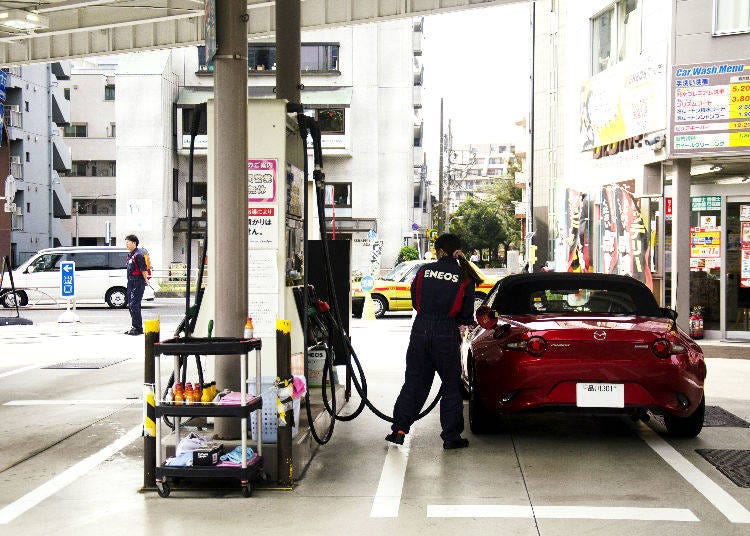 Business hours vary by store and by day of the week, with some gas stations offering a 24h self-service.
The general hours for gas stations in the city center is about 7:00 a.m. to 10:00 p.m. on weekdays and 9:00 a.m. to 8:00 p.m. on Saturdays and Sundays. The hours are longer on weekdays because of commuters while shorter during the weekend. However, gas stations near highways and tourist destinations have different hours entirely. 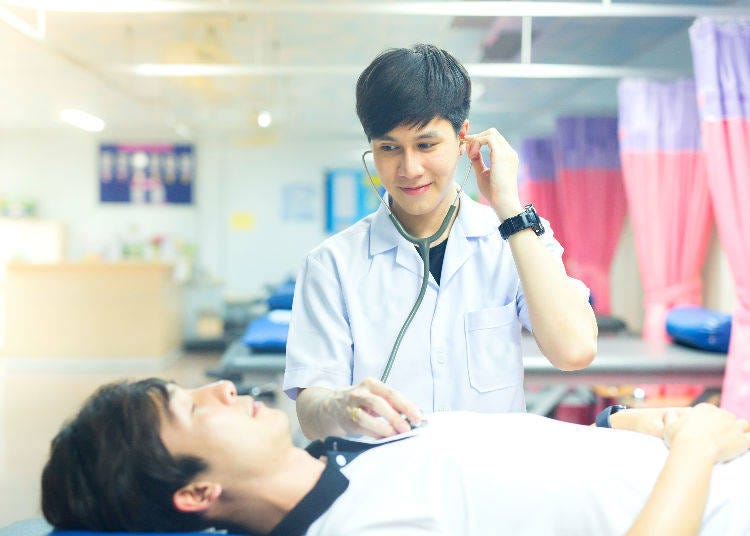 Many hospitals in Japan accept walk-ins only in the morning on Saturdays and not at all on Sundays. Weekdays are also divided into morning and afternoon with a lunch break of about two hours in between, and the hours differ by hospital. 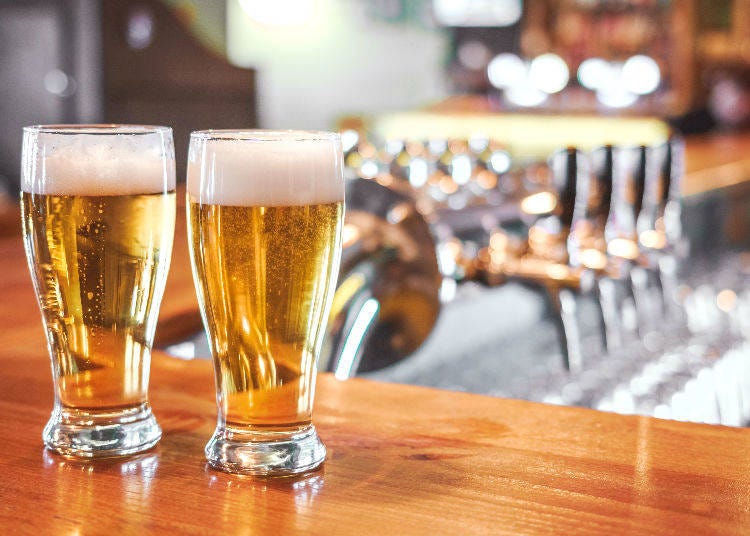 Pubs and bars have happy hours in the evening, meaning special deals for drinks and more. Happy hour in Japan is roughly between 4:00 p.m. and 6:00 p.m. on weekdays. 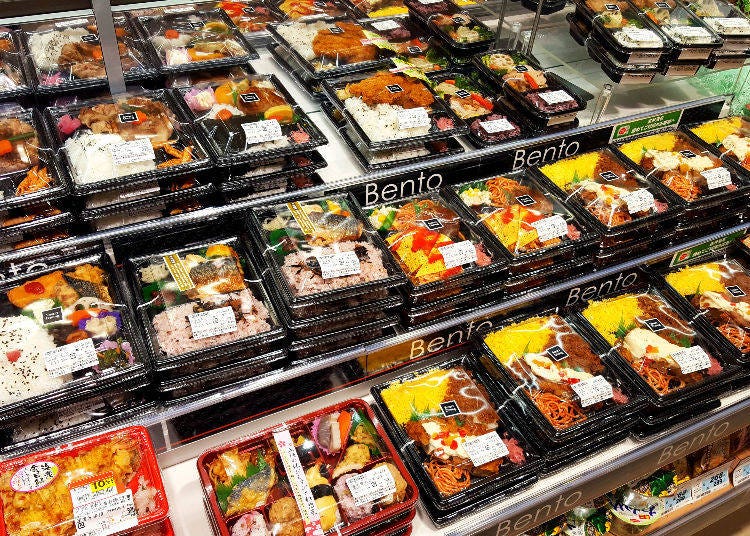 Supermarkets also hold limited-time sales from about 5:00 p.m. When department stores hold a fair of regional goods and products, the last day of that event also has some extra bargains and discounts to sell as much as possible. If your timing is right, you can expect amazing deals! 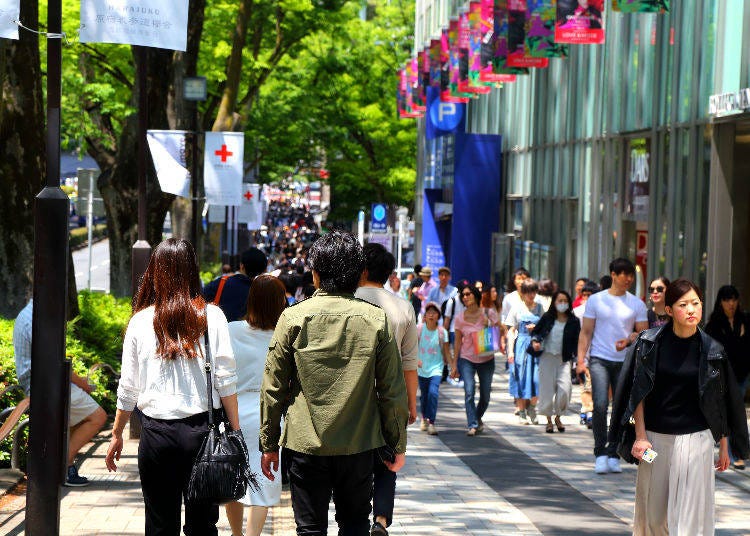 Shops, restaurants, and services such as public transportation tend to have similar opening hours if they’re in the same area or in the same industry. If there are spots you absolutely want to visit, it would be a shame to stand in front of closed doors!
Another benefit of knowing these general opening hours and peak times is to avoid crowds and congestion while being able to pick up a special bargain deal here and there. Understanding that business hours may differ greatly from what you are used from your own country will help you make the most out of your trip to Japan!

Please note that the business hours listed in this article are approximate times only. For details, please check the official website of the spot in question.