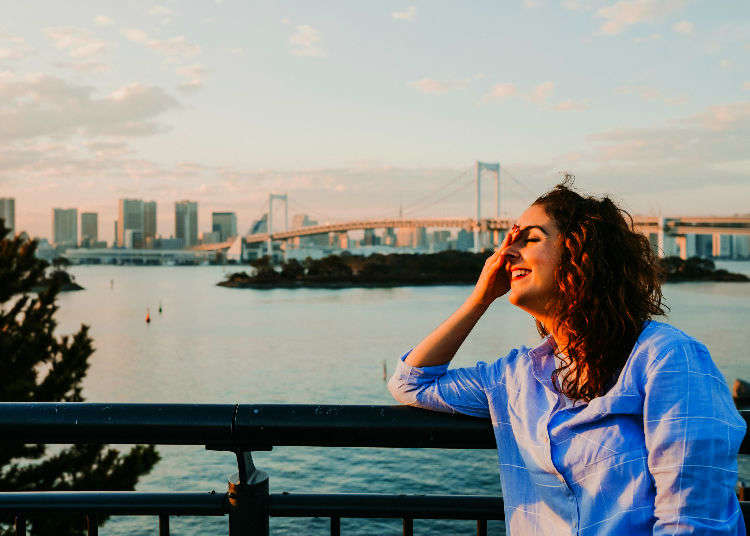 Japan is an exciting country with a unique history and culture, but what is it like to actually experience daily life in Japan for yourself? We asked a group of international visitors what surprised them the most about Japan, and below is a list of the top 10. From the Japanese work mentality to startling things about their everyday lives, these are some of the interesting things people picked up.

1. Overworked - Japanese Work Too Much! 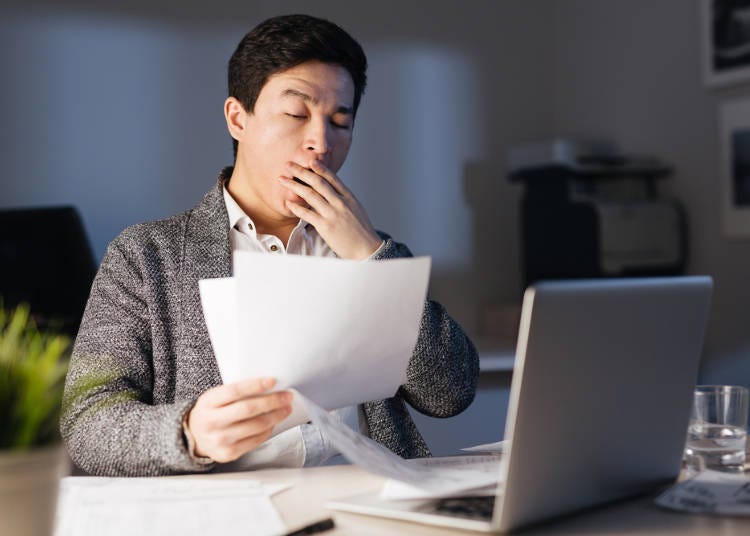 One of the things many western people notice about the Japanese lifestyle is that people simply work way too much. Although it’s common sense in many other countries to put your health and even your family before your work, in Japan, constant overtime is considered the norm, taking off work for health reasons is often out of the question, and don’t even think about taking several days off in a row for vacation.

You might be asking yourself “How do they find time for their families when they’re always at work?” To most of us it’s a given that family comes before work and therefore going home after we put in our eight hours, but in Japan, not only are their work hours long but recent research shows that their productivity levels are actually quite low compared to other developed nations. One can only hope that they start to improve this situation in the near future.

2. Kuuki wo Yomu - Reading the Situation is Vital 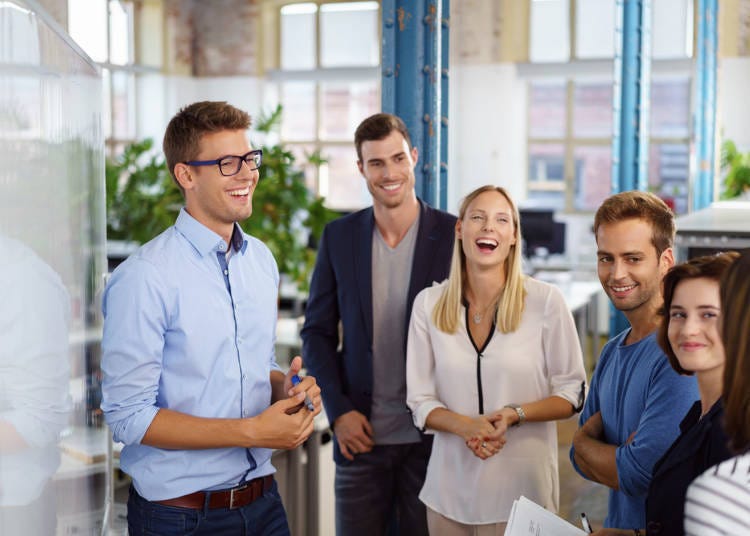 Kuuki wo Yomu, literally “reading the atmosphere (situation)” is being able to tell the difference between what people say and what they think. It’s doing or saying things for others without them ever asking. One of the people interviewed was baffled by the concept at first. It just wasn’t something that was often thought about back home. In Japan though, being able to read the situation well is so important that they even have a word for those who can’t. Someone who is unable to interpret what needs to be done or said in each situation is often called “KY” for kuuki yomenai (unable to read the atmosphere).

Whereas in other countries it may be important to convey our thoughts and feelings explicitly, in Japan it is common to use rather ambiguous words to express yourself so as to not offend or put too much pressure on the listener to respond. It is then up to the listener’s to interpret the real meaning behind the cryptic way of speech and react accordingly. This is often why there is more than a simple language barrier that affects communication between Japanese and non-Japanese.

3. Safety - Japanese Have no Sense of Danger!? 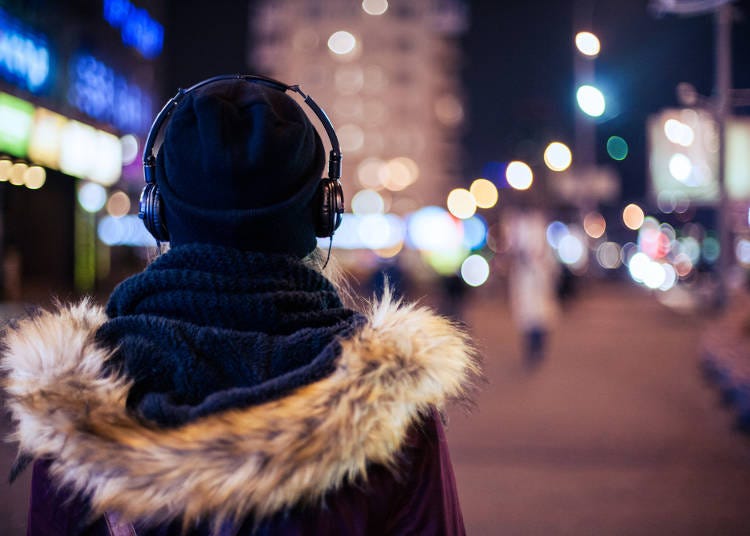 Japan is known around the globe as a pretty safe place. Whether it’s because of the rather strict law enforcement or one of several other reasons, Japan is ranked as the safest country in the world. That being said though, like any place in the world, it’s not 100% danger-free.

Many westerners we talked to were surprised to see women walking around by themselves late at night, listening to music or messing with their phones, completely oblivious to their surroundings. In some countries, it’s just unheard of for a woman to walk home by herself after a late night of drinking. No matter how safe a place may be, nobody should leave themselves completely defenseless, right?

4. Clothes - Their Size Variety is Too Limited! 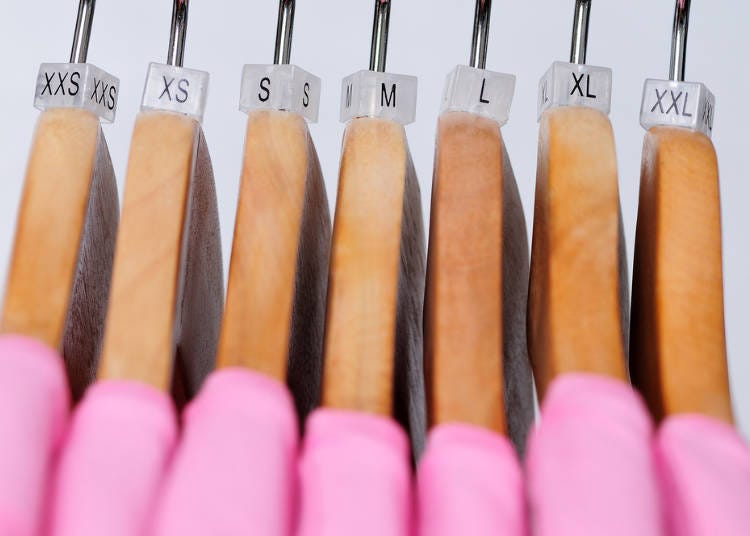 Although some specific brand stores hold a variety of sizes, the majority of places sell clothes in only 3: small, medium and large. Especially when it comes to ladies clothing, it’s quite common for a certain dress to only be sold in a one-size-fits-all type of deal. That being said, one size often does not fit all and several interviewees thought it would be so much better to actually create different sizes for these products. You may have a little trouble finding clothes in your size if you are too far from the “average” in Japan.

Not only are there not enough sizes, but depending on the brand, clothes labeled with the same size can fit completely different. You’ll find that while one outfit fits well in their large size, another might fit better if you choose the small. This can be a hassle if you’re used to always choosing the same size for every outfit.

One of our interviewees mentioned that they would like to see Japanese stop following so many fashions and trends, etc. and start creating their own style. In other countries, the majority of people take bits and pieces of everything to form their own fashion, but in Japan people tend to copy western styles or whatever is popular at the time. There seems to be a strong sense that trending = good in Japan, which is not necessarily the case in other countries.

One person interviewed said that as they walked down the streets of Shinjuku, they were surprised to see that everyone seemed to be wearing the same clothes, the same makeup and essentially look like everyone else around them. Everybody has their own unique body shape, personality, and atmosphere. You could say that Japanese themselves even have a unique look compared to the rest of the world so wouldn’t it be nice if they showed it off in their fashion as well? 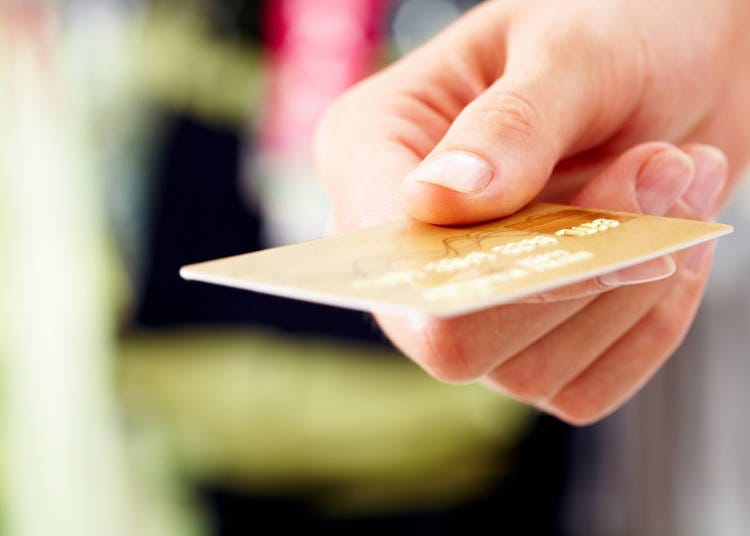 Even though Japan is a developed country, there are very few places that accept credit cards, which can be pretty inconvenient for foreign visitors. Whereas many people in other countries often carry nothing but their credit cards, in Japan, you have to bring cash with you pretty much wherever you go. Although the usage of credit cards is slowly increasing in Japan, it’s still very uncommon. It might have something to do with the fact that there is little to no fear of running into a pickpocket or the like or it could simply be because Japanese like to keep track of their money in a form that they can physically see.

There has actually been an interesting study that, although the usage of credit cards in Japan is very low, the rate of card holders in Japan is actually quite high. It could be that Japanese are still afraid of being scammed or having their data stolen. 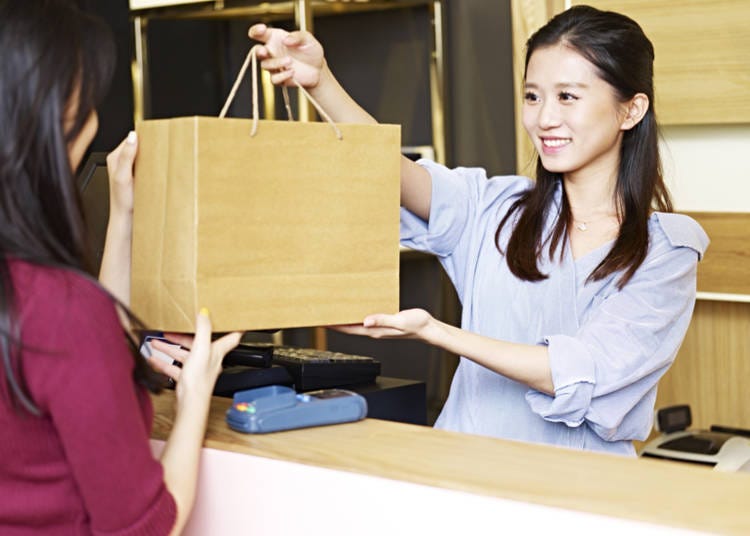 One of the more positive things those interviewed were surprised about was the level of customer service in Japan. Even if you go to the tiniest convenience store and buy absolutely nothing, they will still greet you with a warm and inviting smile.

The kind of service you receive in Japan is incomparable to anywhere else in the world. Regardless of the type or price of the product being sold, you will find high-quality service wherever you go in Japan. For Japanese, it’s just natural to approach customer service in this way, but for those of us used to getting low-quality service for low-quality products, it’s quite remarkable. 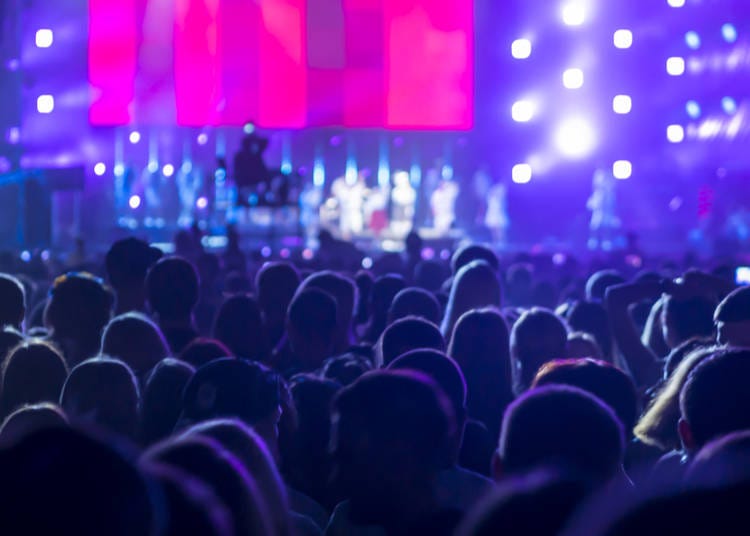 Many foreign visitors to Japan are taken back by just how mindful Japanese are of their manners. Every time you walk into a store or a restaurant you are sure to be greeted by not just one, but practically every worker there. No matter how tired they may be, they never seem to forget to greet you properly with a smile.

One of the people we interviewed was especially surprised to see how Japanese acted at concerts. When the performers are talking between songs, everybody is dead silent, listening to what they have to say. In most countries, it’s perfectly normal to be cheering and making noise throughout the entire concert, yet Japanese people seem to take their politeness to a whole new level.

9. Food - Such a Large Variety of Great Eats! 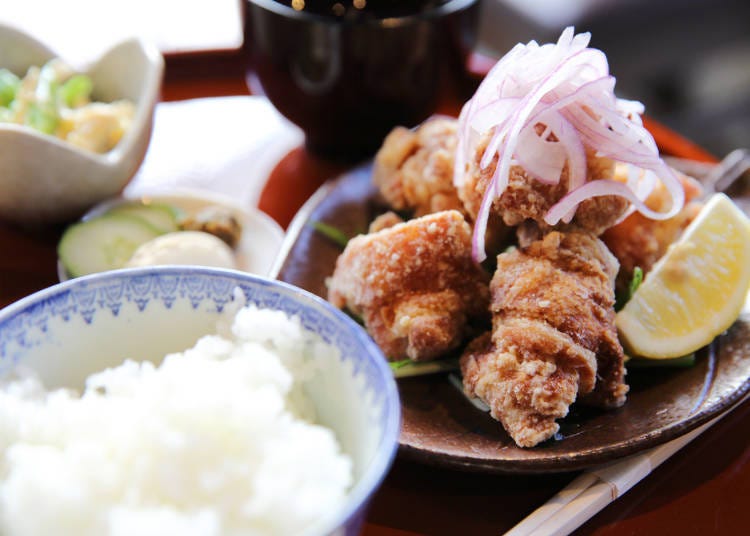 Some people were amazed at Japan’s food culture on several aspects. The way they put a lot of thought into the packaging, the wide variety of flavors, even the unique names they give their food products is impressive. Snacks from Japan really make good souvenirs.

Moreover, being able to eat your fill at lunch for a reasonable price! In some countries, eating a simple lunch at a popular tourist spot can cost you upwards of 2,000 yen. From quick and easy fast food restaurants to higher quality good value meals, Japan is a force to be reckoned with when it comes to food. The variety in Japan’s food culture is said to increase more and more as the 2020 Olympics draw near. 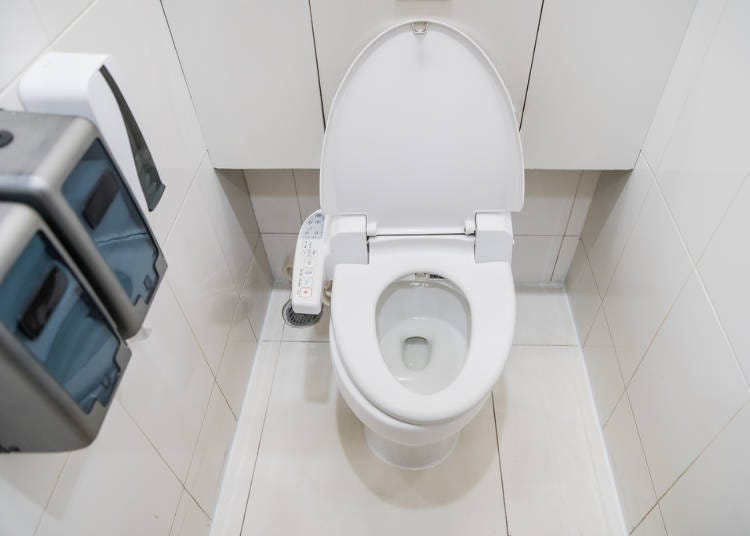 In Japan, toilets are available in convenience stores, train stations, restaurants and other public areas. Although you would generally expect most toilets to be free of charge, in some countries like France, public toilets charge a fee, they don’t even have seats, and they aren’t necessarily that clean. Compared to this, Japan has toilets just about everywhere. Not to mention that the multifunction toilets in Japan are well known around the world for being top-class.

Other public services people were surprised by were free water and even a wet cloth to wash your hands before meals at restaurants as well as separating cold and hot items into different bags at convenience stores and the like. There is nothing quite like the free services you can receive in Japan.

So what do you think? After listening to the voices of other foreign visitors to Japan, do you think any better or worse of the country? If you haven’t already, maybe it’s time to visit Japan and see for yourself what surprising things this country has to offer.

Western Students Reveal 10 Shocking and Surprising Things about Japan!
[MOVIE] Japanese Body Language and Hand Gestures
*This information is from the time of this article's publication.
*Prices and options mentioned are subject to change.
*Unless stated otherwise, all prices include tax.