HOME Find Your Niche in the World of Cosplay 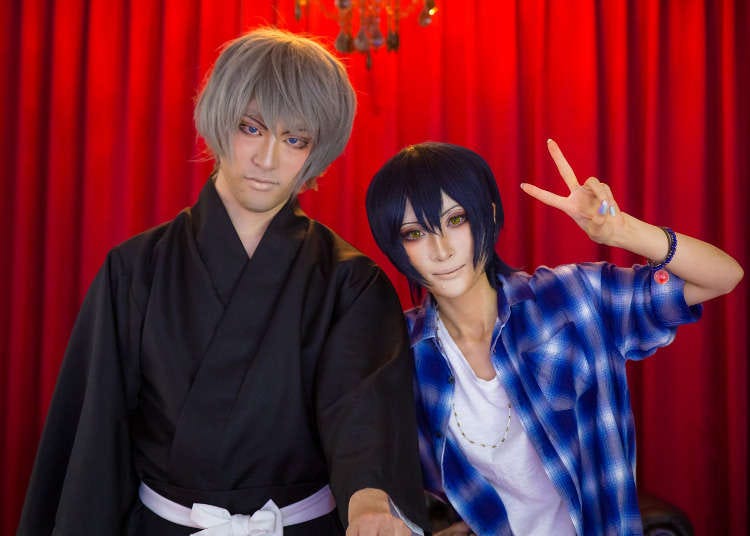 Find Your Niche in the World of Cosplay

“Cosplay,” a word made by combining the English words for “costume” and “role-play,” is a phenomenon which is taking anime and gaming fandom by force. Fans create costumes to resemble their favorite anime, game, or TV character and change their persona for a day. Not only Japan, but many countries around the world are experiencing and getting hooked on this incredible otaku (geek) subculture. The world of cosplay is a colorful and exciting one - let's take a look what "cosplay" is all about.

History of Cosplay from Japan to the World 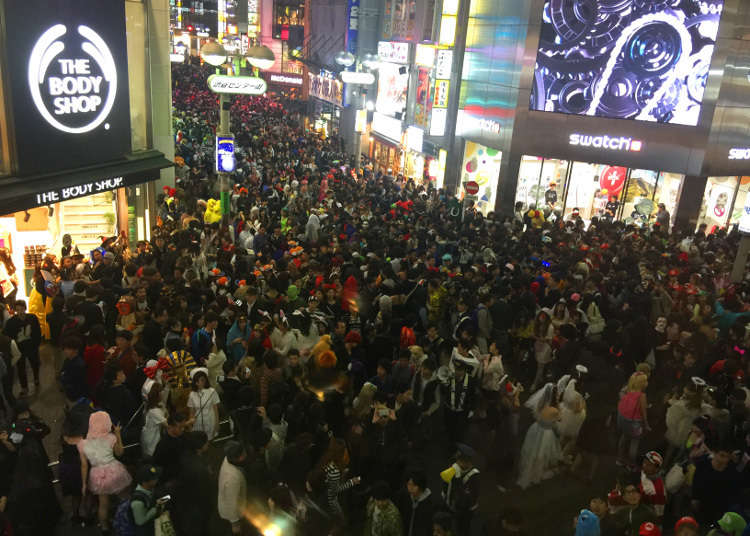 Cosplay has a deep and long history that has been going on for decades. The term “cosplay” has been used since 1984. Getting in costume is shared by many different cultures such as the American tradition of dressing up for Halloween, countries with plays and masquerades, and even in Japan costume history goes way back to the entertainers before the Edo period in Kyoto with Geisha, along with other performances like Kabuki and Noh Theater.

One thing for sure, is that costume culture is spread and shared between countries. Halloween has become wildly popular in Tokyo, possibly crazier than where it originated, filling the streets of Shibuya and popular parts of the city with crowds of costume-wearers like never before. While in America it’s the children who customarily dress up to go trick or treating on Halloween, Japan really doesn't follow those traditions, allowing even adults to make Halloween a giant costume party on the streets. Halloween has fused aspects of these two cultures together, allowing cosplay to spread across the globe with otaku culture being represented by people of all countries. 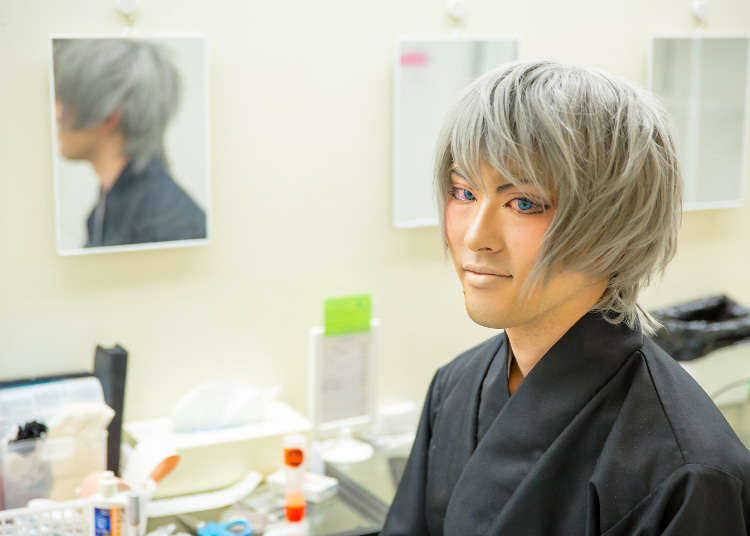 In America you generally see cosplay at anime conventions. It's mostly the same in Japan. You can find teams of cosplayers at anime and game conventions like Anime Japan, Tokyo Game Show, Comiket, or at cosplay events and competitions like the World Cosplay Summit.

Events like this are huge for people who enjoy subculture and travel far to attend. Japanese cosplay competitions have participants from all over the world gathering together to show off their costume. The range of characters varies across all genres, from fantasy to horror, anime and manga to games. First-time cosplayers and veteran cosplayers alike have fun admiring each other’s creativity, and even engage in a bit of role-playing for the competition. They really become one with their character as they perform on stage.

Getting into Japanese Cosplay

My first cosplay experience was surprisingly when I went to my first anime convention. I was really excited to attend, so I got very into creating my own costume. I could have just attended the convention as a normal attendee, but after finding out about the costume culture at these events I really wanted to try it for myself.

For my first costume I went with a modern Megaman costume allowing me to use more crafty materials rather than needing to sew everything (something I'm not very adept at). Admittedly the quality wasn't that great since I've never made one before, and wearing the costume for the first time was also a little embarrassing. But I remember to this day the many compliments people gave me, commenting on my creativity.

After that I tried a few more times with characters from anime and games I liked at the time like Fullmetal Alchemist, Code Geass, and Pokemon. For people who aren't as crafty, buying an entire costume for cosplay is also very popular. Whether you enjoy creating cosplay costumes or simply wearing them, cosplaying is a broad and accessible hobby to many people.

The Community of Japanese Cosplay

The more I got into cosplay culture the more I learned how big and supportive the community is. Meeting other cosplayers through friends and events, I learned about things like cosplay business cards regular cosplayers have along with popular cosplay websites where they like to post and shared their new costume photos and share about any upcoming projects. It’s refreshing to be with people just as passionate about their favorite characters as you are. You can make new friends among people with the same interests as you, and learn a lot of tips and tricks for making cosplay costumes among the community.

Granted, getting into cosplay in Japan took me a while. My cosplay costumes evolved from unskillfully crafted outfits to using more fancy techniques like utilizing wigs and color contacts. Still, the quality of cosplay in Japan is very high and it did feel a little intimidating since I don't think I can match that quality as a casual cosplayer. On top of that, overcoming a language barrier also made breaking into the community much more difficult. It wasn't until a friend of mine invited me to join a cosplaying group that I actually did my first cosplay costume in Japan.

Cosplay was born out of passion and dreams. While that might sound exaggerated, to many people creating and dressing themselves to resemble characters they love is a big way of expression. To some, cosplay is a dream, a way to truly express themselves by becoming one with a character they relate to. In a country where group mentality is stressed over individuality, the subculture of cosplay is a chance for many shy people to express their individuality. Being able to do so is very important, and the world of Japanese cosplay is one place where people find solace in self-expression. 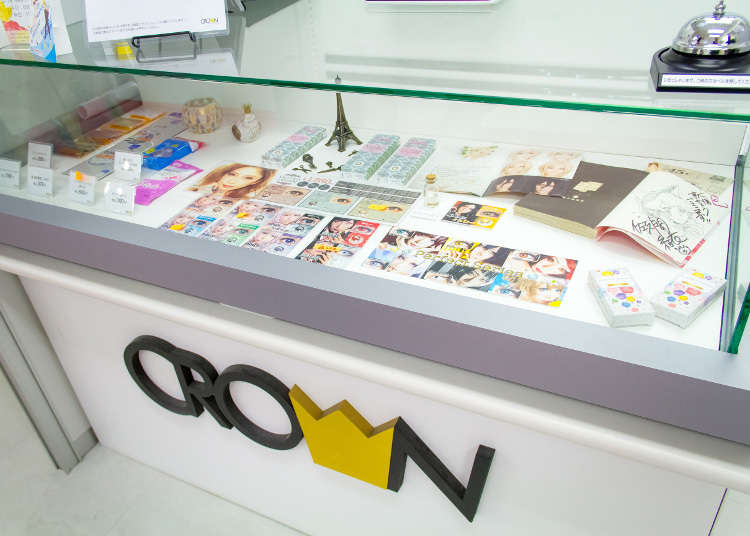 In the end, Japanese cosplay is less about competition and more about having fun, showing off your creativity and your fandom colors. It's great to see cosplay being accepted in normal society in recent days, with places where anyone can cosplay increasing. You can enjoy cosplay for a short amount of time at places like cosplay studios, karaoke places that have a selection of costumes, or even "purikura booths" that let you borrow costumes to take the pictures.

At some anime conventions, special booths even let you rent costumes for the event, so you can experience what it's like to be a cosplayer at a big event without any of the preparation beforehand! Why not try it out? You'll most likely have a fun time and end up with some cool photos to remind you of the occasion. Go ahead and get your otaku on! 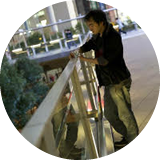 I’m a video blogger, illustrator, and animator from America. I’ve been in Japan for 6 years and am a Japanese Subculture enthusiast, interested in anime, manga, video games, and more.