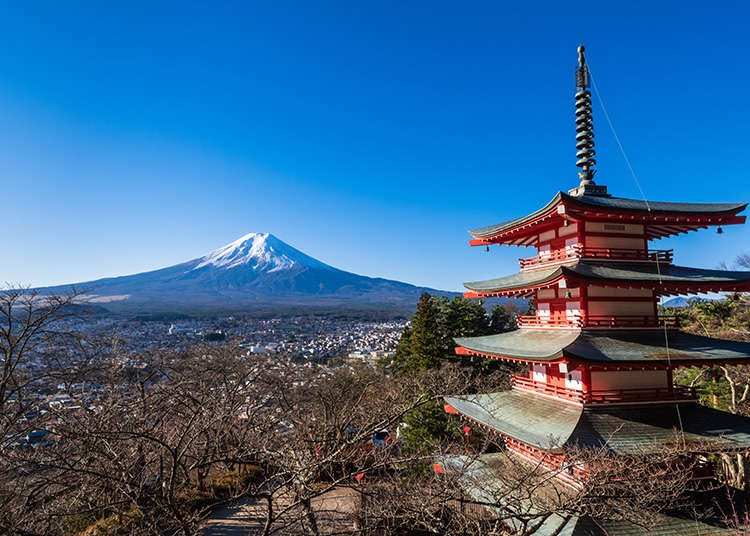 Japan is known for being a very polite country with many specific customs and manners, from the correct way of lining up for a train, however crowded it might be, to the correct way to bow. Let's take a look at some of these customs that you're likely to encounter in Japanese day-to-day life!

Avoid Staring At or Pointing At Others 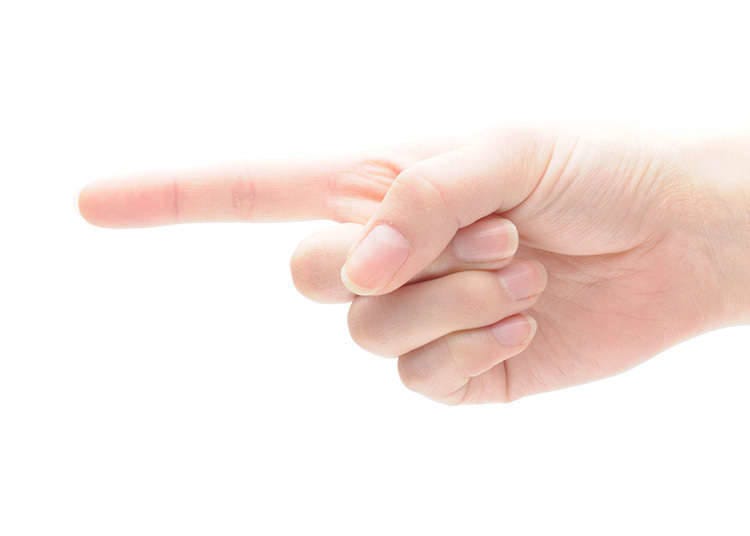 No, Japan isn't the only country with this kind of rule, but directly pointing a finger at people is considered very rude. Also, Japanese people are not accustomed to looking anyone in the eye for more than a short period of time, so if you are talking to someone, breaking eye contact occasionally is actually considered polite, as it helps the other person feel more comfortable. 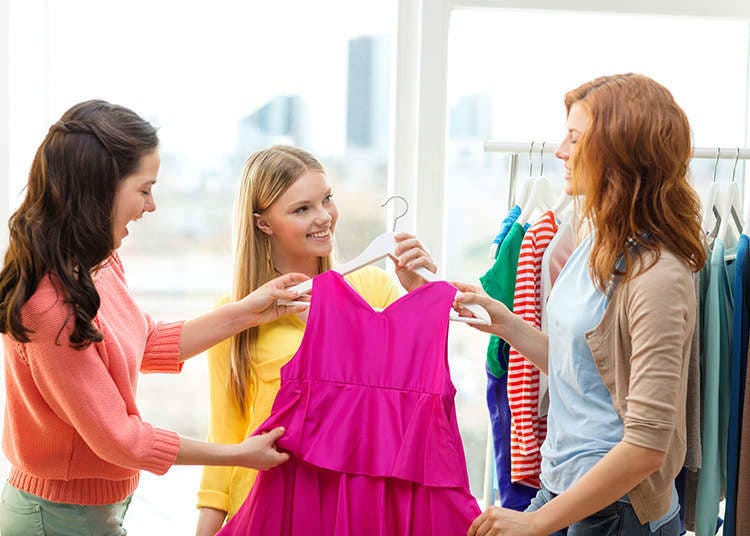 It is often said that Japanese people have a strong "sense of peace,” that they view an orderly community, social harmony, and stability as more important than individuality and freedom. This is largely true, and you will see it not only in Japanese companies or schools, but also in everyday life. Look around in the cities — everyone seems to wear very similar clothing, and sometimes the men’s suits all look exactly the same. Occasionally, there are a few people who try to stand out from the crowd, but you will mostly find them in strongholds of youth fashion and subculture, such as Tokyo’s Harajuku or Shibuya districts. In general, the sense that “everyone looks pretty much the same” is not an illusion, and the Japanese do not see anything wrong with that.

Do Not Smoke on the Street 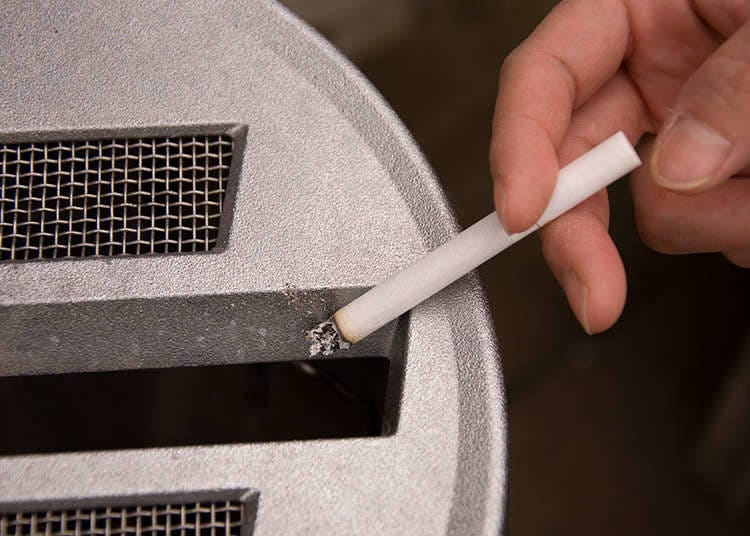 Smoking in non-designated areas and tossing cigarette butts on the street are not just bad manners — you might actually be fined for such behavior, depending on the local laws. There are designated smoking areas all over major cities, which are free to use at any time. Restaurants and other public places have started to implement separate smoking areas for their patrons, although there are some that do not permit smoking at all and others (certain coffee shops, for example) where everyone seems to be smoking freely. Choose your destination carefully. 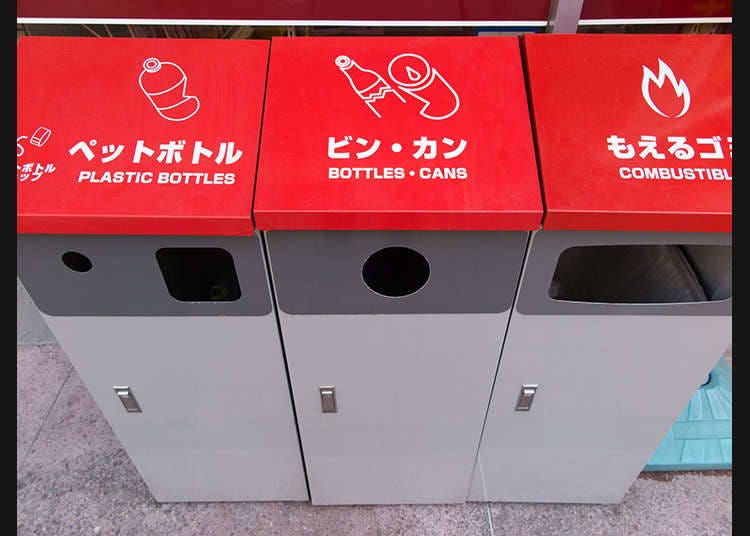 You might find yourself wandering through Tokyo or any other big city, looking for a trash bin. For various reasons, they are sometimes scarce. If there are no trash bins around, bag up your trash and carry it with you until you can dispose of it properly. Japan also emphasizes proper recycling, and there are many bins for "burnable waste,” which include paper products, "non-burnable waste" for plastics and the like, and bins for PET bottles and cans, which can be thrown away separately.

Make Sure to Clean Up 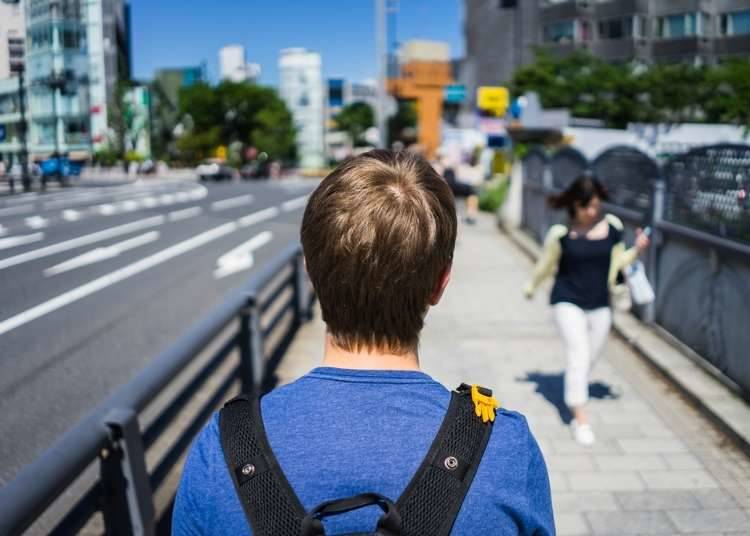 From the time they are very young, Japanese children are taught to clean up and take care of their shared spaces. In elementary schools, there is a special time for "cleaning the classroom,” and you may have seen pictures of young children wiping the floors of their schools. This is just one aspect of what Japanese consider virtues. People are also taught not to both others, and so they willingly share public spaces and often defer to others around them. When you are walking on a street in Japan, be careful not to spit or toss gum on the sidewalk, as these things are also considered very rude. 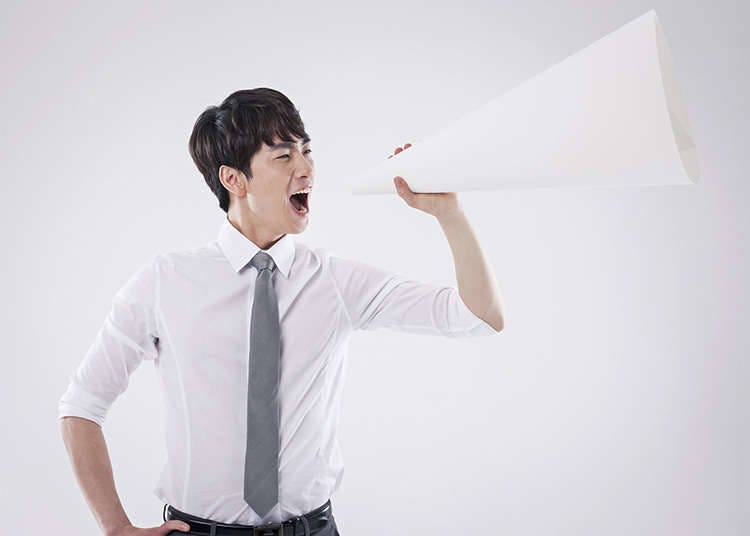 As already mentioned, Japan is a very considerate country, so when taking in the sights of the bustling city, please avoid being too loud in public places. Talking to your friends, laughing and joking around is perfectly all right, but unnecessarily raising your voice or yelling can draw negative attention and is regarded as a nuisance. You will notice that almost no one speaks in an elevator, and talking loudly on the phone, particularly in a confined space such as a bus or subway or train, is especially frowned upon.