HOME The History and Nature of Shintō 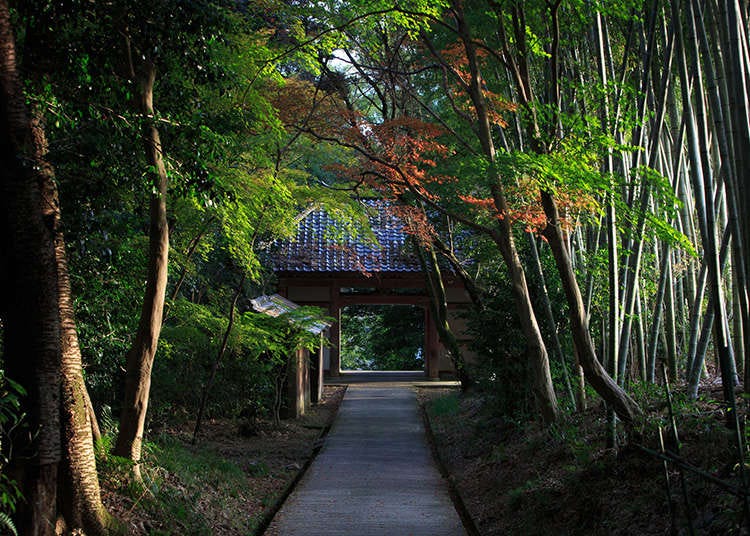 The History and Nature of Shintō

Shintō, most often represented by a red gate called torii, is one of the most prominent ideas to have influenced Japanese history, society, traditions, customs, stories, and legends. It can be hard to understand what Shintō is — in fact, many doubt its status as a proper religion because of the lack of deities, guidelines and written rules.

The Origin of Shintō

Unlike other religions, where the creation of a core book or document is seen as the starting point for the religion to first spread and become recognized, Shintō had already been well established as the native belief of Japan when the first writings about mythology emerged. The earliest work, and undoubtedly one of the most important documents throughout the whole of Japanese history, is the Kojiki. Completed in the beginning of the 8th century, it is the oldest chronicle dealing with the history of Japan. By the time the book was written, however, Shintō already had a century-long history.

The Deities of Shintō: Kami

The Shintō belief system is centered on a shamanistic view of nature which is full of kami, the spirits that animate Shinto belief. In contrast to many Western religions, kami does not refer to a single omnipotent deity, but to a universe of natural spirits. In fact, there are millions of kami: there can be one for every tree, rock, river, or gust of wind. Kami are not gods — they are the manifestation of the natural world, and therefore, it is more accurate to call them “spirits.” As such, honoring and worshiping kami means honoring and worshiping Nature itself. This is why perishability and beauty in imperfection – such as a cracked rock or a slightly brown leaf – are also major parts of Shintō belief.

How Japan Came to Be

Pretty much every religion has a core belief surrounding the creation of the world, and Shintō is no different from that. In this case, “the world” is, of course, Japan, as the ancient inhabitants of the islands hardly knew what lay across the ocean. According to historical documents, the existence of the Japanese islands, as well as many of the most important kami, can be attributed to the divine siblings Izanami-no-Mikoto, She Who Invites, and Izanagi-no-Mikoto, He Who Invites.

In the beginning, according to the myth, Earth as we know it was just a liquid mass. The siblings were given the task to create solid ground from this mass by other divine kami. To help them in their endeavor, they were given the Ame-no-nuhoko, a jeweled spear with which to rule the land. Standing on the Floating Bridge of Heaven, also referred to as Rainbow Bridge, they churned the waters of Earth with the spear, and as they lifted the blade from the sea, drops of salt water trickled down from it. As these drops touched the waters below, land was formed – the first bit of Japan.
Eventually, Izanami and Izanagi married, and their many children became the main islands of Japan, as well as the numerous surrounding smaller islands. Some of their children even became the wind, mountains, or water.

Amaterasu-ōmikami and the Imperial Family of Japan

Amaterasu-ōmikami, or just Amaterasu, is the main goddess in Shintō belief, the ruler of the sun and the heavens. She is also responsible for separating day and night when her brother Tsukuyomi-no-Mikoto, kami of the moon, murdered Uke Mochi, kami of food. Following this act, Amaterasu judged her brother to be evil and split the sky that they had ruled together in half, creating night and day.
Most importantly, Amaterasu-ōmikami is said to be directly related to the Japanese Imperial family. The very first emperor of Japan, Emperor Jimmu, ascended the Chrysanthemum Throne in 660 BC, making the Japanese monarchy the oldest in the world. According to the Kojiki, Emperor Jimmu is Amaterasu's direct great-great-grandson.

Not only is today’s Imperial Family still linked to Amaterasu, but also many ancient rituals of cleansing and nature worship can still be seen in Japanese society today. A lot of people visit Shintō shrines to ask for a kami’s blessing, such as just before an important test in school, a job interview, before the birth of a child, or even when hoping to get a raise. Another way to express respect and one's relationship to the kami are food offerings, called shinsen. Things like sake, mochi, or onigiri are often used as offerings. While rice in particular plays a big role in this ritual, as one grain of rice is often used to represent a tamashii, a human soul, anything edible can be left, even drinks as simple as a bottle of water.