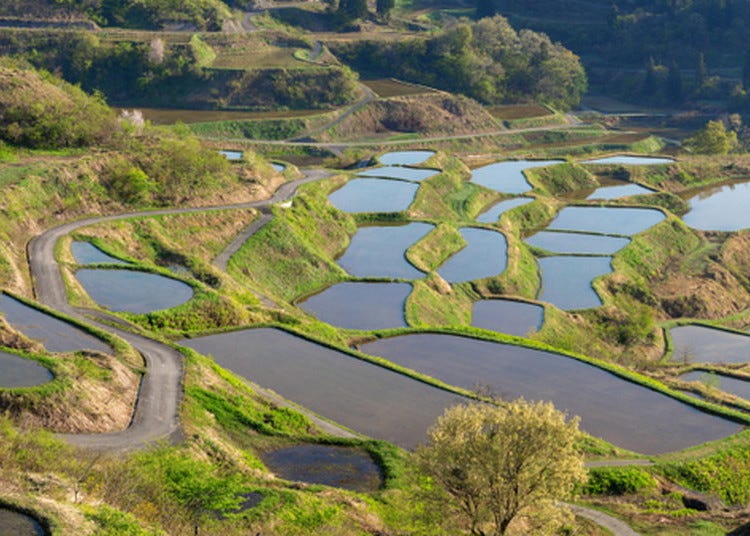 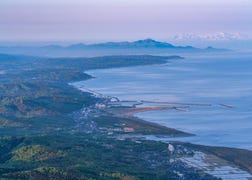 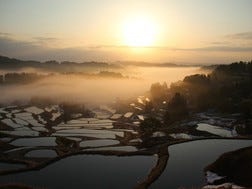 This region is famous for producing top-quality rice and sake. If you want to enjoy the best view of Hoshitoge no Tanada (Hoshitoge rice terraces), known for its surreal scenery of rice terraces and a sea of clouds, prime seasons are spring to early summer, when the rice paddies hold water, or late fall. Here you'll see the "water mirror" effect, where the water in the rice terraces reflect surrounding landscapes, sky and clouds. 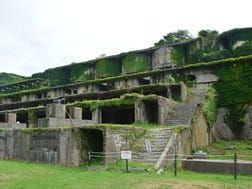 Known since ancient times as an island that yields gold, Sado has a maritime climate with four distinct seasons that bring stunning scenery with every change. The island's active agriculture and fishing industries produce a feast of Sado-brand food items. And visit Sado to experience many unique traditional art performances, including Onidaiko (a drumming performance) that you'll only find on this island.

The Niitsu Summer Festival is a major annual festival at Horiide Shrine, and said to have continued ever since 1573. On August 16, local dancers dance in the streets singing the traditional folk song "Niitsu Matsusaka," and on August 19 and 20 you'll marvel at seven large floats dramatically careering through the streets and slamming into each other.

From Tokyo Station: Ride the Niigata-bound Jyoetsu Shinkansen for 125 min., and get off at Niigata Station.