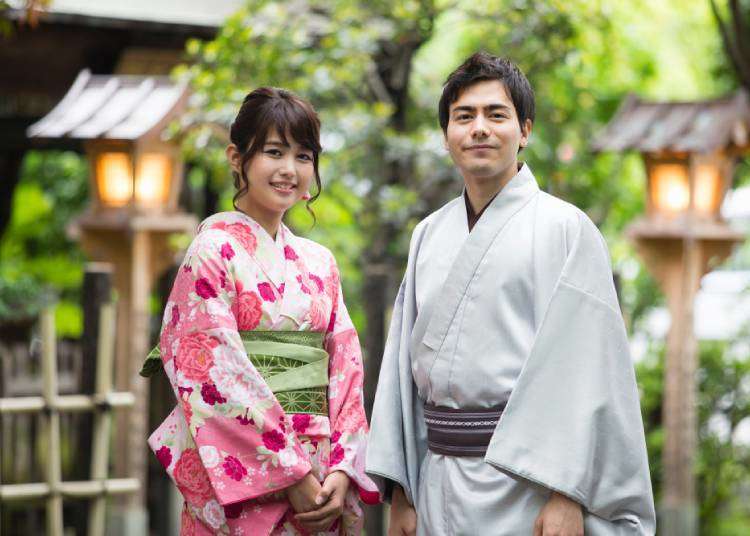 Internationally renowned Japanese Culture: The Most and Least Favorite Traditions Ranked by Foreigners

Recent trends in consumption have shown that more and more people want “products with meanings” rather than just “products”. This seemingly includes tourists visiting Japan as well, as their numbers rise with every year.

Be it washoku, judo, or anime, Japanese culture is well-loved around the world, but which parts exactly are they? And are there any which foreigners are not very good with? We interviewed a number of foreigners who have lived in Japan for a year on what they thought.

To no surprise: Taking the top spot is “Anime” 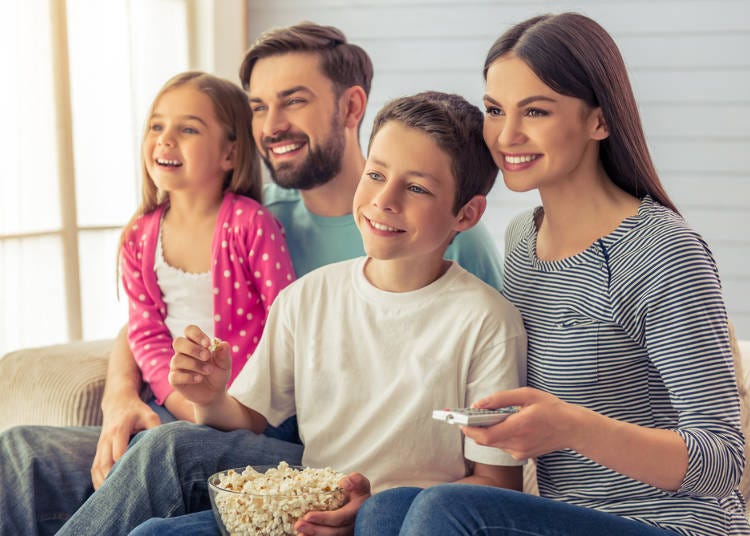 As expected, Japan’s anime is the undisputed number one in terms of popularity. Suitable for anyone and everyone, with Anime Expos held all over the world including countries like America, Britain and Brazil. Impressive as it is, just what Anime are being watched now?

“Ever since my parents made me watch Evangelion, I’ve been in love with Anime.” (Male, Korea)

“I also like Evangelion. I went all the way to Fuji-Q Highland to get a glimpse of Unit 1.” (Female, America)

“I really like Gundam! Seeing the live-sized Gundam in Odaiba really moved me.” (Male, Taiwan)

Other popular series like “Dragonball”, “Naruto” and “Sailor Moon” were also mentioned, and many people who watched them in their childhood still watch them even now.

Impressively, it seems that many visitors took the journey here due to anime, whether it be to see life-sized models or to visit the towns where the anime took place in.

Unexpectedly listened to by many: J-Pop 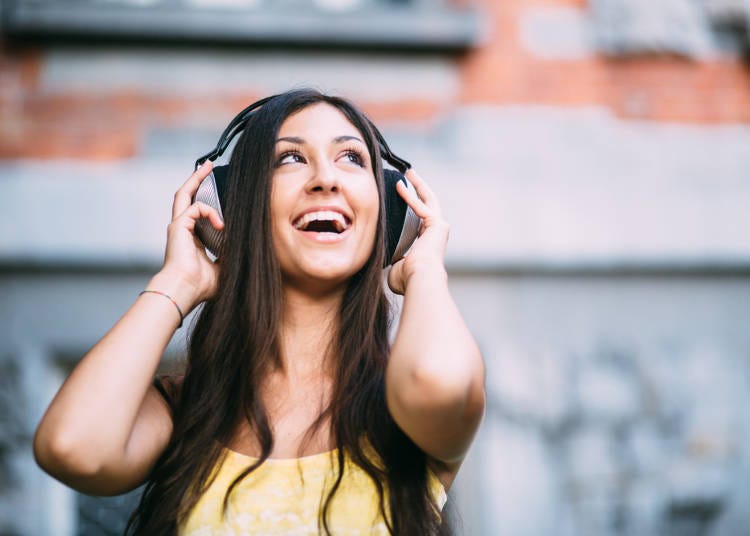 To the Japanese, J-Pop is not something that has much influence overseas. However, it seems that there is an unexpectedly large following.

“I started listening to J-Pop since long ago. I’m a huge fan of Nishino Kana, Utada Hikaru, and Hatsune Miku.” (Male, Taiwan)

“I also listen to Hatsune Miku. Sakamoto Ryuuichi is also pretty well-known. I hear his songs floating around a lot.” (Male, Korea)

“As for me, I occasionally listen to ONE OK ROCK. They come to America often for lives.” (Male, America)

Not only did all of them listen to J-Pop, about half the participants responded that they were fans of Hatsune Miku. It seems that the America-touring virtual idol is quite the brand name. Other popular mentions were ONE OK ROCK and Utada Hikaru, artists who often have overseas performances as well. Japan’s beloved popular music may very well become even more popular from here on out.

Rated highly as most and least favorite equally: Washoku 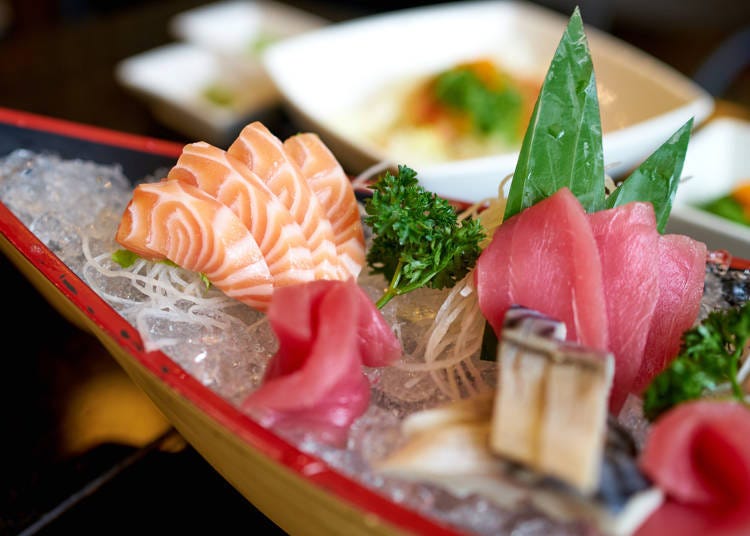 Washoku has been steadily gaining interest yearly, having been successfully listed under UNESCO’s Intangible Cultural Heritage. Despite being one of the main objectives of many people who visit Japan, how many people have actually tried washoku?

“I love Japanese cuisine! I’m currently living in Japan, and I often eat out with my friends at places like 100-yen sushi restaurants. Natto though, I really can’t take. I guess I can if it’s mixed with eggs?” (Female, Vietnam)

“I’m into food like udon and soba. Japan really has many different kinds of noodles, and they’re all pretty good.” (Male, Taiwan)

“On the other hand, I never really liked fish from the start, so I’m not that fond of Japanese cuisine. Especially raw fish! I know it’s popular, but I really don’t want to eat that.” (Female, America)

It seems that the chief representation of washoku, sushi, has garnered divided opinions. As expected raw fish is not easily acceptable, even in Japan where the slices are the freshest available.

On a similar note, natto is something you either love or hate, and is not popular with foreigners. The stench coupled with the slimy texture make it hard to like.

One of the more interesting comments we’ve received was regarding food stalls at festivals. Quite a few people had comments like “the yakisoba was really expensive despite the serving not being very big” or “the anzuame looks cute but not appetizing”.

Highly popular, but not without its detractors: Flower Viewing 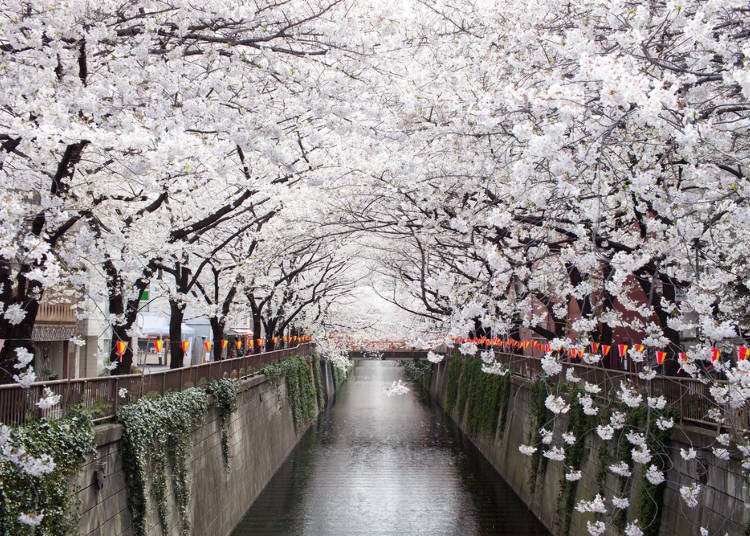 “When you think about Japan, it’s definitely cherry blossoms!” Quite literally, everyone and anyone in the world would likely think the same, and flower viewing is the perfect way to enjoy the sight, one of the top things that visitors want to see when they come to Japan. Participants who’ve actually tried flower viewing gave the following responses:

“Riding my bike along a road of cherry blossoms was amazing! It was so romantic, it felt really good. I also had a blast picnicking under the trees.” (Female, Vietnam)

“America might have cherry blossoms as well, but nothing beats the real thing! I’m looking forward to next year as well!” (Male, America)

“Flower viewing is all right and all, but there’s often so much people, it’s become people watching instead of flower watching. There’s a lot of rude people as well, so I guess I’m not going for anymore ones.” (Taiwan, Male)

There were a good number of participants who said they had fun flower viewing or that the sight was a beauty to behold. The period where the cherry blossoms enter full bloom is short, so being able to experience it is a memory in itself. Again, if one talks about flower viewing, it’s definitely about sitting below the cherry blossom tree and having a picnic, but it seems that many foreigners simply stop at just watching the flowers.

There was also a group of participants who, while wanting to go flower viewing, feel that many other factors such as the smell of alcohol, the amount of rubbish, and the hustle of the crowds that ruin the experience. A pity for such a gorgeous scene?

Being naked in front of others is embarrassing!? The most discomforting Japanese culture is “Public Baths and Onsens” 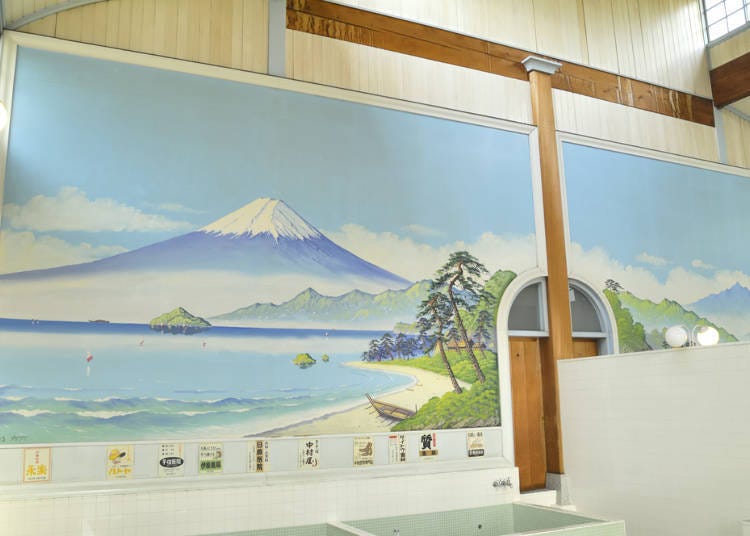 Everything goes off in Japan’s public baths and hot springs, and while the Japanese are certainly used to it, it’s well-known that many foreigners are quite opposed to being naked in front of others. Not wanting to go to an onsen because it’s embarrassing seems to still be the majority.

“I’m a little bit sensitive about going into public baths naked with others. Taiwan also has onsens, but we wear swimsuits in.” (Taiwan, Male)

“Going in alone is alright with me, but I won’t if I’m going in with my friends. I just can’t be in my birthday suit in front of my friends.” (Male, America)

“I was a bit apprehensive at first, but its fine once you get used to it. I no longer feel embarrassed about it. Although, I’ve never tried entering public baths before, so I do want to challenge it.” (Female, America)

According to the responses many of the boys were against naked socializing. On the other hand, most of the girls said that they got used to it and now go to public baths frequently. Again, many of the boys commented that if they would be fine if they were alone without anyone they knew. It seems that most people felt that it was embarrassing to have those close to you see you naked.

Another thing that was brought to light through this interview was that many people were still unaware of the existence of public baths. While it’s true that public baths have been dwindling in number, new ideas such as herb baths and mist baths have been implemented, and are growing in popularity. Tourists visiting Japan should definitely try them out.

While many are experienced at it, it’s hard to progress: “Karate” 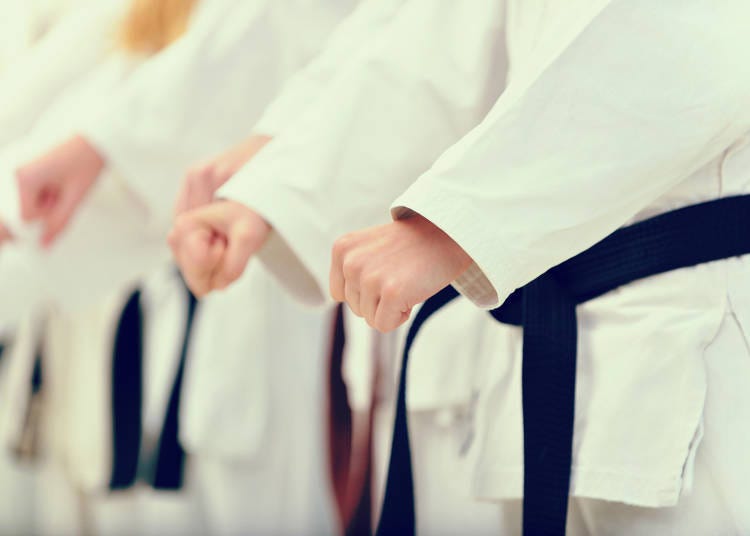 Among the famous Japanese martial arts like judo, kendo and sumo, the Okinawan-born karate has the most amount of practitioners. There are many foreign practitioners as well. However, while many have experience with it, people who actually have a passion for it are comparatively little.

“I actually practiced karate for a year, you know! I gave up though, because it takes a lot of time to proceed through the ranks. At least I know some form of self-defense now, so I think learning it was a good thing for me.” (Male, America)

“For me, it was during a lecture. I didn’t get any stronger, though, and just stopped there.” (Male, Korea)

In Karate, the color of your belt reflects your rank, starting from white and reaching black. This requires years of experience, and due to how much time is needed despite feeling like not much progress is being made, some are unable to sustain interest in it and eventually stop. While practicing karate might be useful, the road to the end goal is long and not just anyone’s cup of tea.

“Karate sounds interesting! Though I’ve never actually tried it before. It seems like it’ll be very useful for self-defense.” (Female, Vietnam)

On the other hand, there are people feel that it’s worth trying for the sake of practicing self-defense. Not only protecting yourself, but protecting others as well, the path to becoming strong requires much perseverance, but one can find fulfillment in slowly growing stronger as well.

Seeing is fine, trying is, well… anyways “Sumo” is on the list 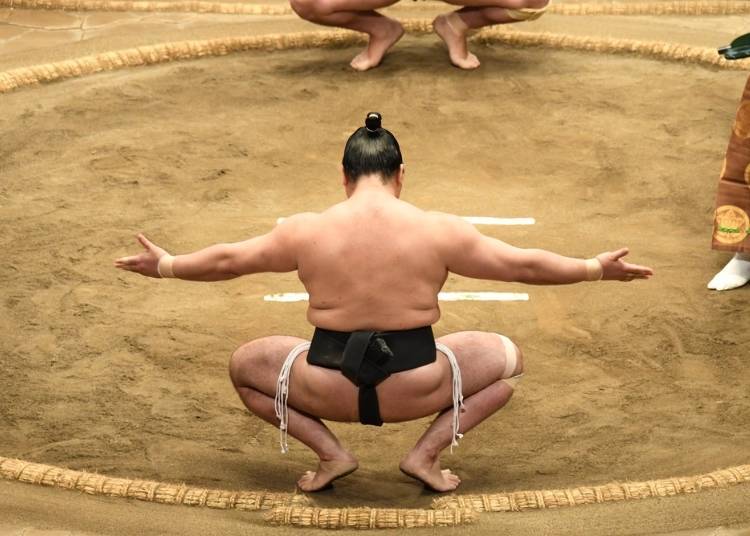 One can see more foreign audience in the sumo grounds than before, and even among Japanese tickets are getting harder to buy due to its growing popularity. However, actually participating in a sumo match seems to garner much apprehension, according to the responses.

“Believe it or not, I’ve actually tried sumo wrestling before. I absolutely disliked having to take off my clothes, so I stopped after one try.” (Male, Taiwan)

“I don’t really like sumo. The wrestlers are pretty much naked so I’m not that comfortable with that. It’s interesting to watch, but I’ve never considered trying it.” (Male, America)

Unexpectedly the men were the ones with negative views on sumo. The sport requires wrestlers to be naked apart from a loincloth while being in close proximity to each other. To them, sumo is strictly something to be enjoyed by watching, not participating.

“I’ve never seen an actual sumo bout in person before, but it’s definitely on top of my list of things I want to see in Japan! I would like to try it myself one day.” (Female, Vietnam)

On the other hand, the women had rave reviews about how the wrestlers look cool while showing their strength, and would want to see an actual match in-person. Some even said they wanted to try it! It was an unexpected result, that sumo would be more popular with women than men.

Other than the above feedback, there were many other comments on things the respondents have never tried before but would like to, like how they’d like to watch baseball in Japan as it is also popular in their home country, or how Japanese bread is very different from western bread and they’d like to know the manufacturing process.

We’ve covered a lot of unique Japanese practices here, but there are still much more to try out in Japan. Challenging oneself to try out all these traditions is a sure way to get to know Japan better!

Article written in cooperation with: