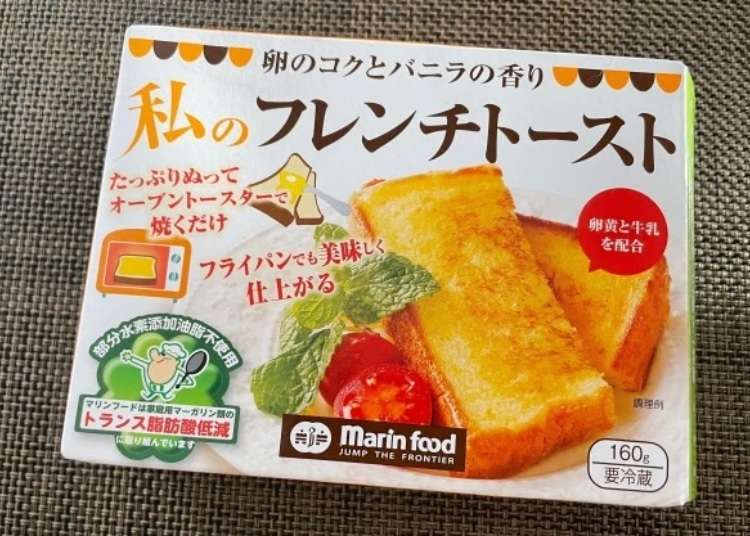 New spreadable French Toast from Japan is a game-changer

The easiest way to make French toast? Simply spread it on bread!


After tasting the wonders of spreadable curry bread and spreadable Melon Bread, there’s now a new spread in town out to steal our hearts, and this time it’s filled with the flavours of French Toast.

Created by Osaka-based Marin Food, whose tagline is “Jump the Frontier”, the new spread is called “Watashi no French Toast” (“My French Toast“), and our reporter K. Masami came across a tub at import food chainstore Kaldi for 298 yen (US$2.19).

Masami loves French toast, but can never be bothered to go to the trouble of preparing the eggs, milk, and butter to make it, plus the thought of having to deal with a pile of washing up afterwards just never made it worth her time.

So spreadable French toast sounded like a dream come true for Masami, and judging by the ingredients, it looked legit, as it contained the essential ingredients of eggs, vegetable oil, milk, salt and sugar. 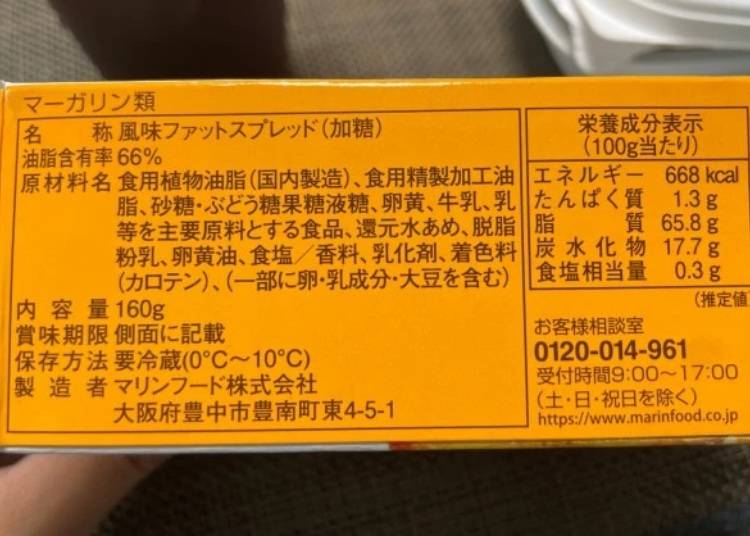 The steps to making French Toast looked super easy as well — simply spread a generous amount, a little over 1 tablespoon, or about 20 grams (0.7 ounces) is recommended, on one side of the bread, then pop it in the oven toaster, or alternatively spread it on both sides of the bread if using a frypan to heat it, and then you’re done! 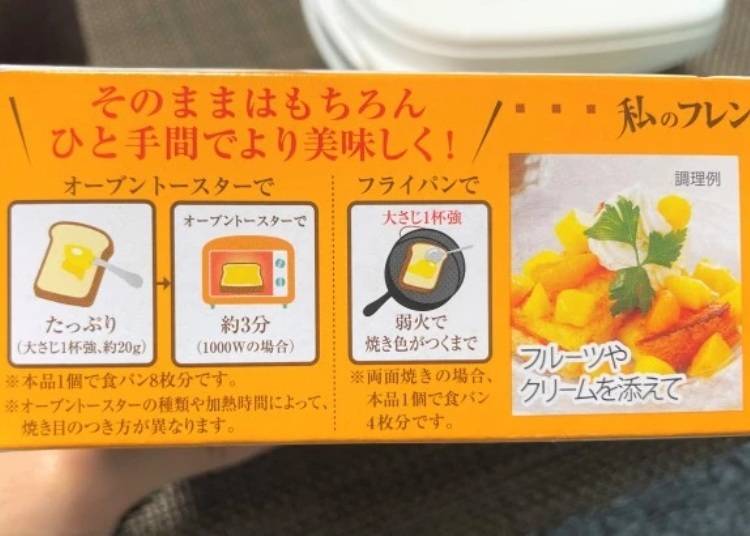 Each tub contains 160 grams of spread, which is said to make 8 slices of bread, or four if you’re applying it to both sides when frying it on the stovetop. 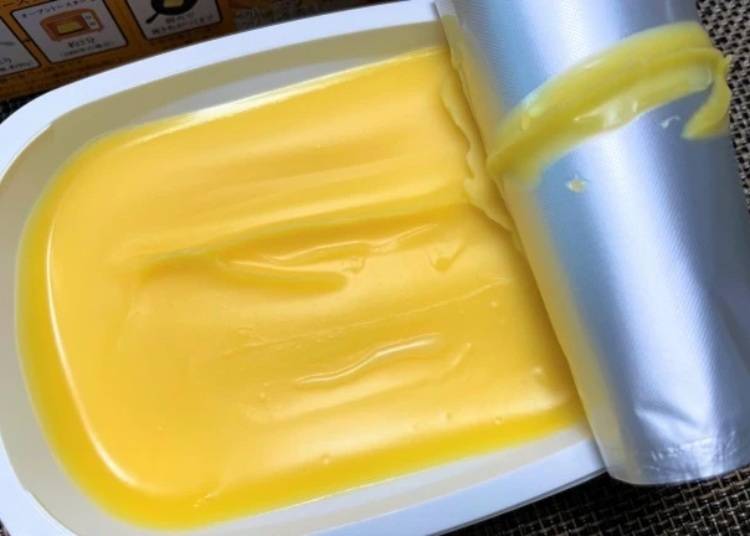 That seemed like each slice would contain quite a lot of spread, but seeing as it was Masami’s first time using it, she dutifully followed the instructions, opting to fry it on the stovetop so she could enjoy a double-dose of spread. 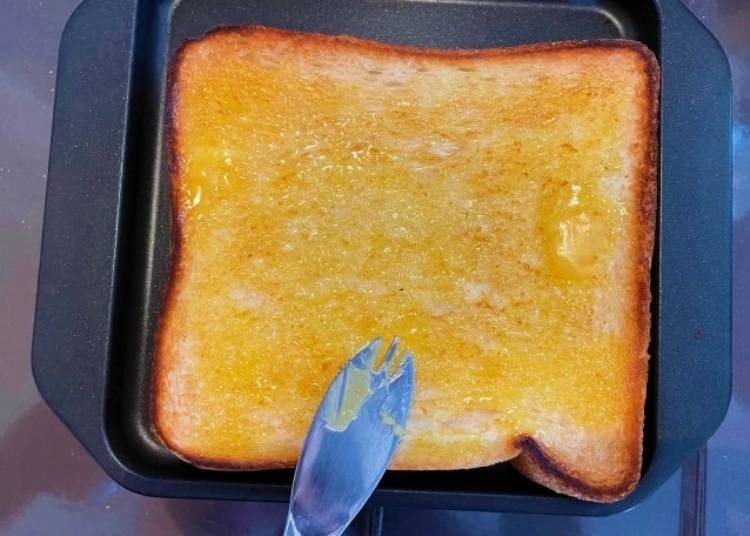 The colour of the spread was darker than ordinary butter, and once it was on the bread, it glistened with all the same rich golden hues as French toast. As it began to heat up, the sweet scent of vanilla drifted through the kitchen, and the bread began to transform into French Toast before Masami’s very eyes. 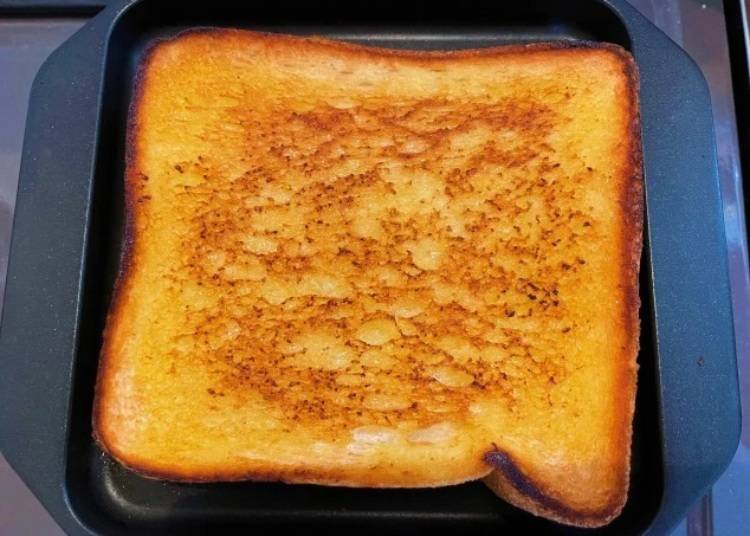 Popping it on a plate, Masami hardly waited a moment for it to cool as she couldn’t resist the aromas that were inviting her to take a bite. As soon as she bit through the crunchy-soft toast, she was blown away by the flavour — it was eggy, sweet, salty, buttery, and oh-so delicious. It was incredibly similar to French toast that had been made by hand using fresh ingredients, and the scent of vanilla added an extra touch of irresistible flavour to each mouthful. 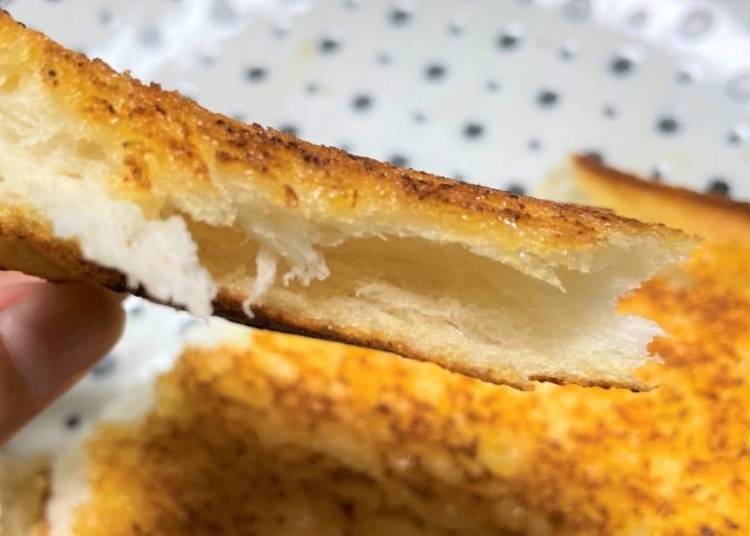 Plus, having it in spread form allows you to use it in all sorts of different ways, like adding it to pan-fried potatoes. 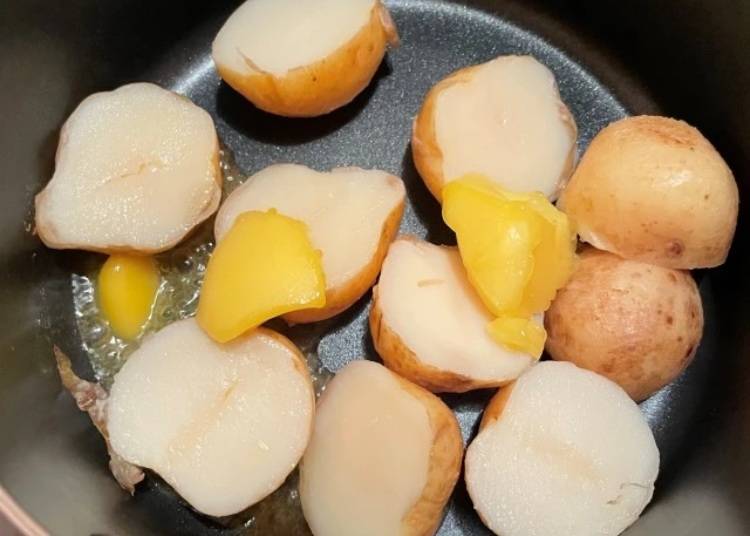 The spread brings out the natural sweetness of potatoes, creating a salty sweet side dish that’s unlike anything Masami has ever tasted.

▼ The world needs to know about French toast potatoes. 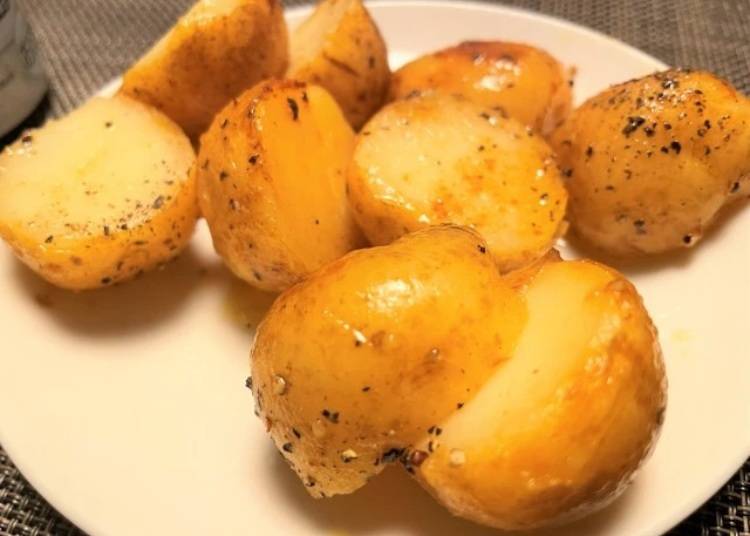 While the potatoes were a taste sensation, the crispy-on-the-outside-fluffy-on-the-inside texture of Japanese shokupan bread was a match made in heaven for the French toast spread. It was so good that Masami made another slice, this time in her oven toaster, and it was just as delicious. 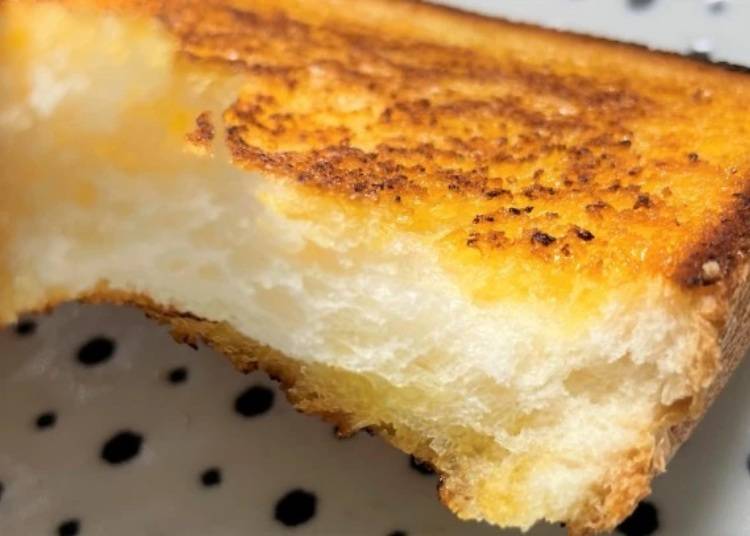 If you love the taste of French toast but can’t be bothered making it, you’ll fall head-over heels for this amazing new spread. On the other hand, if you don’t mind making French toast the old-fashioned way, but with a Japanese twist, then you’ll love this hack that uses a whole carton of Japanese pudding!

Mos Burger’s new French toast: A delicious breakfast with a side of linguistic challenges
Michelin-approved Japanese chef teaches us two gourmet-standard dishes using ice cream and toast
Red bean paste and cream cheese — a divinely sweet combination?
Japanese Sumi Toaster brings charcoal cooking technology to sliced bread
Is a camping toaster from Daiso any good? We tested one so you don’t have to!
*This information is from the time of this article's publication.
*Prices and options mentioned are subject to change.
*Unless stated otherwise, all prices include tax.