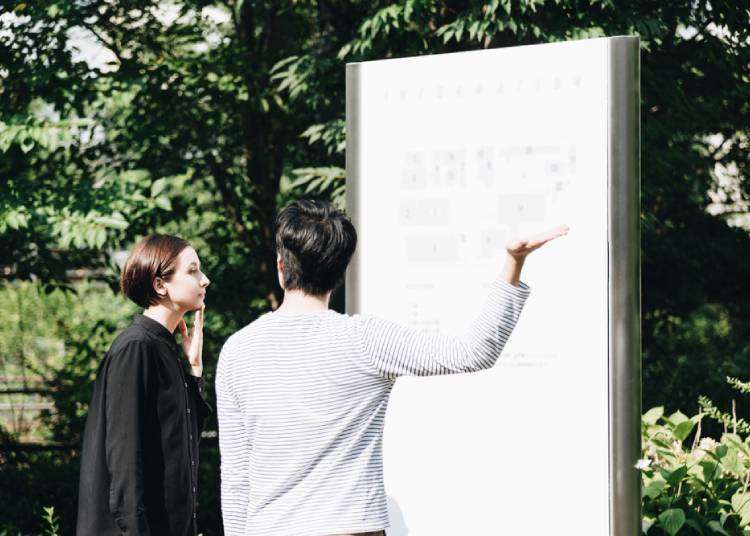 The Weird Truth Behind Why Japanese People Can’t Speak English

Even in this global age, we Japanese people tend to not be able to speak English, despite having been in contact with the language for about 12 entire years. Naturally, just like every other subject, it also depends on personal strengths and weaknesses.

For some, it’s a breeze while others struggle. However, even those who excelled in English class tend to not be very good at the language when confronted with the reality of speaking. Why is that - what is the deal with Japanese English? 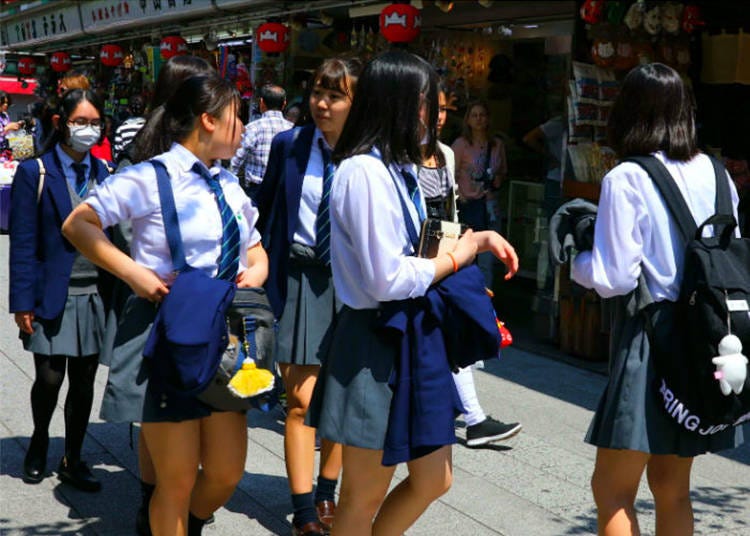 The main issue with English lessons at Japanese schools is the lack of methods that focus on using what was learned in class, meaning to actually practice speaking. The English level taught at schools is basically limited to “reading” and “writing.” Students learn to pass their next test, and there is little time spent on practical use.

In higher classes, assignments often mean long papers, but those aren’t very practical either. And still, students should have a high grammatical knowledge and it also doesn’t mean that they have a small vocabulary – it is rather large, in fact. 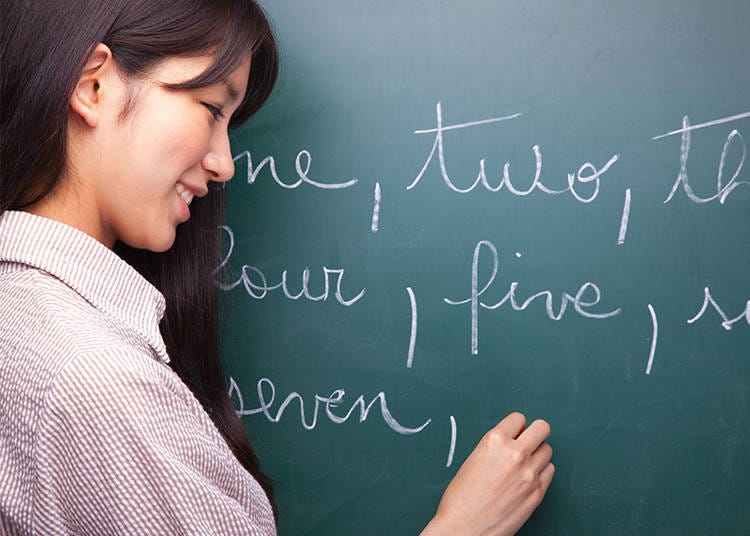 The teacher stands and teaches in front of the blackboard while the students quietly take notes. An old-fashioned setting like this is not suitable to properly learn English. In certain cases, the English level of the teachers themselves is not particularly high. Recently, there has been an increase of a more practical approach that has students actively speak to each other and the teacher more.

However, actual speaking is still seen as difficult and hard to do, and it is not only about studying the language itself, but also about the indispensable process of “improving your skill by making mistakes” – that is what is lacking. Basically, the teacher is the only one who speaks, the students listen, and then repeat what was said to learn the pronunciation.

2. Japanese English Classes: Speaking, But Not Learning the “Necessary Skills” 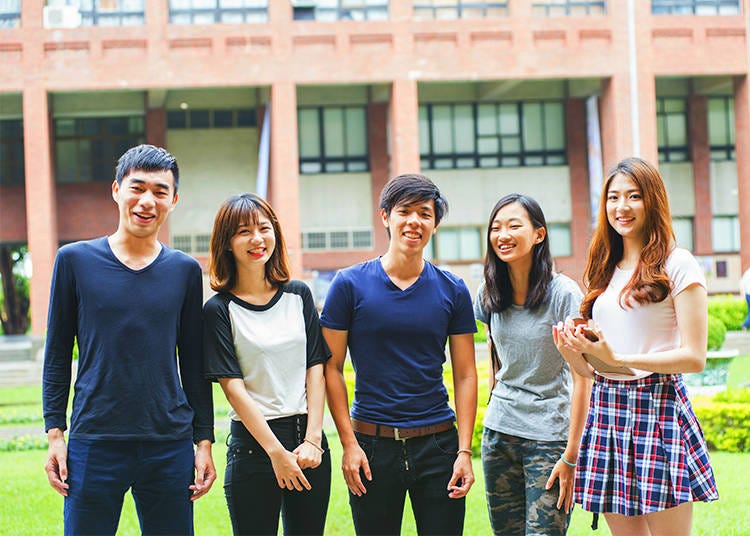 We learn all kinds of things in Japan's English classes, but we have no space to put it to use. And because right now there is no such space for actively using the language, the result is that people simply do not know how to use it. There also is not enough time to practice what was learned. We have few opportunities to meet people from outside of Japan, few opportunities for conversation, and we generally don’t have a lot of contact with English, except for watching videos or the likes. So we end up using Japanese English.

What’s needed to speak a language isn’t a large vocabulary or knowledge – it’s skill. Even if you know all the theoretical rules, it is obvious that you will not get better unless you get speaking experience, right? Conversation is so much more important than simply trying to pronounce words. Understanding comes afterward, merely stuffing vocabulary and phrases into your head has little meaning. English class in Japan is like learning how to throw a basketball in theory, taught every week – just that you never actually put it into practice.

3. The Fear of Mistakes and Missing Out on Opportunities 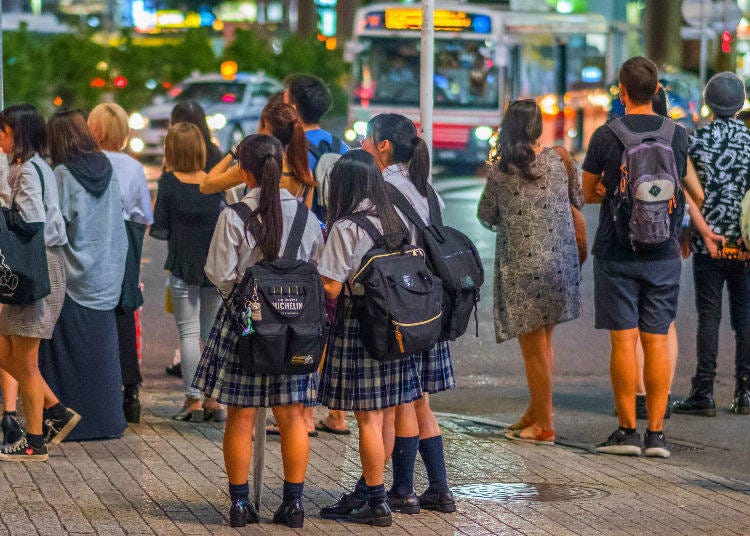 “Making a mistake means learning something that you didn’t know before.” Of course, this way of thinking is also present in Japan. However, rather than students being encouraged to make a mistake in class, an “environment where no one speaks the language perfectly,” they don’t challenge themselves and don’t make mistakes.

Instead, they go what can be called the “Japanese route” and focus on avoiding the embarrassment that comes with making a mistake. Shyness is part of Japan’s national character and the “communication skill” that goes along with it. Japanese people grow up with the awareness that everyone’s eyes are constantly on them, and said shyness is coupled with the discomfort of speaking in front of others – and that also goes for classrooms. 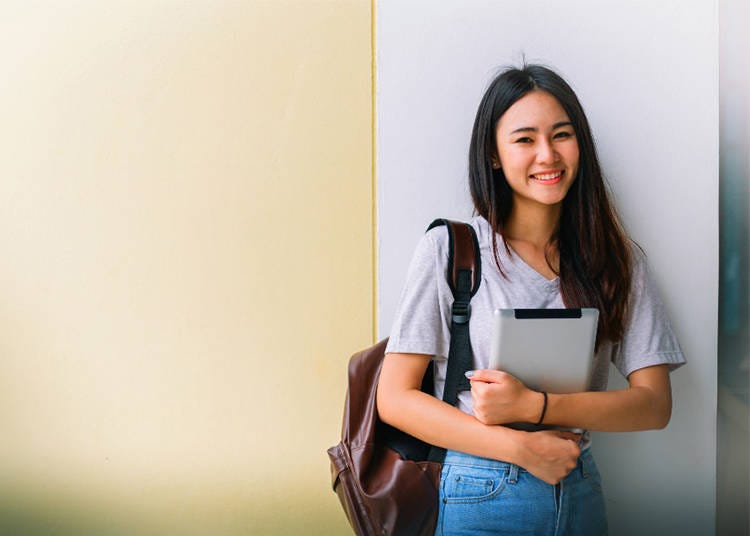 For Japanese people, being able to speak English often doesn’t feel necessary but rather like an optional skill that’s nice to have but isn’t indispensable. This is especially true outside of Tokyo, in areas such as the Kansai region with Kyoto and Osaka, where there are fewer expats who offer an opportunity (or a need) to speak English. And still, when it comes to foreign languages, only English is taught in schools. With the many tourists from Western countries visiting Japan every year, there is a strong, unilateral desire to speak English – but really, it does not go beyond “wanting to.”

Right now, Japanese people also aren’t able to notice English expressions that seem weird to native speakers. English looks cool, but it’s a foreign language that people can’t speak and hence they don’t understand the proper meaning of English expressions either. No one thinks about this in the first place. There are plenty of people who will buy something if the design looks cool or they like the brand. If you come to Japan for vacation, wander around the streets of any Japanese city for a while and pay attention to people’s T-shirts. You’ll find plenty of weird Japanese English on them.

On top of that, compare Japan to other global countries. The overwhelming majority of people here still is Japanese. Recently, more people from abroad have migrated to Japan, especially in larger cities, and you’ll see more non-Japanese faces in the streets. However, this is not at a level at which Japanese people need to be able to speak English yet, so for us, the chances of having to speak English are still low in the first place. 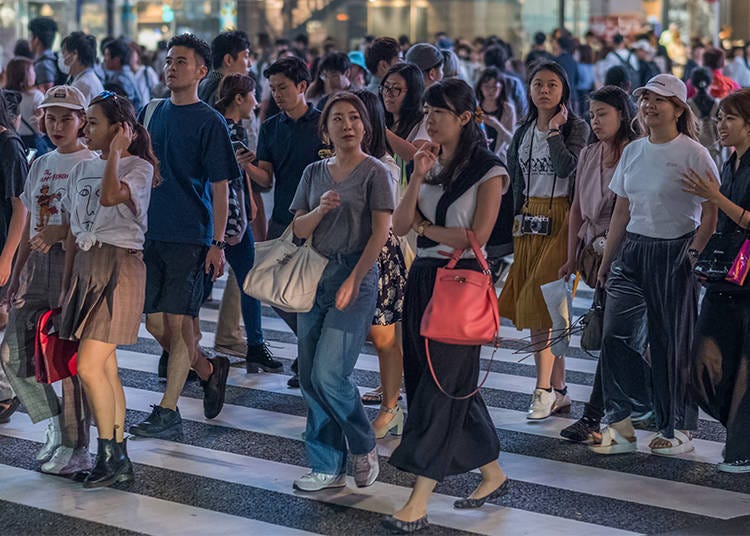 Something that Japan can be proud of is the rapid cultural growth of the country and its companies. All sorts of different ideas, from food to IT culture, have been absorbed and integrated successfully from all over the world. Japan is known for picking up an international concept and putting a unique Japanese English twist on it. The omelet turning into omurice, are two examples of this. If it doesn’t interfere with a foreign language, Japan is excellent at adopting concepts from abroad, such as food. Only English has been incorporated into Japanese culture in a rather weird way.

Television becomes terebi, Apple becomes Appuru, table becomes teburu, patrol car becomes patoca, and air conditioning turns into eacon. Those words are called katakana words, spelled with the syllabary for foreign terms and have become a natural part of the Japanese language.
And this is the issue. Japanese people often don’t know how to properly pronounce words such as “black,” “red,” “light,” and “right,” because they think of katakana words.

Even native English speakers have trouble understanding words such as patoca or eacon because plenty of people seem to think that these katakana words – coming from the English language, after all – are obvious. Smartphones are called smaho and when a Japanese person speaks about Makku, they actually talk about McDonald’s, the fast-food chain. Former SMAP-member and actor Takuya Kimura gets the nickname Kimutaku in Japanese, making him unrecognizable to everyone else. Abbreviations like this are a habit that katakana words seem to have a big influence on. 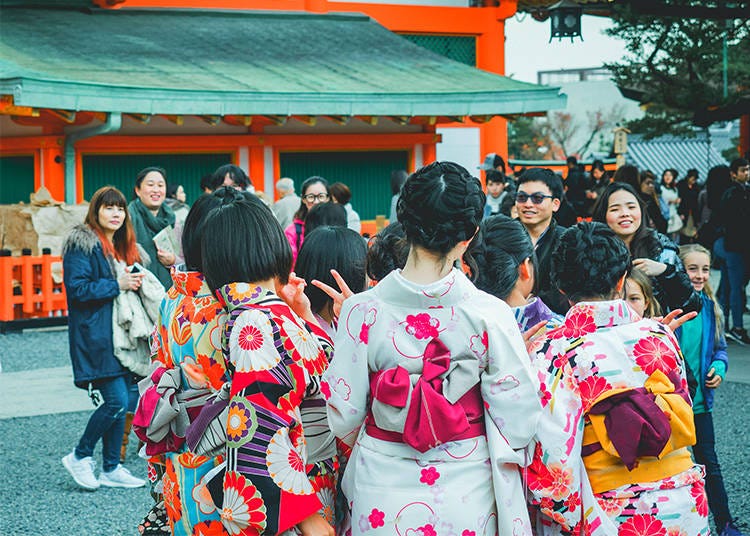 So-called wasei eigo ("Japanese English") is another factor that prevents people’s English skills from growing. If you hear the word “tension” in Japanese, used in everyday conversations, it refers to emotions such as excitement or being pumped up. You know that in English, “tension” means something entirely different.

The exclamation “I’m super high tension” means that someone is very excited or in a great mood, and yet no English speaker would understand it without knowing the Japanese meaning. English words are freely incorporated into the Japanese language, to the point where they lose their original meaning entirely.

Another example of this is “I want to image change,” with “image change” actually meaning a makeover in the sense of changing one’s hair, makeup, style, and so on. But without explanation, you would not understand it, would you? The grammar is wonky in this example, too, so the only thing that people get is the “I want to” – but what exactly?

Here’s another strange word: “game soft,” which combines the English words “videos games” and “software,” turning it into something unrecognizable for non-Japanese speakers. Examples such as abbreviating “software” with “soft” do have a harmful, large impact on the English skill of Japanese people.

On Japanese TV, you’ll see a format called wide show, which is the English “talk show.” That’s also an example of Japanese-created English, and the guests are talents (wealthy people). These are all words entirely natural for Japanese people but completely disconnected from their original meaning in English. That also makes them difficult to translate, as the words are, in fact, still English.

Wasei-Eigo: 10 Curious English Words that Made their Way into the Japanese Language 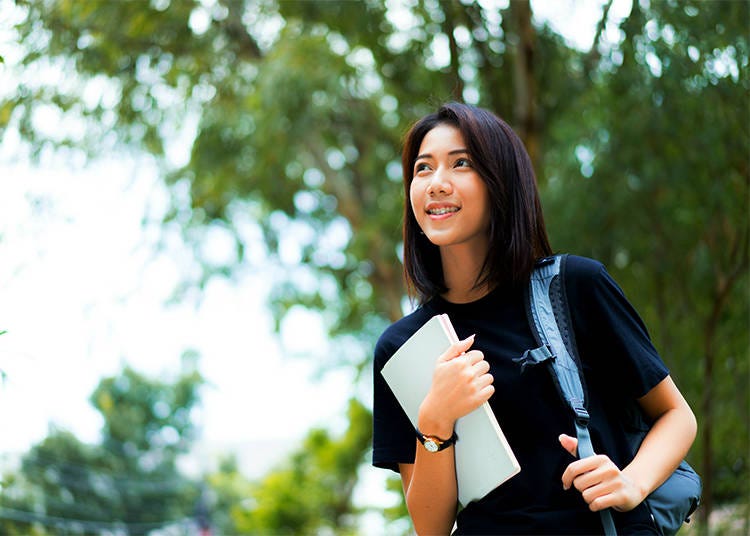 It is important to understand the different factors that play a role in stunting the English skills of Japanese people: learning only to pass tests, few speaking opportunities, a culture of being afraid to make a mistake, katakana words, and Japanese-created English. Until these factors are not properly recognized, there won’t be any improvements, no matter how much time spent on it. That is the essential issue.

In fact, Japan is full of people who want to speak English, but they simply do not know what to do to get better and hence there’s no progress. First of all, for us, it seems important to put ourselves in an environment where we can actually use English.

And if you visit Japan, do not let yourself be held back by thinking “Japanese people cannot speak English,” but approach us by speaking slowly and with words that are easy to understand. That leads to conversations, even if they’re short, but the person you’re talking to will have a huge confidence boost just by realizing that they’re able to communicate in English.

Without a doubt, Japan will feel a greater need for English as the world becomes more global. If Japanese people master English by understanding the factors that hold them back, their horizon will surely expand. And the horizon of tourists visiting Japan along with it. If you start to consciously learn and use proper English, you might be surprised at an entirely different world opening up to you.