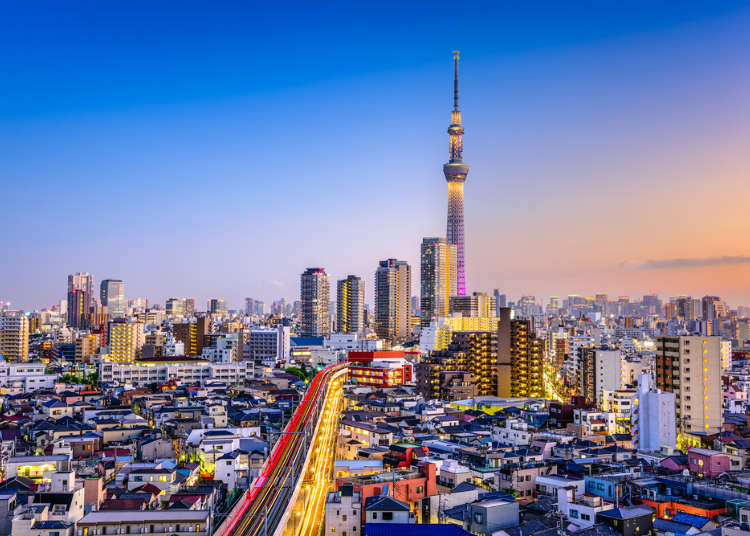 Here are the best in 'Other Museums' in the Ryogoku / TOKYO SKYTREE area, with travel tips and more, according to LIVE JAPAN, a top-class travel website for visitors to Japan. Our ranking is based on the most popular pages viewed by foreign visitors in a given category.

For instance, Tobacco & Salt Museum, The Japanese Sword Museum, Tobu Museum and other related spots will be listed. Be sure to check them out during your visit to Tokyo! 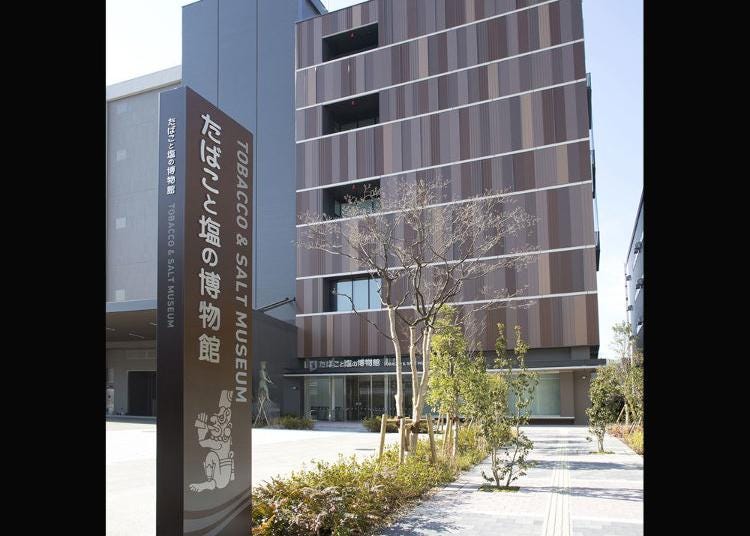 This is a unique museum established in Tokyo's Shibuya District in 1978. Tobacco and salt share something in common as they were both once protected by the government monopoly in Japan. Inside the museum is showcased the entire history and culture relating to tobacco and salt, with the former originating in the ancient civilizations of the Americas, while the latter has deep connections with human life itself. There are sections that introduce material collections such as unusual smoking tools, rock salt of the world, and ukiyo-e (color prints of everyday life in the Edo period). You can also see selected materials out of about 38,000 artifacts both from Japan and overseas in the exhibit hall, which is now twice as big as before the recent relocation to the Sumida ward and renovation in April 2015. It also covers a wide variety of tobacco and salt-related themes in special exhibitions. It has other facilities such as a workshop room, a reading room, a museum shop, and more. It is an eight-minute walk from the Tobu Skytree Line's Tokyo Skytree Station. 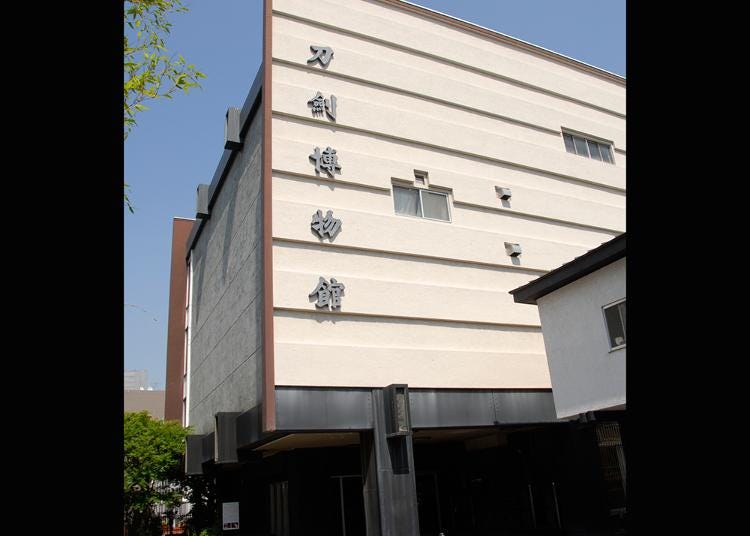 This is a rare museum specializing in Japanese swords. It was created by the Society for the Preservation of Japanese Art Swords established over 50 years ago. The museum's collection contains some 190 items including swords, mountings, fittings, armor, and information on metalwork. Swords, mountings and fittings by prominent swordsmiths from the Heian to Edo periods are generally on display. There are also special exhibitions such as for new swords and for winners of sword-polishing and mounting competitions. In recent years the museum has attracted an increasing number of overseas tourists. Japanese swords are not just weapons; their intrinsic beauty comes from a design that eliminates the unnecessary and focuses on function. Access just a 5-minute walk from Sobu Line Ryogoku Station, Toei Oedo Line Ryogoku Station A1 Exit. 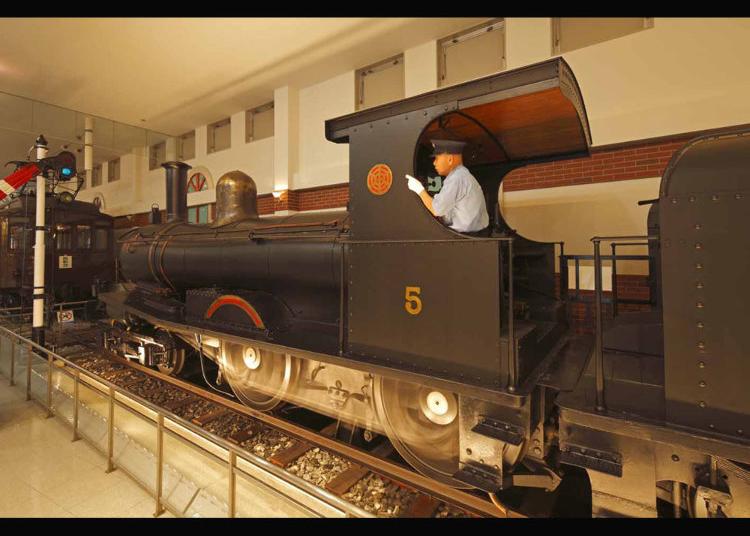 The museum was built by Tobu Railway Co., Ltd. in 1989 to commemorate the 90th anniversary of its foundation. It exhibits trains that used to serve the public, such as a steam locomotive of 1899, the year that coincides with the time of the company's foundation, and a wooden train that was in service in the 1920s. You can learn about the history of Japanese railway systems through the exhibition. There is also a simulation section, where you can experience the operation of the train and bus. This is popular among train enthusiasts. Children can experience the feeling of being a train operator by getting on an operator's compartment, sitting on an actual seat, and operating while looking at the monitor that displays the front view. There is also a panorama with a running 170-carriage model train, as well as an observation promenade at Higashi-mukojima Station where you can observe the wheels and engines of a running train at close range. The museum is close to the Higashi-mukojima Station on the Tobu Skytree Line. 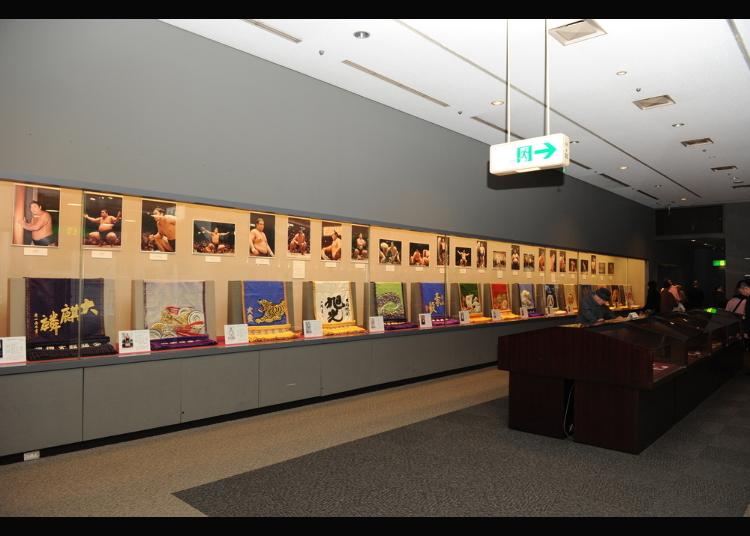 This museum is located inside Ryougoku Sumo Hall, where sumo tournaments are held. It opened in 1954 to keep sumo references at hand. Sumo wrestling, a national sport in Japan that originated from strength competitions, is related to the culture in several ways, such as rituals for harvest festivals and training for samurai warriors. It is an aspect of Japanese culture that has been beloved for more than 1,500 years. The museum has a single exhibit room where portraits of successive Yokozuna wrestlers are always displayed. Other exhibits change six times a year based on themes. English pamphlets are available that explain the origin and rules of the sumo tournament, where to see the latest rankings, and how to enjoy sumo as a ritual. A one-minute walk from the West Gate of Ryogoku Station on the JR Sobu Line, or a five-minute walk from Exit A4 of Ryogoku Station on the Toei Oedo Line. 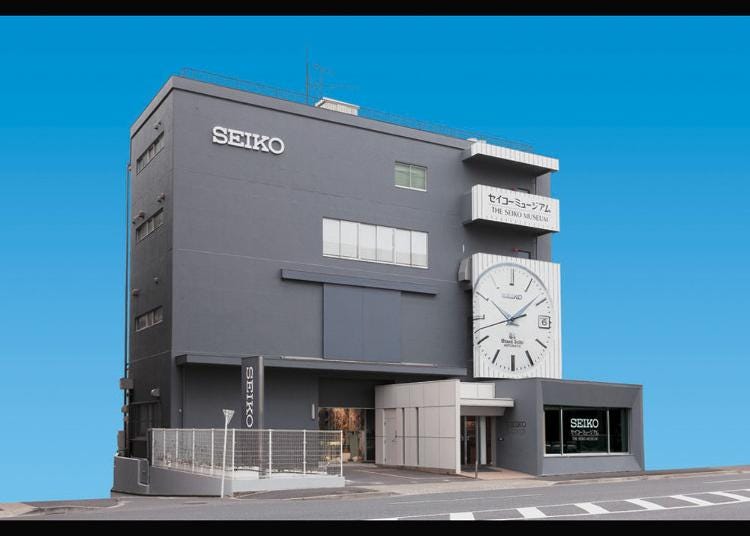 This museum was established in 1981 to commemorate Seiko’s 100th anniversary, with the goal of preserving time and timepiece related objects and for future research. In April 2012, the facilities were renovated to reach a wider audience. The museum has guided audio tours, in both Japanese and English, of the history of watch development and Japanese watches, and displays historical Seiko products that exemplify the Seiko company spirit. Be sure to try out the sports watch area, experience watch making via interactive exhibits, and even see their watch making workshop. In addition to Seiko watches and clocks, the gift shop has many original products available here only, such as replicas of sundials used during Japan’s Edo Period (1603-1868). The Seiko Museum just an 8-minute walk from the Tobu Sky Tree Line's Higashi Mukōjima Station. 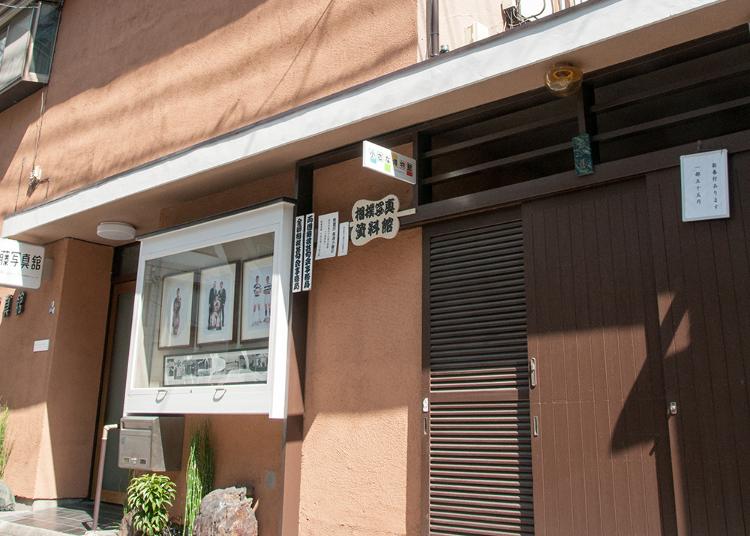 This is a small photography museum placed in the parking area of a photo studio in Ryogoku, Tokyo. As you go through the shop curtain hung at the entrance, the room is crammed with photographs and reference materials of sumo wrestlers up to the ceiling. For every Sumo Grand Tournament held in Tokyo, the museum completely changes its display to show people various items, such as the history of sumo in the Taisho, Showa, and Heisei periods, as well as the photographs of consecutive generations of winning wrestlers and yokozuna (the highest rank in sumo) wrestlers. Besides presenting the history of sumo, the museum displays private photos, signed handprints, and ornamental aprons. Visitors can peep into sumo wrestlers' lives outside of the sumo ring and enjoy the world of sumo. This museum was opened in the Kudo Photo Studio’s parking area with the help of the Japan Sumo Association, as part of the ”small museum movement” in Sumida Ward. It is just a three-minute walk from the JR Ryogoku Station or a seven-minute walk from the Tokyo Metro Oedo Line Ryogoku Station.