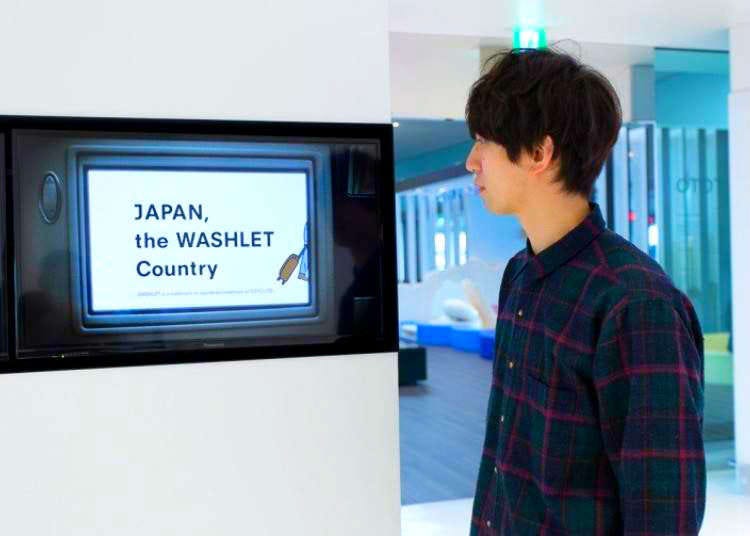 This is Masahiko Katsuse checking in! Do you want to know what my personal happy place is...? Tweeting on the toilet!

As far as I can remember, I have always lived in a home with a toilet that also had a washlet*. Hence, I have been living my life as a “washlet native” for almost 30 years. 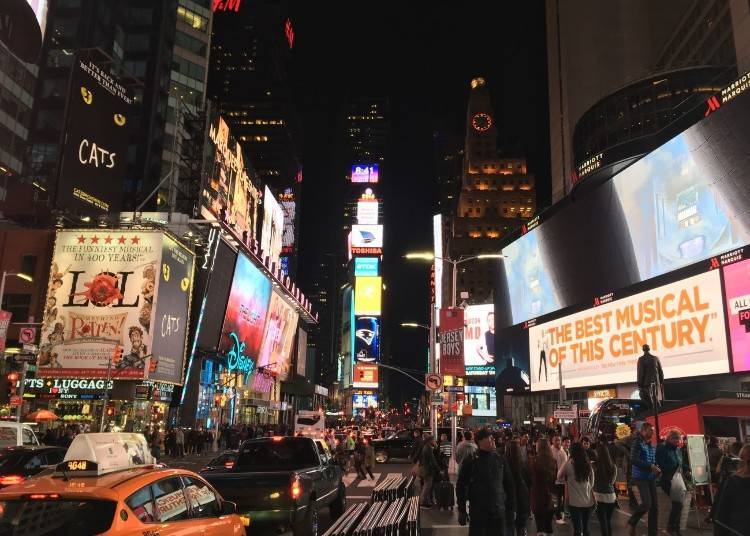 I basically was raised on the edge of a heated toilet seat and last year, I had the chance to spend three weeks in the United States of America. Needless to say, that time was a big adventure for both myself as well as my bum. And even though I met somebody cosplaying now President Trump on four different occasions, I did not encounter one single washlet. Thanks to the looming danger of hemorrhoids, those who are just as in love as me with the warmed seat and even warmer water cleaning will understand... 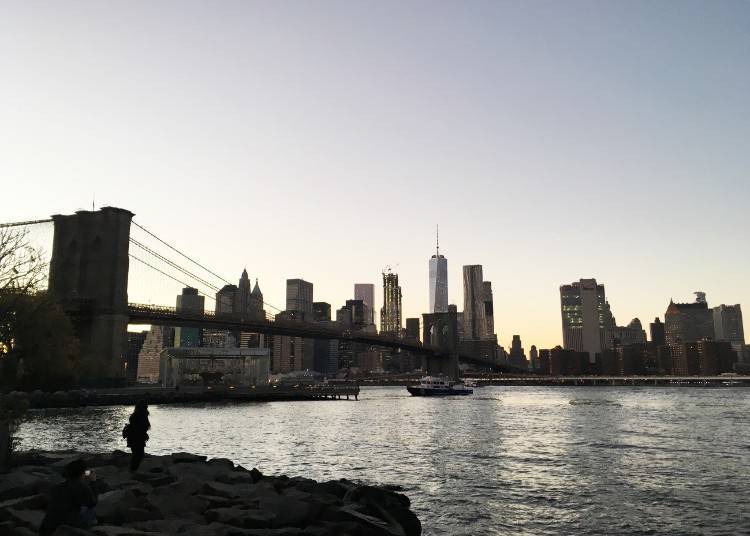 My overseas experience was rather short but if I have learned one thing from it, it’s this: Japanese toilets are still the best. My butt is entirely spoiled by Japan’s sophisticated toilet technology, so in the United States, I even did the good old toilet hovering to avoid having to touch a cold seat. Seriously, I do not want to live without the comfort of a warm toilet seat and cleaning water spray.

How did Japan’s toilet technology come to be so advanced, though?
And why does the rest of the world not follow suit?

As I thought about this, many more questions came flowing through my head, a toilet bowl being thoroughly flushed. Answers, however, were an entirely different thing and no matter how hard I thought, I couldn’t come up with proper explanations. As such, I decided to ask the experts – the people at TOTO, Japan’s leading company in the toilet industry. 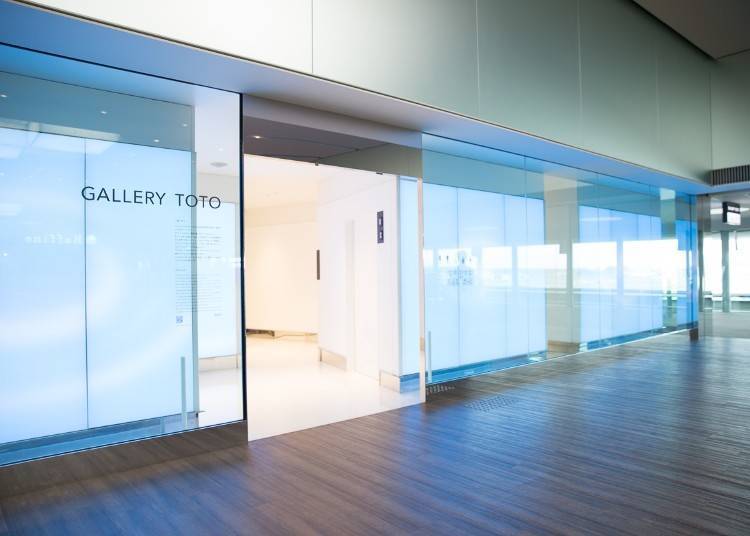 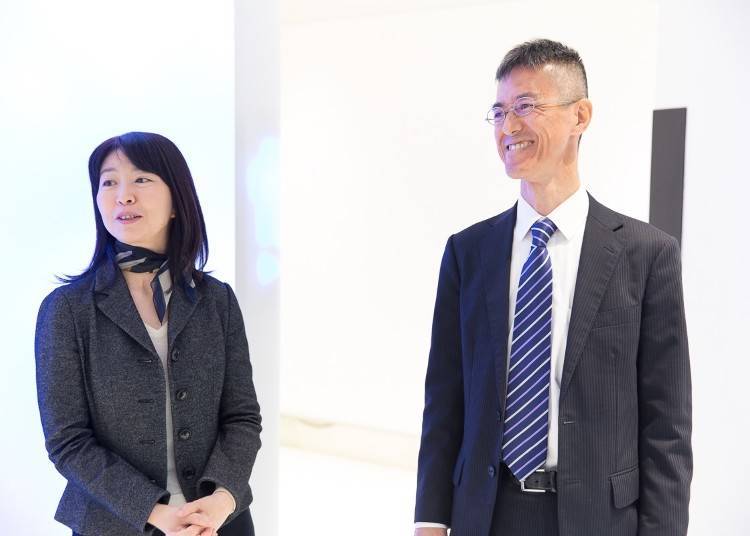 I was invited to the TOTO facility “Gallery TOTO,” located within the gate that connects Japan to the rest of the world, Narita International Airport Terminal 2. Why is there an entire TOTO facility at the Narita Airport? And why do I have to go through all the airport security checks to learn more about Japan and its fancy toilets? I met up with Ms. Keiko Hosoya (left), who is in charge of the management of Narita Airport’s Gallery TOTO, as well as Mr. Futoshi Nakamura (right) of TOTO’s Sales Headquarters, to discuss Japan’s toilets.

Why is there a TOTO Gallery at Narita Airport? 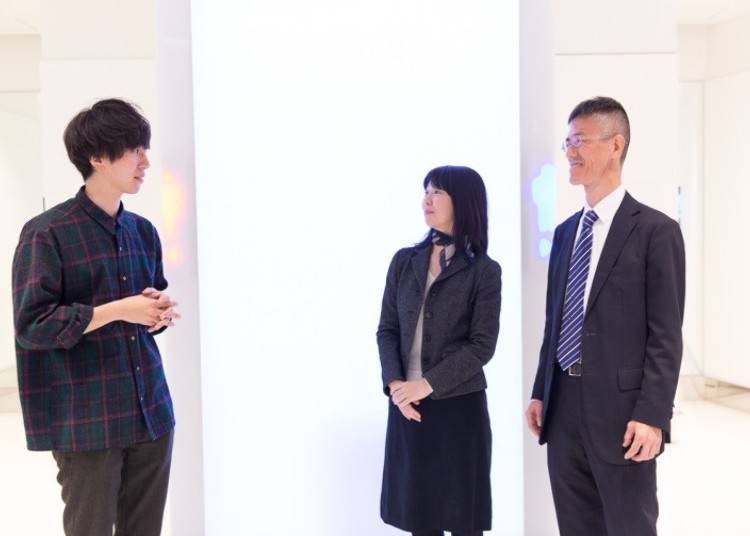 This might be a bit straightforward but why is there a TOTO Gallery at Narita Airport? To convey the appeal of Japanese toilet technology to people from all around the world?

Hosoya-san: In 2015, the international departures concourse of Terminal 2 was renovated with the goal to create a “stylish and comfortable space for travelers to relax in,” and TOTO was asked to take care of the toilets. 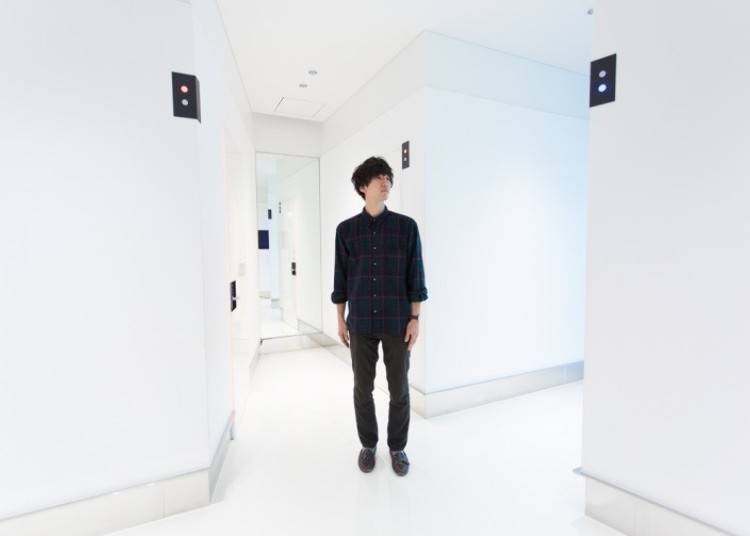 Inside Gallery TOTO. It’s so modern and stylish, I had to remind myself that this is indeed a public toilet. This is what the future looks like, people. 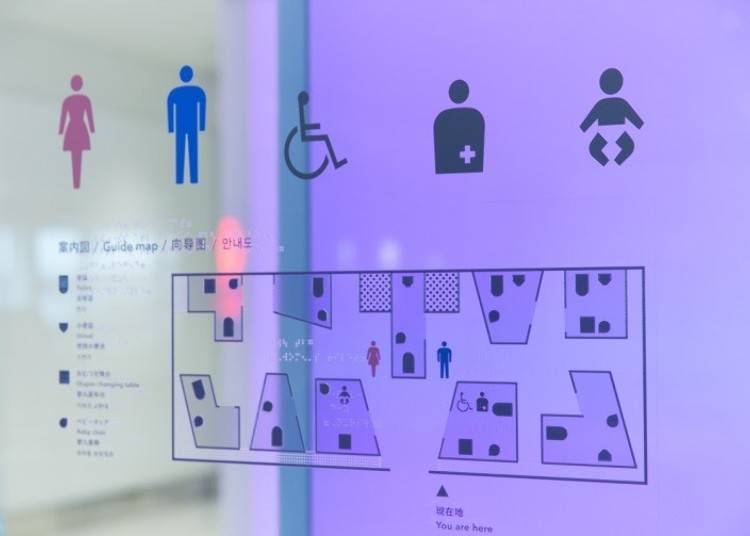 A multipurpose toilet and a nursing room, both gender neutral, can be found at the entrance. Behind that are the men’s and women’s toilets, four rooms each. 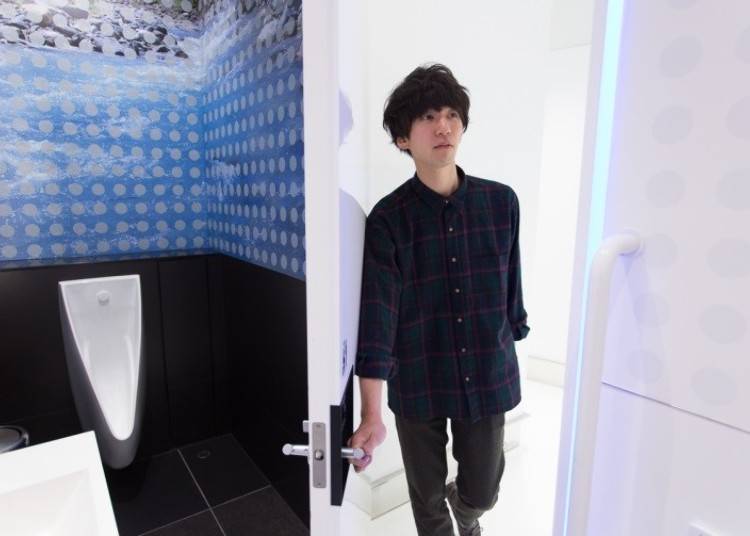 Let’s take a peek inside... 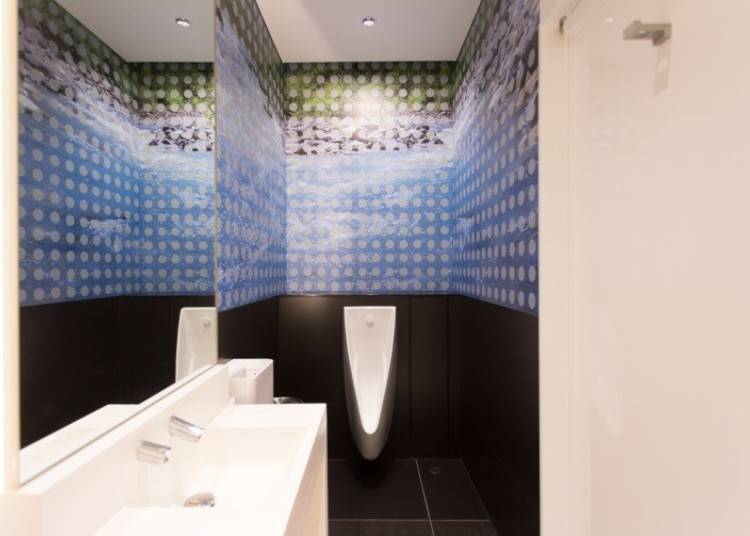 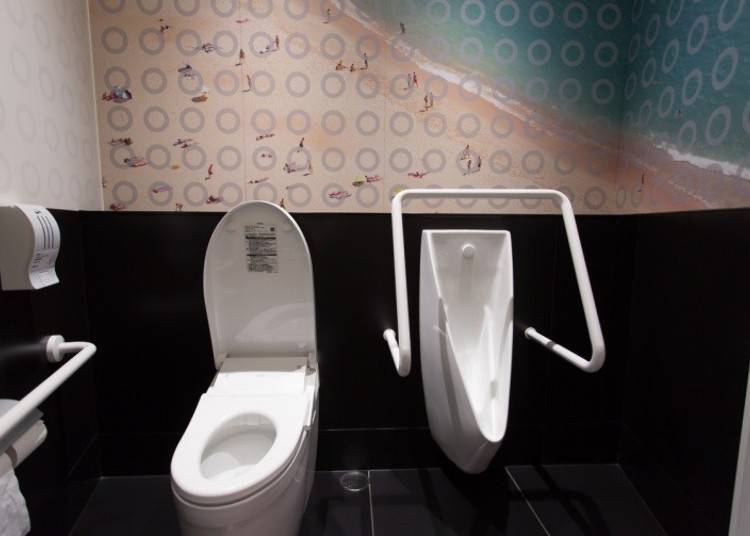 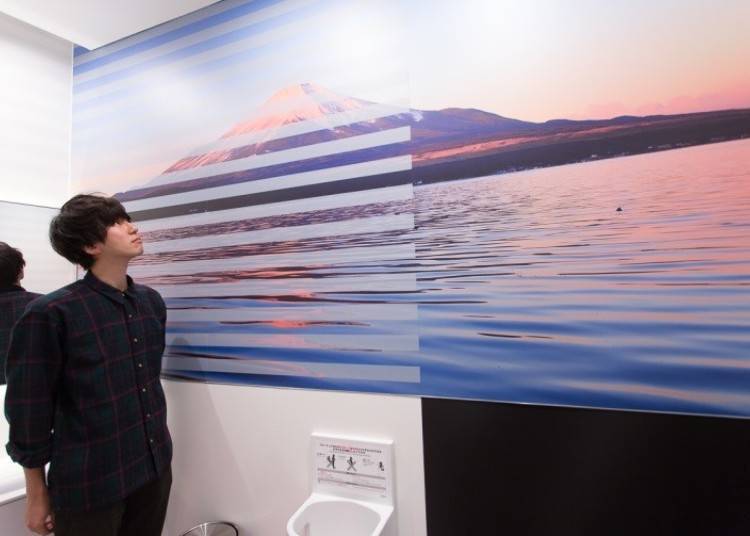 *Please keep in mind that TOTO Gallery can only be accessed after going through the departure procedures at the airport.

Different facilities and wallpapers are provided for every single room, creating a unique, stylish, and very clean space.

The toilets are so amazingly stylish, I am a bit intimidated to actually use them...

Hosoya-san: Oh, we hear that a lot (laughs). The other toilets at the airport are also kept clean meticulously but since this facility is named “gallery,” we’re putting in extra effort to keep it in a perfect state.

What kind of suggestions did you make after TOTO accepted the offer to take over the toilets of the departure concourse?

Nakamura-san: Public toilets, like those at an airport, have various regulations but the official statement from Narita Airport was to “create a toilet that is both fun and comfortable to use.” So we proposed “a gallery that is created by the different and unique designs of every single toilet room,” a toilet concept that has never been done before.

It’s very interesting that the layout for each individual room is different. The entire gallery seems like a showroom.

Nakamura-san: If they’re not occupied, you can leisurely choose the room that you like best. Since we also want to convey the appeal of TOTO’s products, we did install cutting-edge toilet technology. The wallpapers, the layout, and the toilets are different in each individual room.

Wow, even the toilets themselves? Have you also taken the location, the international departures concourse, into account when coming up with this concept?

Nakamura-san: Yes, of course. I think that Japanese toilet culture is one of the main parts of Japanese hospitality,and we would love if people took that feeling back home with them. That’s why we focused on comfort. 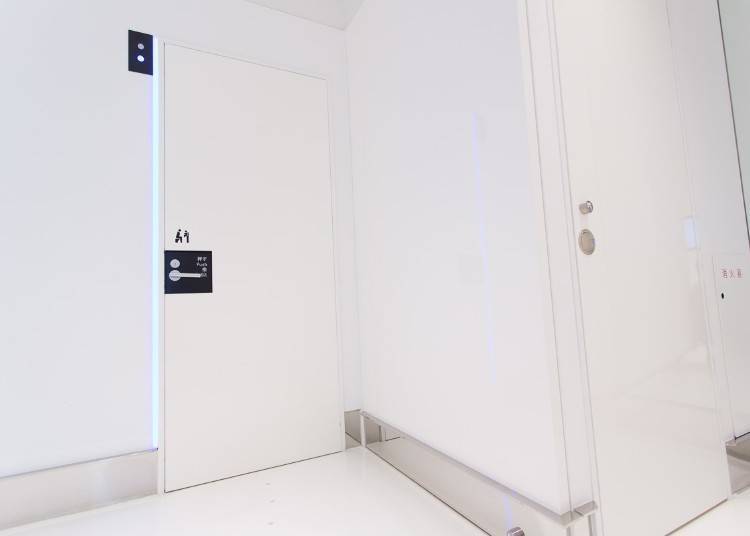 When free, the toilet door shines in a calm, light blue. But when it’s occupied...

When someone enters a toilet room, the red light gradually rises from the bottom, indicating how long the room has been occupied. So when you’re in a hurry and no room is free, aim for the doors that are fully red as the person inside is likely to leave any moment!

Japan’s Cutting-Edge Toilets – What’s So Amazing about Them? 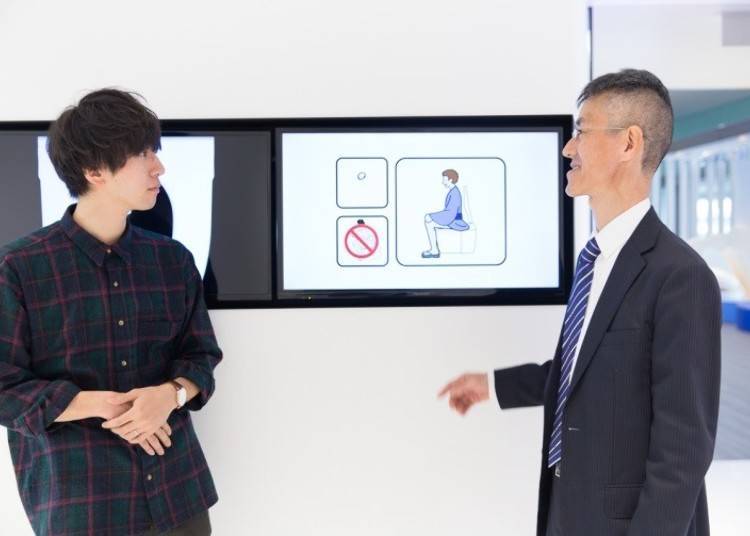 Taking all of this into account, Japanese toilets really are the greatest. If you want to ponder about something, read something, the toilet is the place to go, isn’t it.

The toilet technology seems to evolve rather rapidly, but what kind of technology is TOTO putting a particular emphasis on? 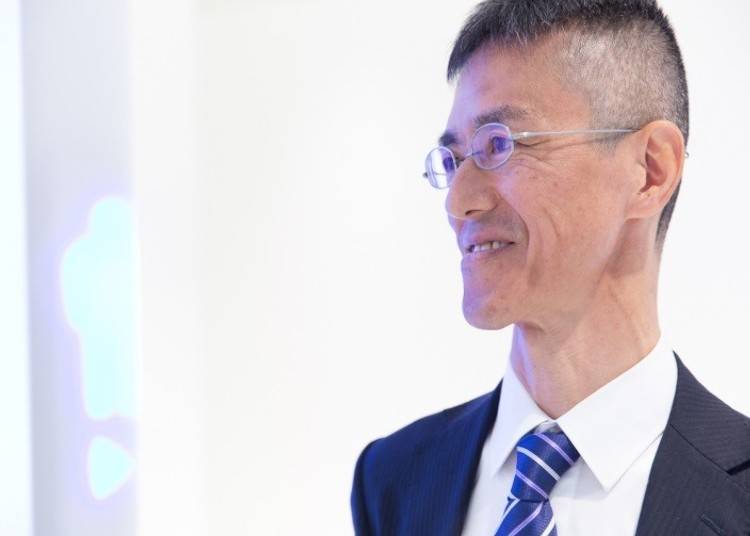 “That would be water conservation.”

Nakamura-san: Katsuse-san, do you know how much water a urinal uses for one flush?

Nakamura-san: In the past, it was 4 liters.

Nakamura-san: Back then, there was no way to flush efficiently with less water. Our current urinal design uses around 1.2 liters per flush. In the past, a toilet used 13 liters for one single flush, some even 20 liters. The current minimum amount of water that is used is 3.8 liters.

20 liters per flush, that’s really hard to imagine. The progress that toilet technology has made is amazing.

Nakamura-san: It’s because human excreta are rather heavy. It used to be quite a challenge to create a water flow strong enough to flush down everything. TOTO has been building flush toilets since 1914, even before the company’s official founding, so it took a hundred years to get to the point where we are now. 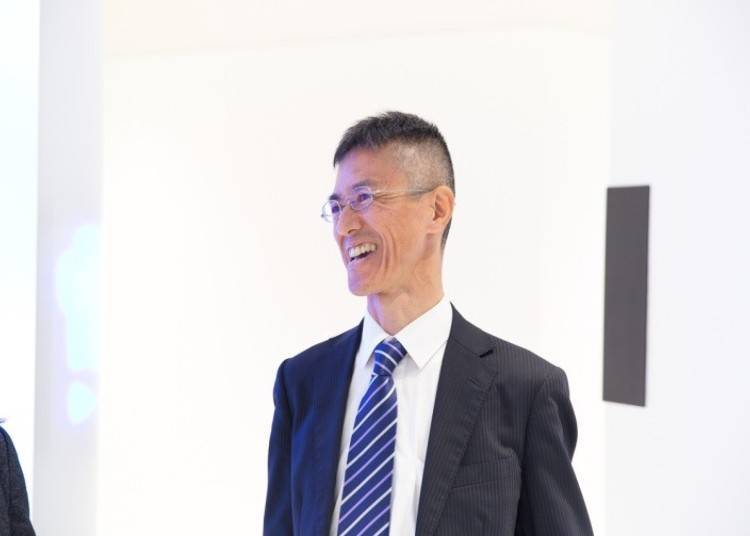 When you say “it took 100 years for the technology to be evolved to this point,” you’re making a very strong argument for your toilets.

Nakamura-san: There are other fancy innovations and improvements, of course, but water conservation is one of the most important things to consider. The recent models of urinals detect the amount of urine and adjust the amount of water needed to flush automatically.

So the toilets have a thorough knowledge about our urine...?

Why There are Hardly any Washlets Abroad 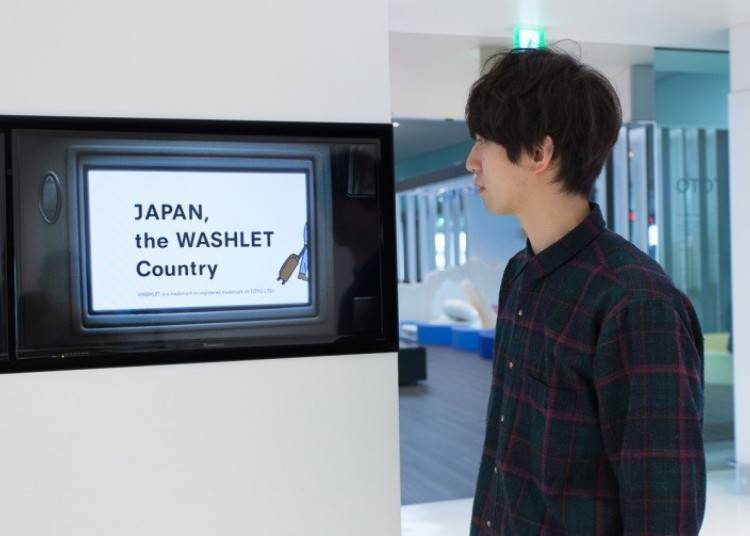 How come Japanese toilets aren’t popular overseas, even though they’re so comfortable?

Nakamura-san: In a nutshell, I think it is a matter of priorities.

What do you mean?

Nakamura-san: In Japan, there’s a consciousness of toilets being part of the service,so investing money in good toilets comes natural. However, even in Japan this way of thinking is fairly new and has started with public toilets.

Nakamura-san: Yes, precisely. Not much of the budget of private businesses, such as department stores and shopping malls, went to their toilets at first. They’re being gradually improved, though, and relatively clean public toilets can be found in most places nowadays. 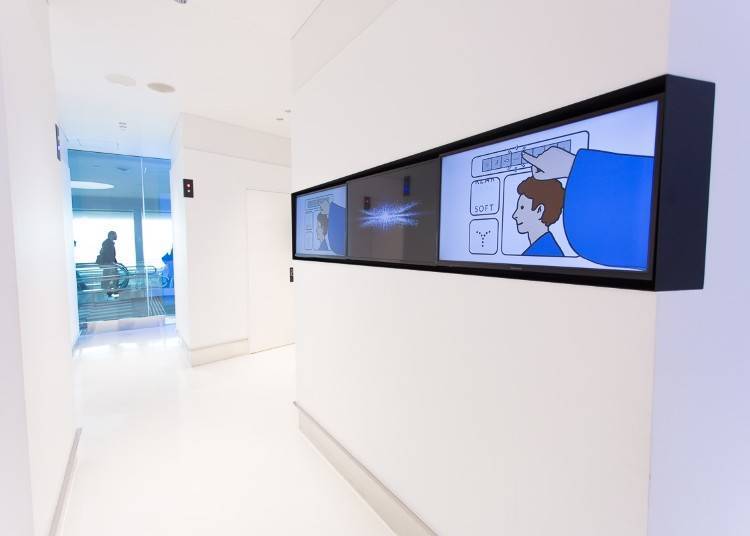 Inside the TOTO Gallery is a monitor that shows animations on how to use washlets and “otohime,” the flushing sound (another registered trademark of TOTO!).

In today’s Japan, washlets have become the standard but when they were first introduced, the opinion was split, wasn’t it.

Nakamura-san: Indeed. In that sense, I like to say that TOTO is a company with a strong sense of venture. Even when the company was founded in 1917,it built ceramic flush toilets in an environment that didn’t even have sewers.And since a factory that produced ceramic bowls was also set up, the management must have been quite aggressive.

Switching from Japanese-style to Western-style toilets alone must have been jumping over a considerable cultural gap, it’s daring to build flush toilets in a time when there weren’t even any sewers.

Nakamura-san: When the company’s founders went to Europe, they did notice the appeal of the Western-style toilet and thought: “This is what future Japan definitely needs – we can promote a health-conscious, sanitary culture.”|b@>

This doesn’t really seem like a very profitable business for a company...

Nakamura-san: “That is true. At that point, it was more about the promotion of a certain sanitary culture rather than making business. The founders really did have a mission of cleanliness,didn’t they?

I see. Even the way you summarized all of that was very clean.

Nakamura-san: Thank you very much! (laughs) 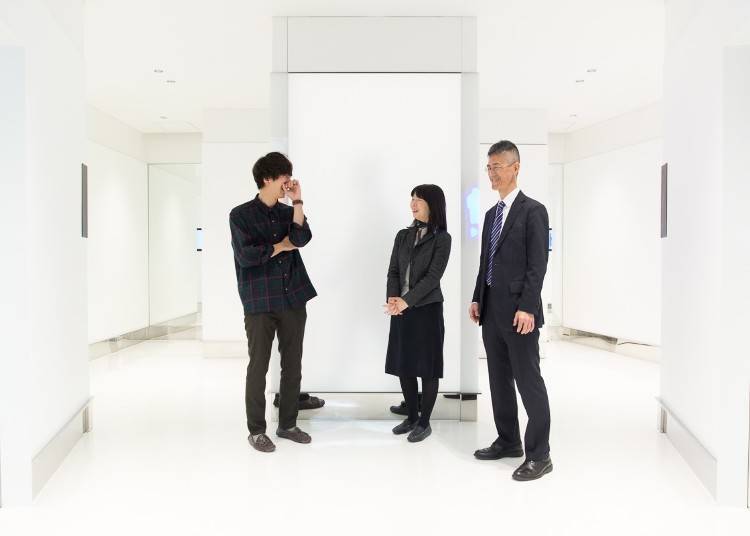 Gallery TOTO is located within the Narita International Airport Terminal 2. It’s a sanitary wonderland that perfectly showcases not only the best of cutting-edge Japanese toilet technology but also the best of Japanese hospitality.

It’s not just the toilets themselves, however. In the lounge of the international departures concourse, travelers find a free space with Wi-Fi and outlets to charge their devices, making the place a thoroughly comfortable one.

Both TOTO and Narita Airport receive the same kind of messages from Japanese people who travel abroad and visitors from overseas: “It is such a cozy place!” – maybe people will remember Japan and their toilet experiences fondly every time they step inside a restroom?

After having talked to the people from TOTO, I revisit the questions and thoughts that I had at the beginning – and yeah, I am still rather convinced that Japanese toilets are amazing. TOTO’s toilets are among them, the company that has first coined terms and concepts such as “washlet” and “otohime” which have become an inherent part of day to day life. This company does seem to be the pioneer of cutting-edge Japanese toilet technology.

As a washlet native, I do hope to place my buttocks on a warm seat today as well – and here’s to hoping that the rest of the world will get to know those pleasures as well, the sooner, the better!

*The term “washlet” is a registered trademark of TOTO. 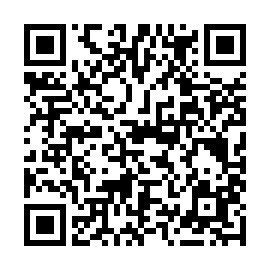 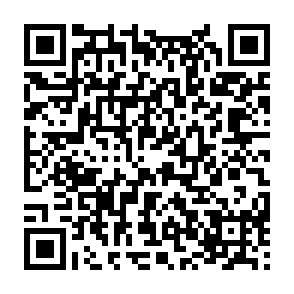