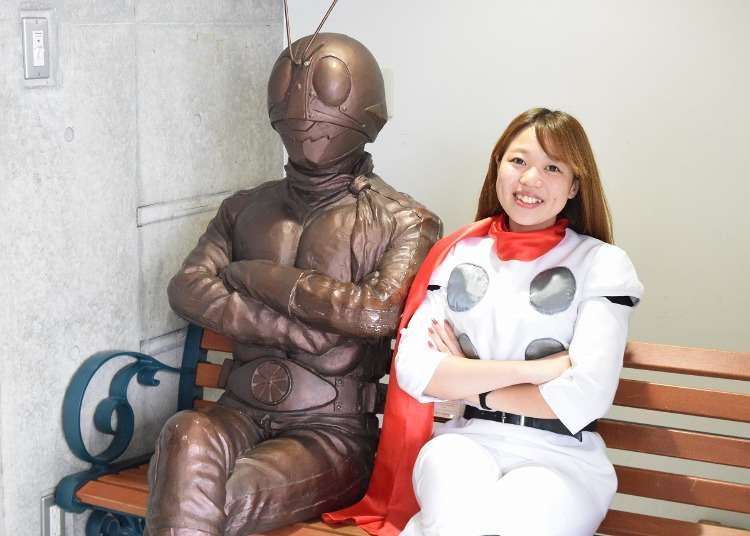 Manga artist Ishinomori Shōtarō hails from Miyagi Prefecture, and has deep connections with Ishinomaki city. Ishinomori Manga Museum is a facility that allows you to feel the worldview from Ishinomori’s world. Constructed in the image of a spaceship, there is a corner where you can get introduced to familiar heroes such as “Cyborg 009” and “Kamen Rider.” On the first floor is a goods shop lined with over 300 items, and has a wide variety of original goods on display too. We’ll be introducing the places in the Ishinomori Manga Museum that the manga fans will definitely have to see.

Who is Ishinomori Shōtarō, the “Prince of Manga”? 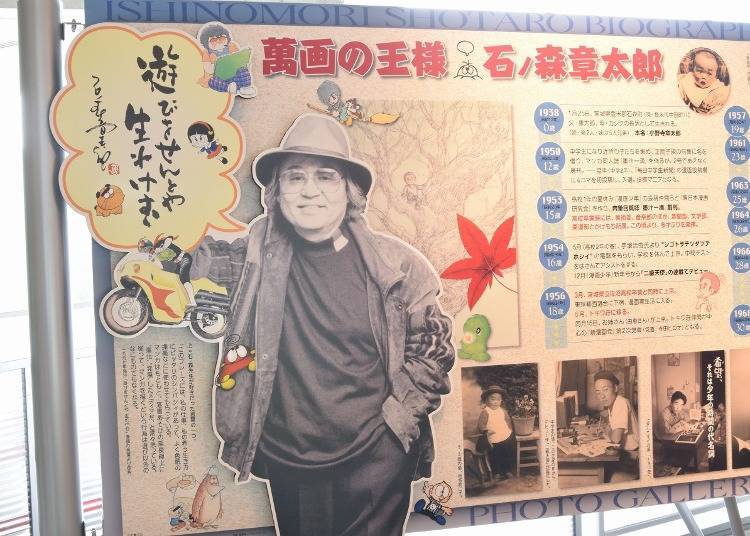 Ishinomori Shōtarō was born in Ishinomori-machi, Tome-gun (now Tome city), in Miyagi Prefecture, in 1938. Since his debut in 1954, he has produced many hit works, including “Cyborg 009” and “Sabu to Ichi Torimono Hikae”, and has come to be known as one of the faces of manga in Japan. Having created the “Kamen Rider” series and “Ganbare!! Robocon”, amongst other sci-fi heroes, he is credited as being the reason for the rise of popularity in the special effects and sci-fi genres. 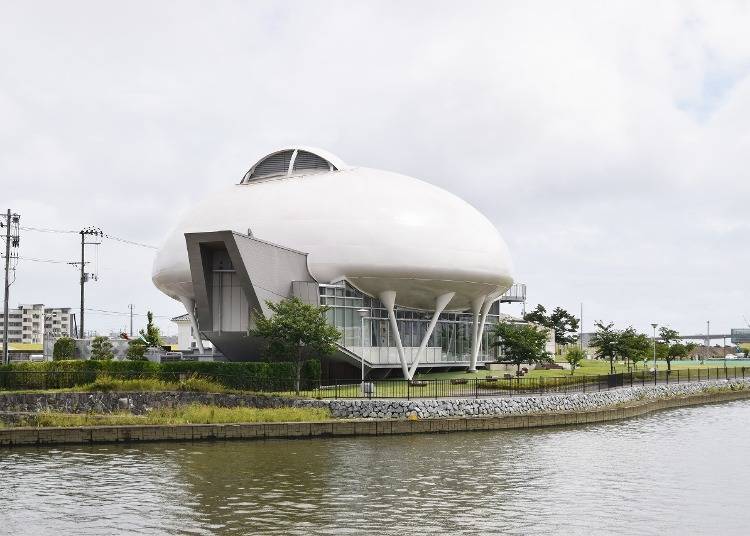 Having the Ishinomori Manga Museum look like a spaceship from the outside was Ishinomori’s idea. With the image of the story of “a spaceship landing from the planet of manga”, this is a design which Ishinomori, with his curiosity and love for new things, came up with. 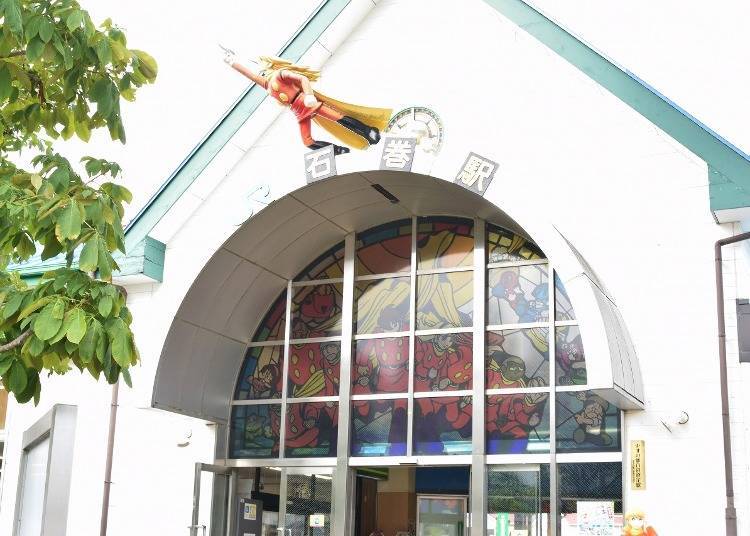 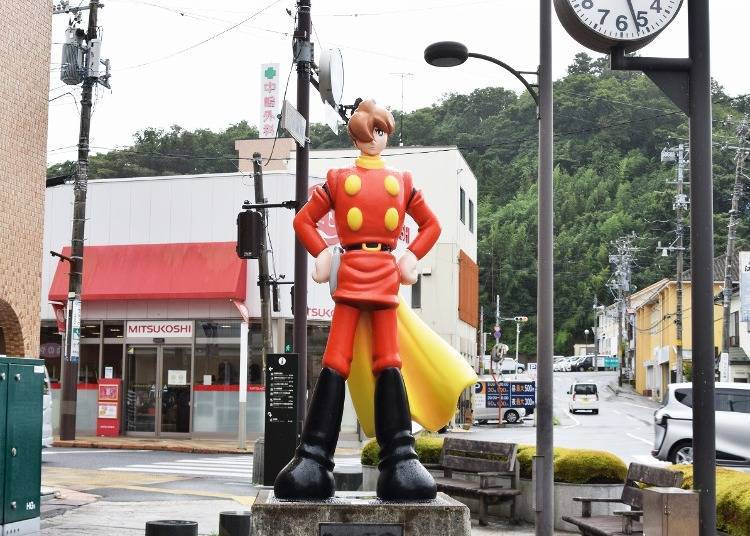 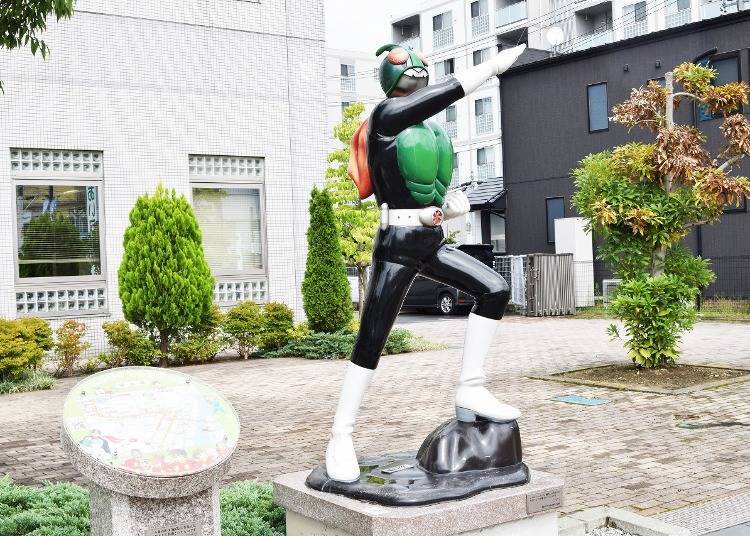 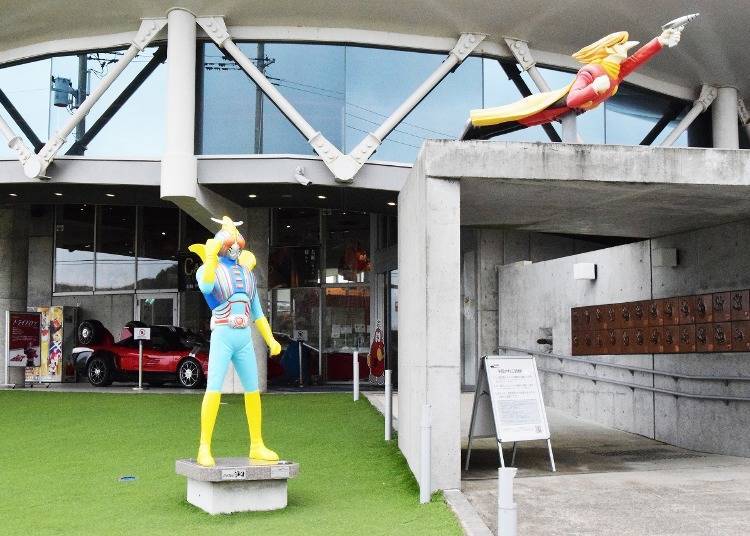 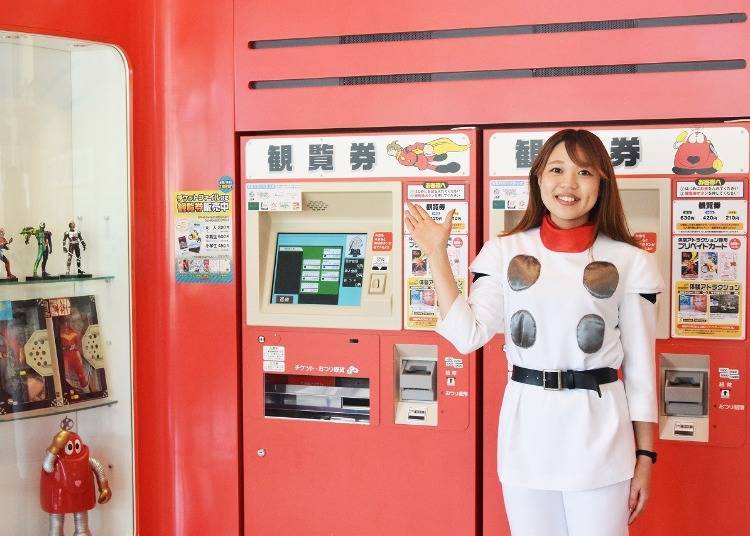 The museum has a free-to-view zone and a fee-paying zone. To enter the exhibition rooms themed after “Cyborg 009” and “Kamen Rider”, you will have to buy a viewing ticket. The pamphlets in the museum are available in English and both traditional and simplified Chinese. For those who have difficulty with Japanese, the staff are prepared with translation devices to assist guests, so foreign visitors can visit with peace of mind too. 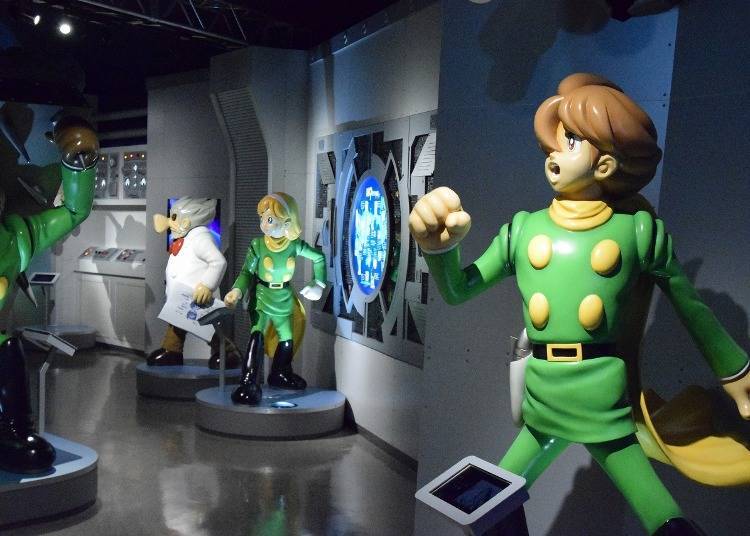 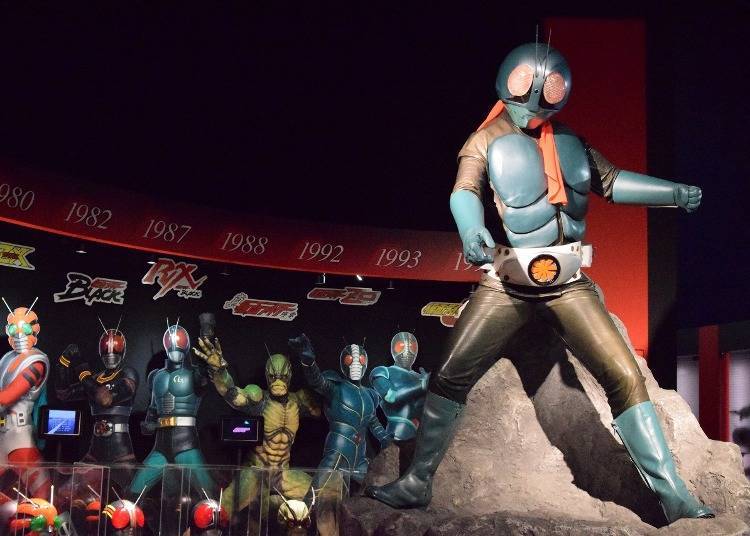 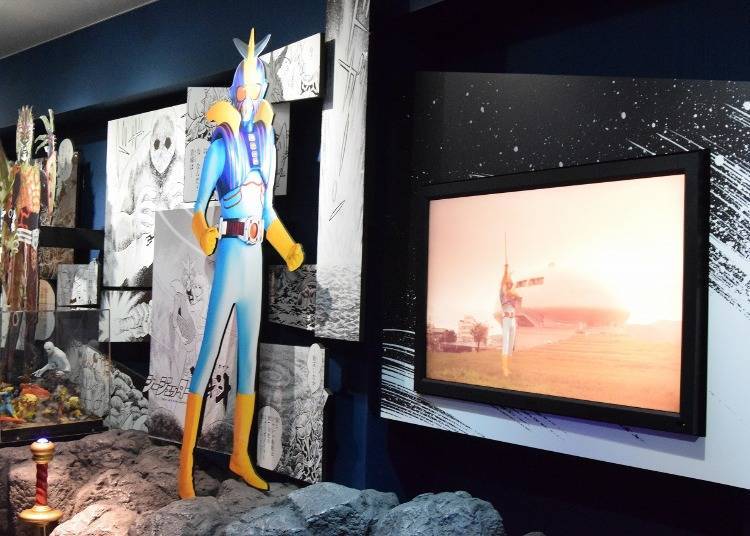 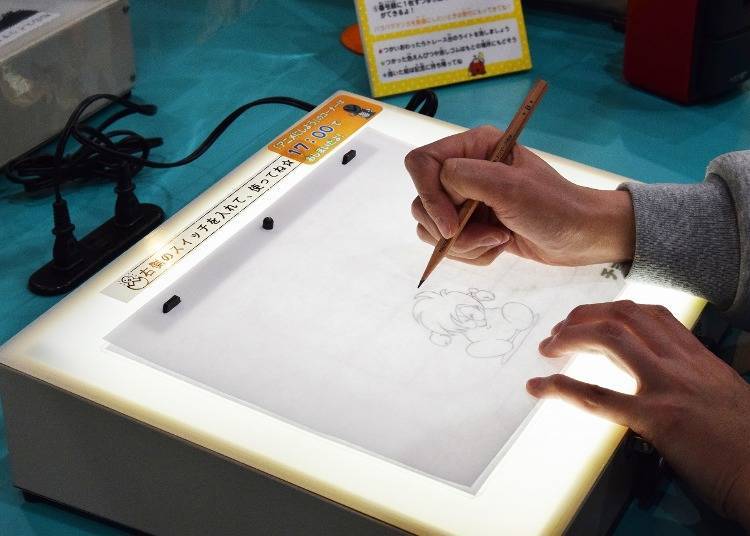 The third floor has a free learning and experience zone. There are approximately 6,000 volumes of manga lined up, ready for you to browse freely. At the “Anime-ni-shiyō” corner, you can try making your own animation for free. Using a base of Ishinomori’s original characters, you can add colors to it using color pencils, and create several pages of images like a flipbook. You can pass to the staff, who will turn it into an animation video that can be viewed on the television. It’s a special feeling seeing your own pictures moving. There’s no other feeling quite like it! 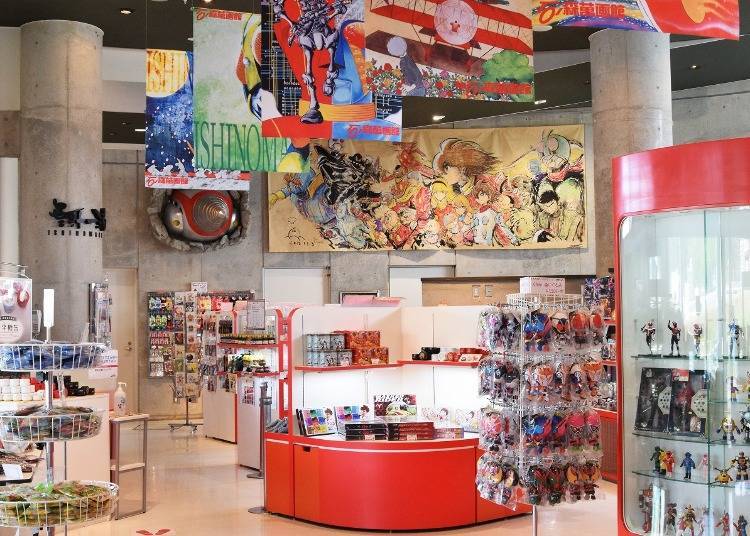 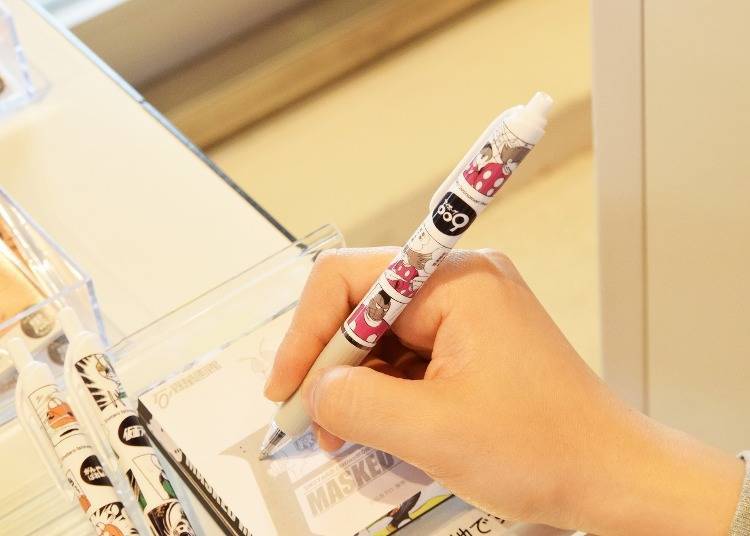 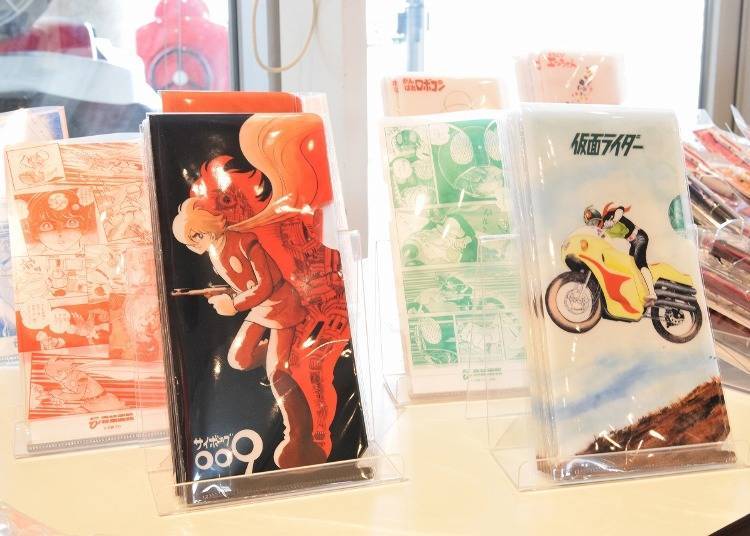 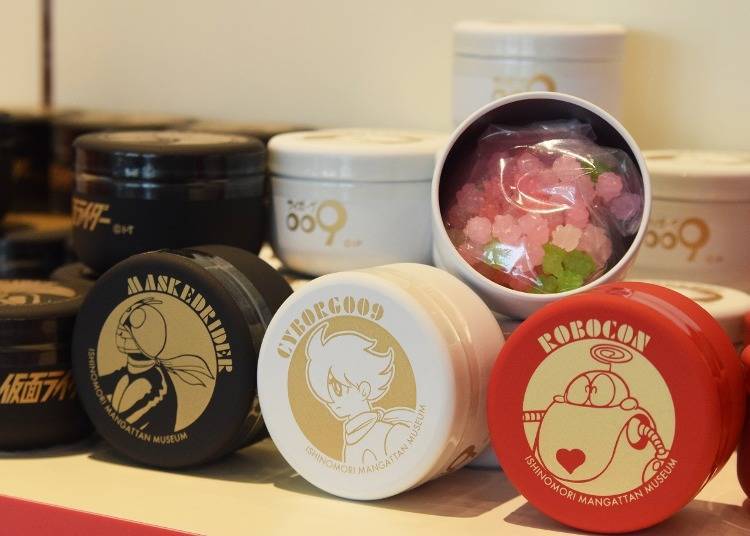 The “Konpeitō Can” has three different designs, featuring Cyborg 009, Robocon, and Kamen Rider, and cost 610 yen each. Though these only went on sale in September 2020, they have gained traction on social media as a topic of interest. The long-lasting Konpeitō candy makes for the perfect souvenir. After you’ve finished the candy, you can also keep the can as a trinket box, making it a wonderful item with dual function. 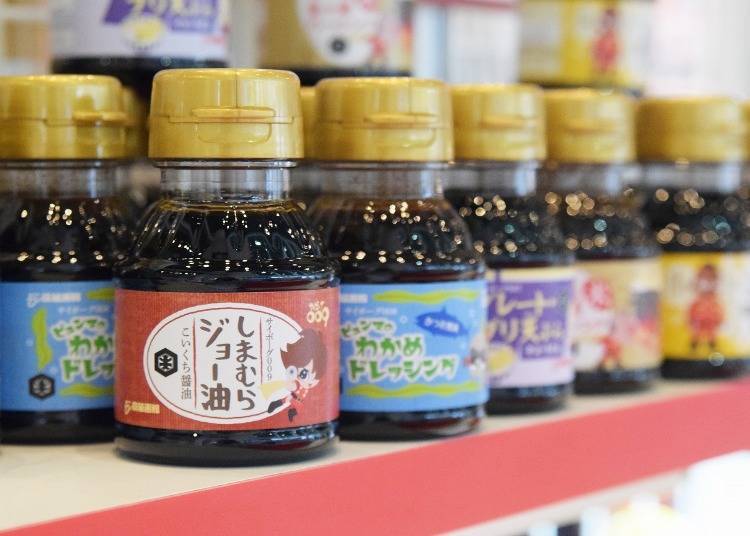 The original series of seasoning sauces, costing 396 yen each, features characters from Cyborg 009, and is a collaboration product with “Yamagataya Shōten”, one of the shops in Ishinomaki. Besides standard soy sauce, shoyu with lemon juice added, and soy sauce for use with egg are available as well, amidst the wide variety of sauces in its lineup. Its small 200 ml size makes it easy to bring home too. 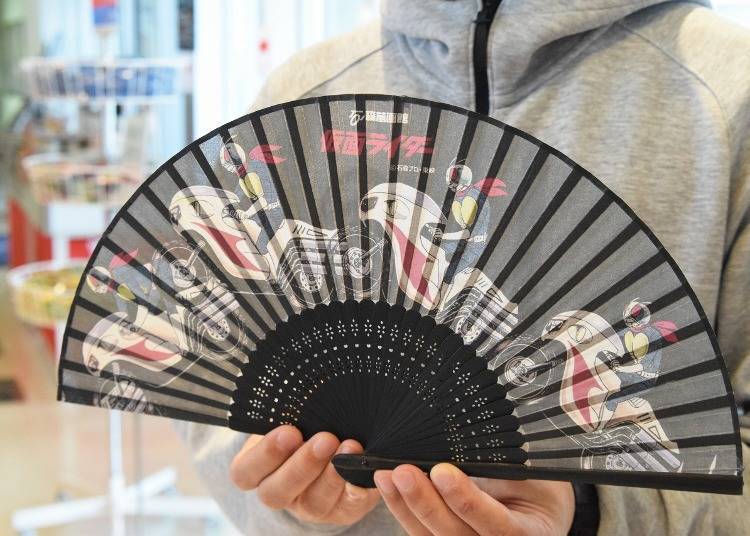 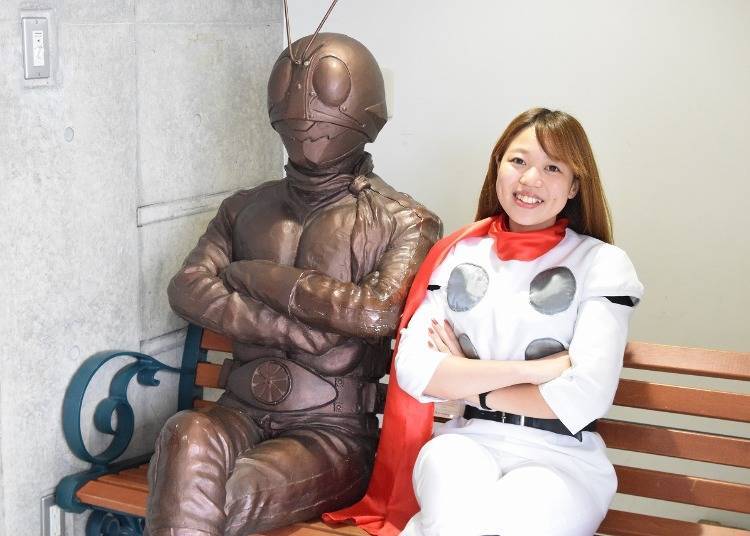