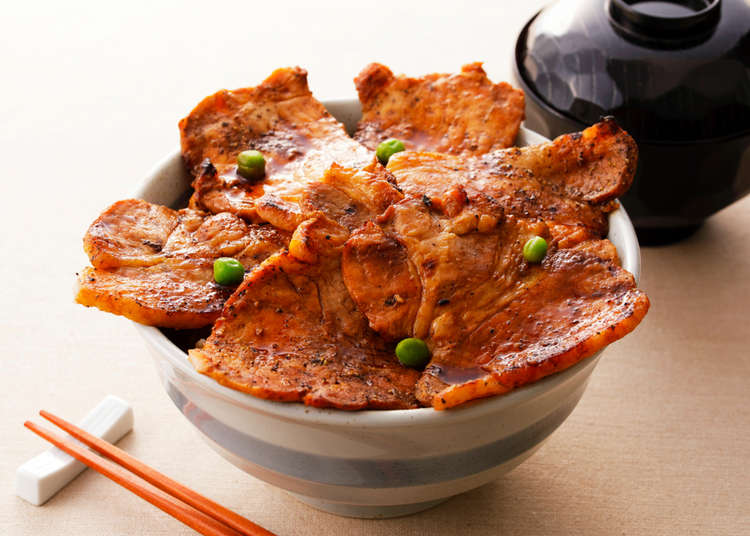 15 Delectable Japanese Pork Dishes You Have To Try!

The more well-known dishes in Japan tend to be fish, as in sushi, beef, as in yakiniku and chicken, for example kaarage, and in particular if we think of famous meat from Japan then Kobe beef quickly jumps to mind. However, pork is also a widely used meat which can be found in many different kinds of cooking, and in particular, it is a central part of cuisine in Kyushu, Okinawa, and the Kanto region (East Japan). Probably pork’s own version of Kobe beef can be found in Kagoshima prefecture in Kyushu, which is famous for its kurobuta black Berkshire pigs. In Okinawa there is another fairly well-known species of pig called “agu”, which actually has quite a long history and dates back to the Ryukyu Kingdom. Talking of history, in the Kanto area farms owned by people like the samurai it was quite common to raise pigs rather than cattle because it was much easier.

Across Japan pork can be found in a wide range of dishes at all kinds of restaurants, you might be surprised at just how many ways you can enjoy pork! 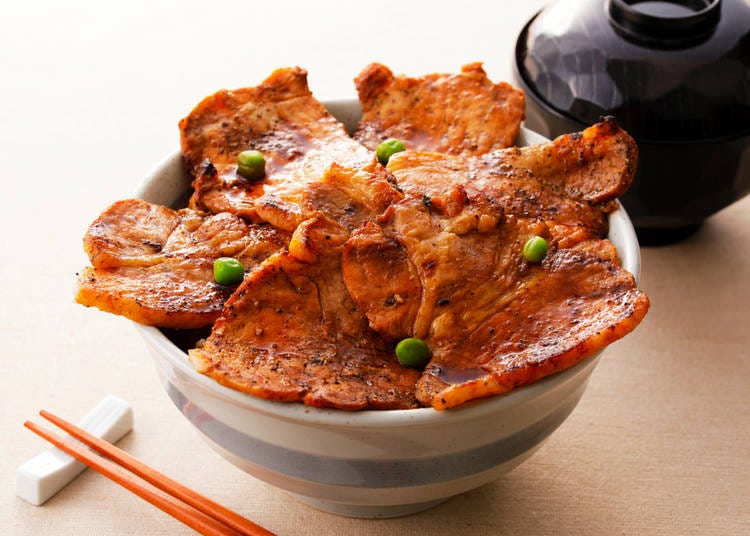 Quite similar to gyudon, or beef bowl, butadon, also known as “tondon”, is a pork bowl dish. In it you will find thinly sliced pork as well as onions which have been simmered in a soy sauce broth until tender, and served in a donburi bowl over rice. This kind of cooking particularly became popular during a BSE scare earlier in the millennium when many restaurants temporarily stopped serving beef. 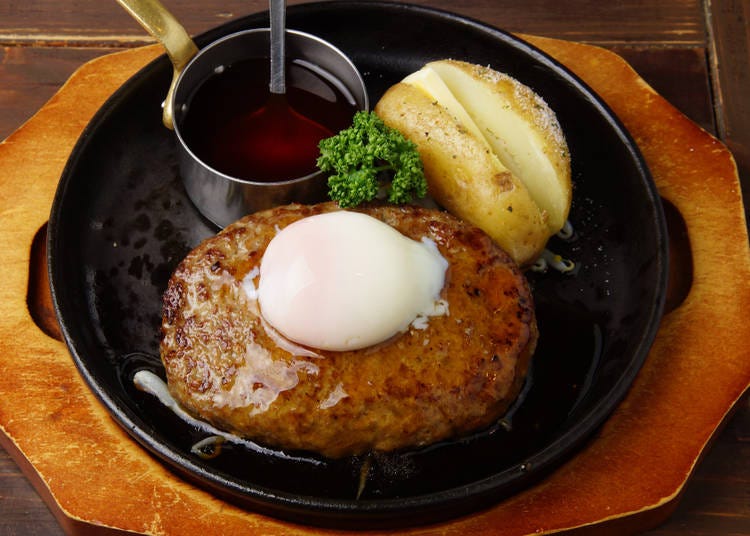 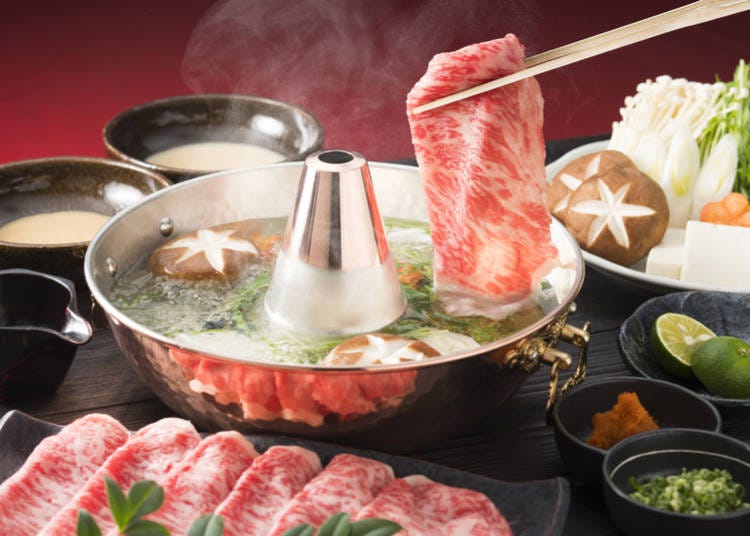 This dish which again features thinly sliced meat, as well as bite-sized vegetables cooked lightly in a broth is known as Shabu shabu. The dish gets its name from the onomatopoeia “shabu, shabu” which means “swish, swish”. Quite often it is eaten with beef slices, but it can be eaten with pork as well. If you are cooking at home then you can easily find both pork and beef slices in supermarkets which have on the label that they are specifically for shabushabu (しゃぶしゃぶ).
Buta shabu meat can be chilled and served cold over a salad or cold noodle dish for a refreshing meal in the summertime called “rei-shabu”. 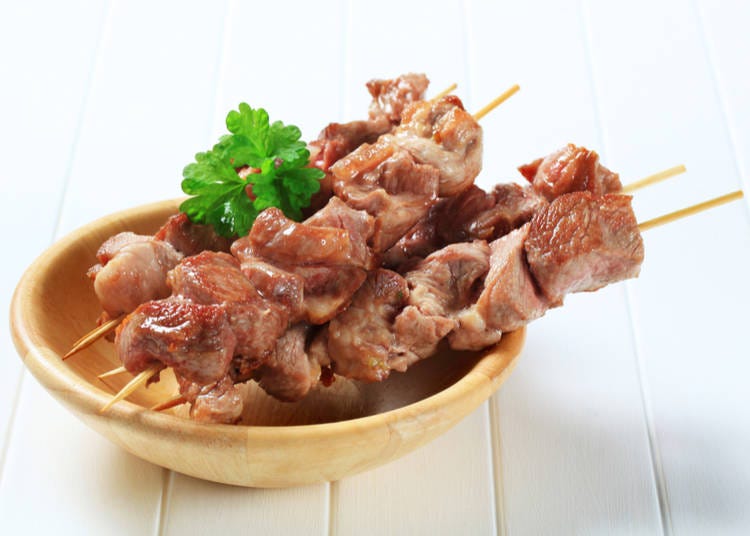 This is the pork version of yakitori, basically bite-sized pieces of pork that have been skewered and grilled. In addition to more familiar cuts of meat like pork loin and pork belly, don’t be afraid to try some of the more unique items like pork jowl and liver. 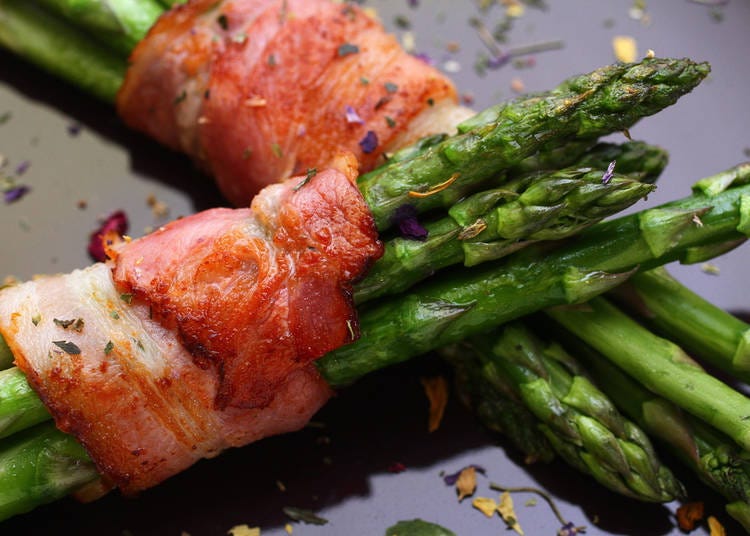 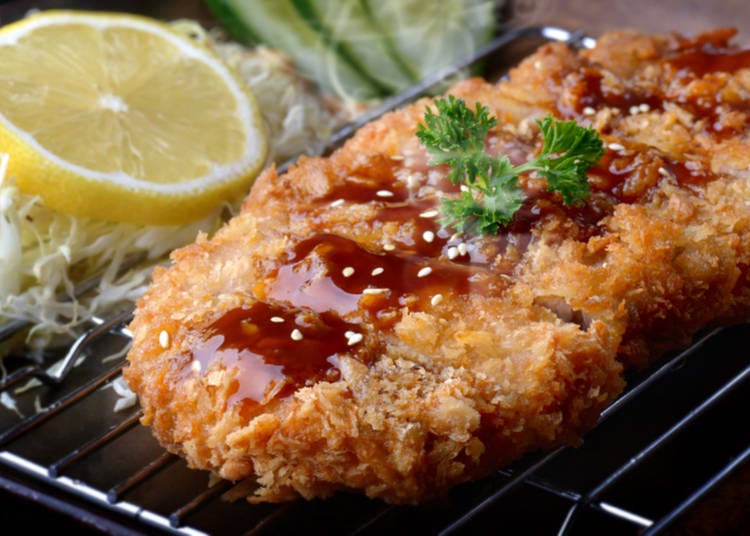 Tonkatsu can be found pretty much everywhere in Japan, this is deep-fried pork cutlet that has been breaded in crispy panko crumbs. It is served with a brown sauce, though there different types of sauces, and quite commonly served with shredded raw cabbage, a rice bowl and miso soup. In many restaurants they will give you unlimited rice, so this dish can be particularly filling if you are also a big fan of delicious rice. There are also different versions of this dish such as katsudon (a bowl of hot rice topped with sliced tonkatsu, onions, and egg), katsu curry (Japanese curry and rice with tonkatsu), and a katsu sando (a sandwich of white bread, tonkatsu, and sauce). 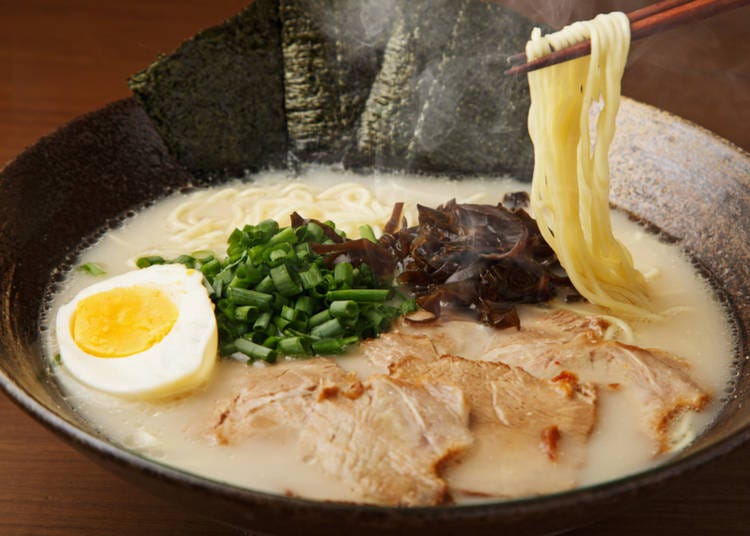 Another version which you may or may not have tried is tonkotsu ramen! This started in the Hakata region of northern Kyushu and is one of the “Top 3” most popular varieties of ramen in Japan. In its original form it is a bowl of creamy white pork bone soup eaten with thin straight noodles served al dente, sliced green onion, and tender slices of barbecued pork char siu. 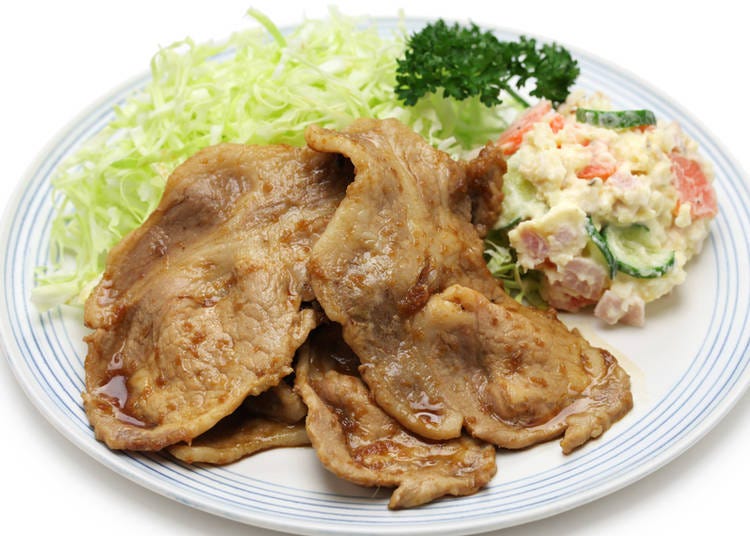 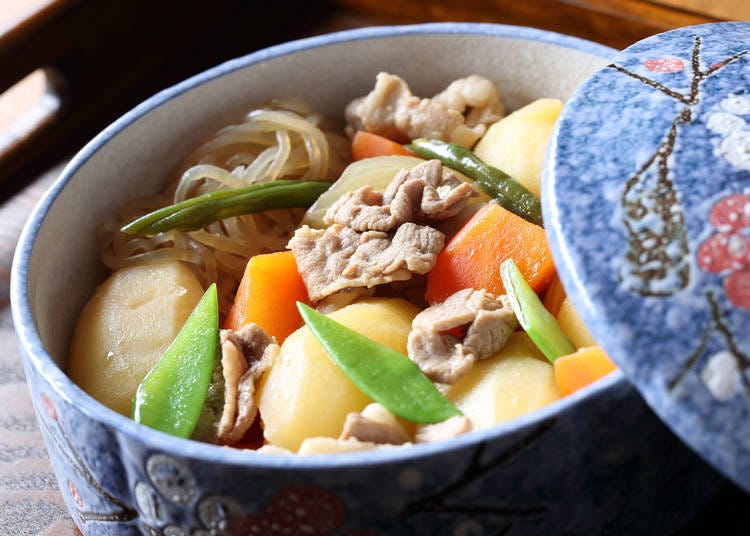 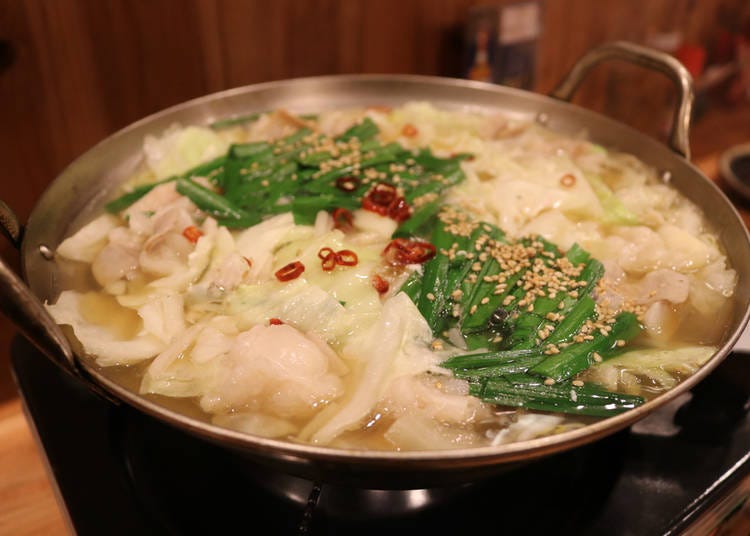 The term “motsu” refers to offal, the inners of an animal such as intestines and liver, and there are several popular ways of eating these particular cuts of pork in Japan. For example, a kind of hot pot which is famous in Fukuoka (Kyushu) is motsu-nabe, it is well seasoned with chili, garlic, and miso or soy sauce. The strong taste of the broth holds up well to the distinct flavor of the organ meat, which can be beef or pork. It is a good dish to drink alcohol with, and with friends and family. Other motsu dishes to try include motsu-yaki, or grilled pork giblets, and motsu nikomi, a dish of pork giblets braised in a tender stew. Similar to motsu-yaki, horumon-yaki refers specifically to pork intestines, which are marinated in a sauce and grilled. It goes great with beer and sake. 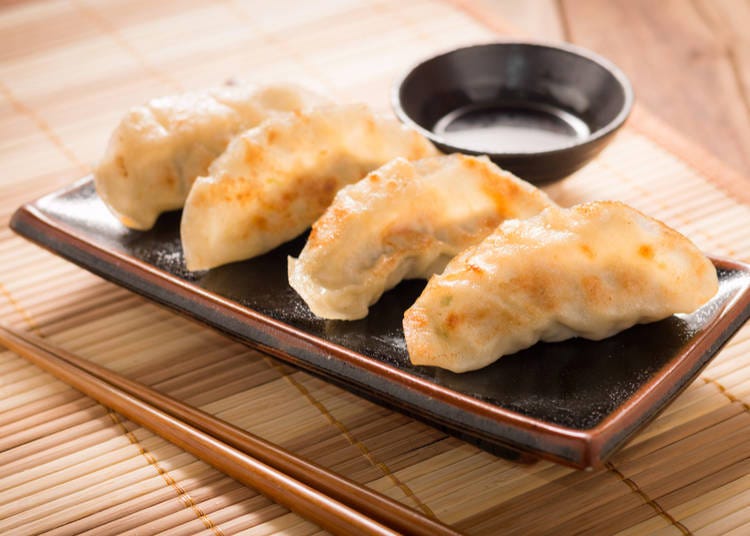 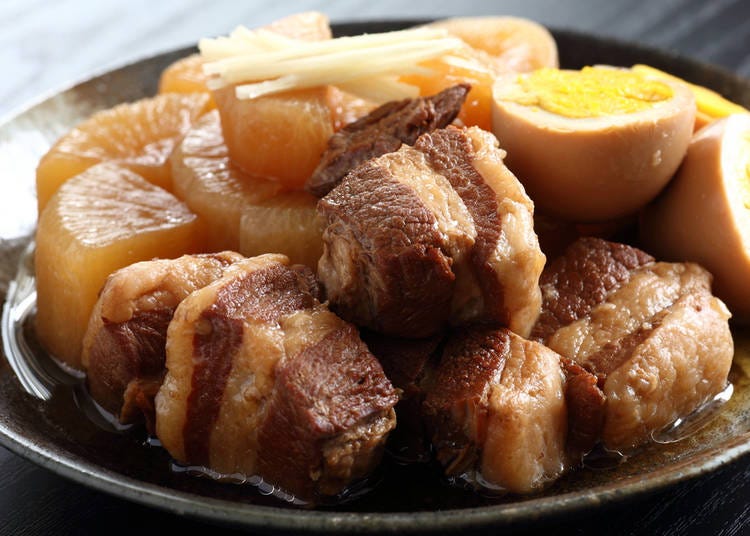 Japan is famous for its fish, and with good reason, and it is famous for its beef dishes, for example yakiniku and sukiyaki, but we don’t necessarily think of pork when we want to eat Japanese food. However there is an amazing selection of delicious foods which you simply must try, whether that is a side-dish of gyoza on order along with your ramen, or enjoying a gut-bursting large portion of katsu curry.