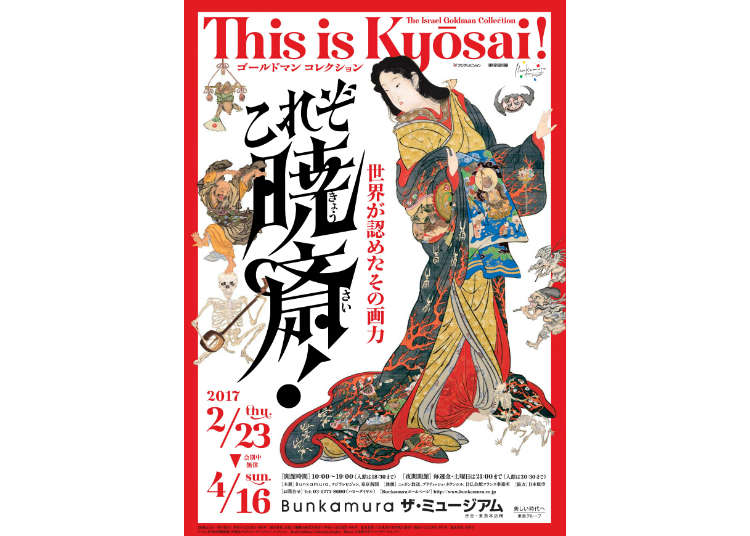 Arguably, spring is the most beautiful of all seasons, particularly March and April when the first flowers start to bloom and the winds turn from chilly to pleasant. And what better way to celebrate spring, the season that has to much meaning in Japanese culture, than diving head-first into traditional art and aesthetics to get in the proper sakura celebration mood? We have Tokyo's top five art exhibitions that wait to be explored! 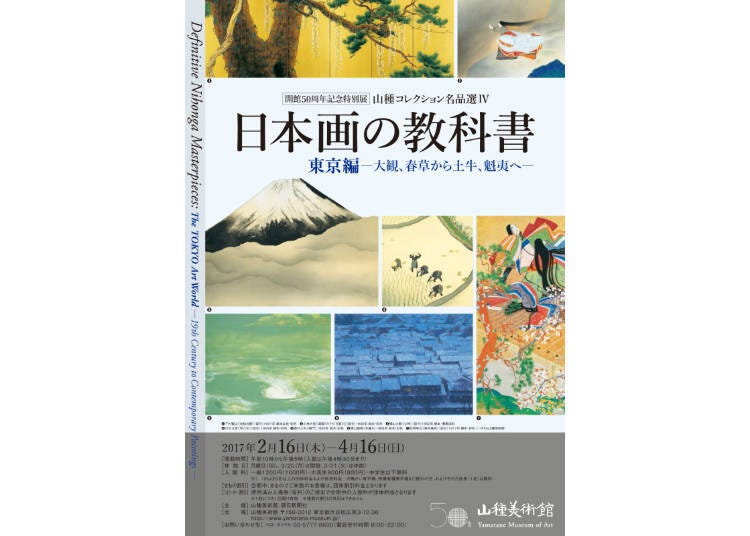 To commemorate its 50th anniversary, the Yamatane Museum of Art holds an exhibition called Definitive Nihonga Masterpieces: The Tokyo Art World, showcasing masters of Japanese Painting from the 19th century to contemporary works. Among them are Taikan Yokoyama, Shunso Hishida, Gyokudo Kawai, and Kaii Higashiyama, all gathered under one roof and represented in around 50 unique and outstanding works. With a selection like this, the history of modern Japanese art can be traced back through time, represented by the different masterpieces in all of its different approaches and forms. Definitive Nihonga Masterpieces: The Tokyo Art World offers an amazing journey through the last century of Japanese art.

The Israel Goldman Collection - This is Kyosai! 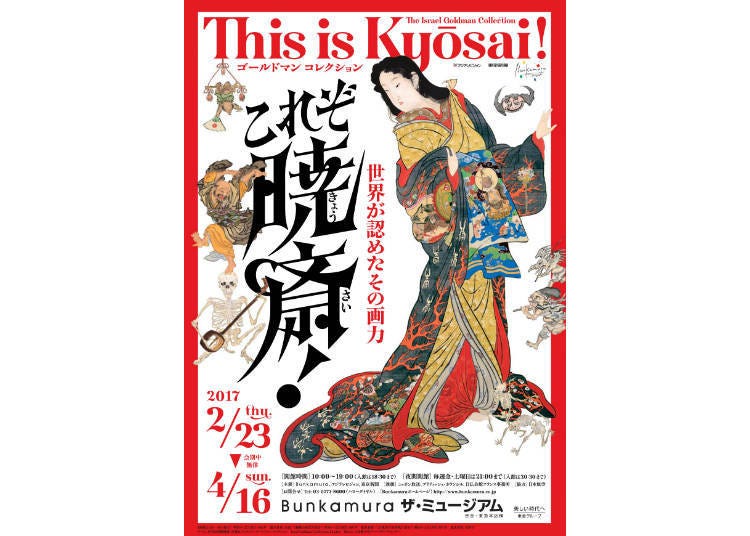 Do you know Kawanabe Kyosai? If not, this exhibition is here to introduce this mastermind of painting and ukiyo-e to Tokyoites and tourists alike. Kawanabe Kyosai lived from the chaotic end of the Tokugawa government to the early Meiji period, drawing a wide variety of topics and themes. From Buddhist imagery to comedic caricatures, sometimes with thin, delicate lines, sometimes bold and infused with his unique humor, Kawanabe Kyosai's art has a lot to offer. The Israel Goldman Collection - This is Kyosai! shows the colorful diversity of the Japanese artist with select masterpieces from the collection of Israel Goldman. Since the art dealer lives in the UK, this exhibition is also a rare opportunity to see works that usually aren't on display on Japan, so why not dive head-first in the charming art of Kawanabe Kyosai? 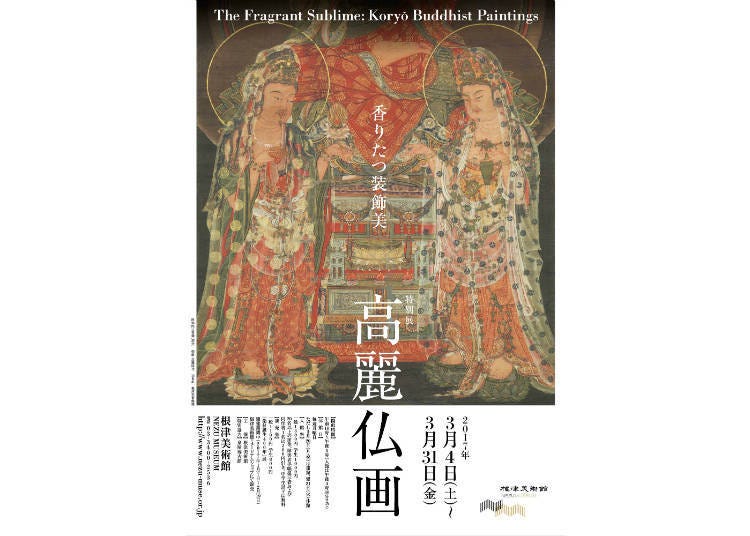 The Koryo Dynasty, lasting from 918 to 1392, was the first dynasty to unify the entirety of the Korean Peninsula. One of its main focuses was installing Buddhism as the state religion, and thus a unique and rich Buddhist culture began to bloom in Korea of the times. The Fragrant Sublime: Koryo Buddhist Paintings exhibition showcases the masterpieces of Koryo Buddhist paintings from the 11th to the 14th century, held in Tokyo for the very first time. Around 38 unique works are showcased, including enigmatic depictions of Amita and Kannon, beautfifully decorated sutras, and various delicate craft objects from the tranquil and amazing world of Koryo Buddhism. This exhibition opens the doors to an interpretation of Buddhism that is entirely different from the Japanese one, with a lot to be discovered and even more to be astounded by. 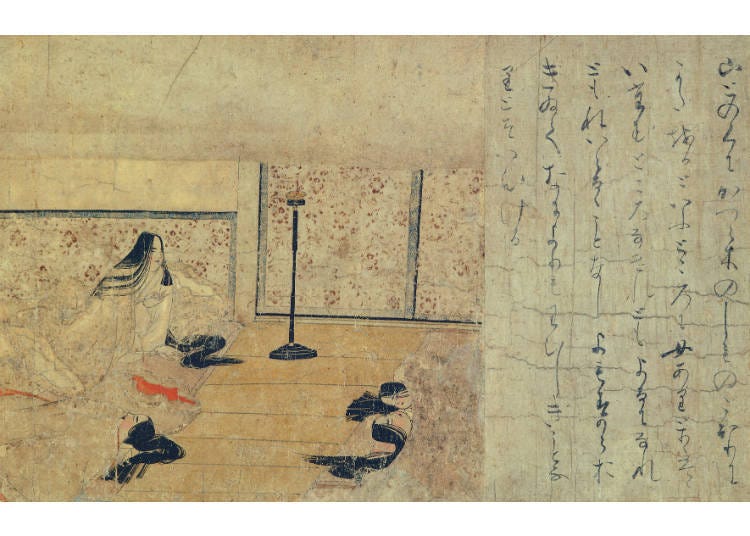 Called e-maki in Japanese, picture scrolls are a uniquely Japanese art form that fuses literature and painting. Originally, these picture scrolls were supposed to be held in one's hand while reading and looking at them, and since the Middle Ages, they have fascinated Japanese people over and over again, bringing forth many an enthusiast and sparking regular e-maki manias. As the name suggests, the Celebrating a Decade in Roppongi - Picture Scroll Enthusiasts exhibition is held in the wake of the 10th anniversary of the Suntory Museum of Art's opening in Roppongi, while also focusing on said picture scroll enthusiasts, such as Emperor Go-Shirakawa, Emperor Hanazono, and various Shoguns of the Ashikaga clan. Various records and documents are showcased alongside to reveal how the picture scrolls were valued and enjoyed over the ages and thus explores aspects of the beautiful e-maki masterpieces that have never been brought to light before. 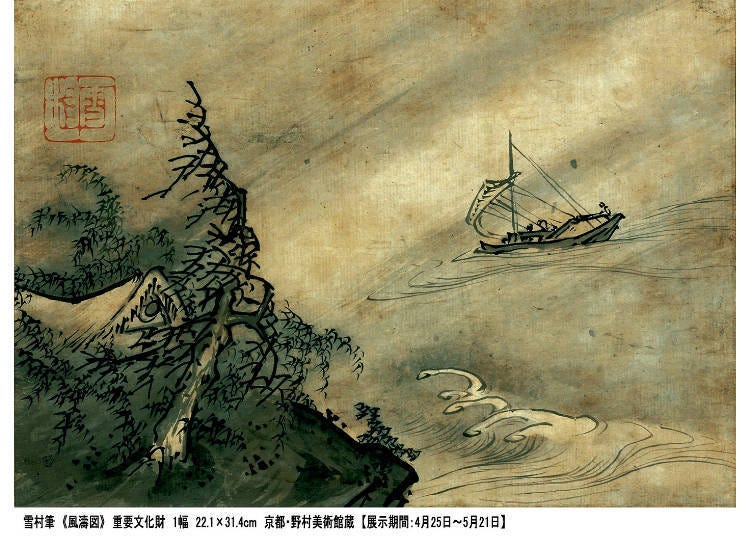 Originally born into a samurai family as Heizo Satake in the Muromachi period, Sesson left his family to become a Buddhist monk and focused on becoming an artist. He would emerge as Japan's greatest suiboku-ga, or water ink, painters of 15th-century Japan. From scenic atmospheres to elegant portraits, Sesson's drawings are famous for his unique and expressive style, with the painter's personality visible in every brush stroke. The Sesson - A Singular Painter exhibition showcases his artisic genius in around 100 of his most important masterpieces and 30 related works, including works from abroad. Besides the characteristic waterfalls and portraits, look forward to getting to know more of Sesson and his characteristic style of painting by examining delicately painted flowers, lively birds, and more.