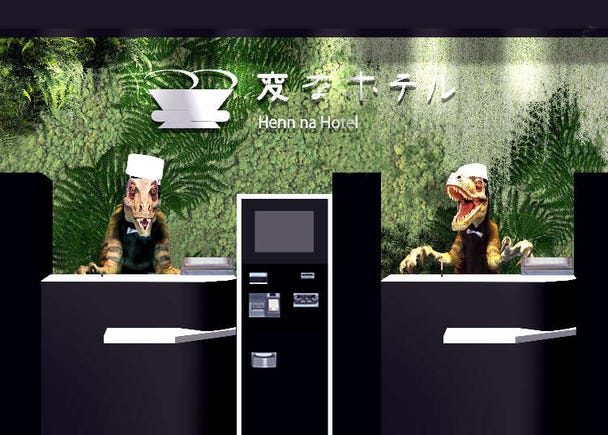 Brand-New Tokyo: the Newly Open and Reopened Spots of 2017

The year of 2017 promises to be a very exciting one for Japan’s capital of Tokyo – a lot of new spots and facilities are planned to open that will become the largest in their respective areas! From reopenings of long-established historical stores to shiny new hotels that are unlike any other hotel you’ve ever seen, look forward to step inside exciting new Tokyo hot spots! Even a Guinness World Record holder is among them, so let’s take a closer look. 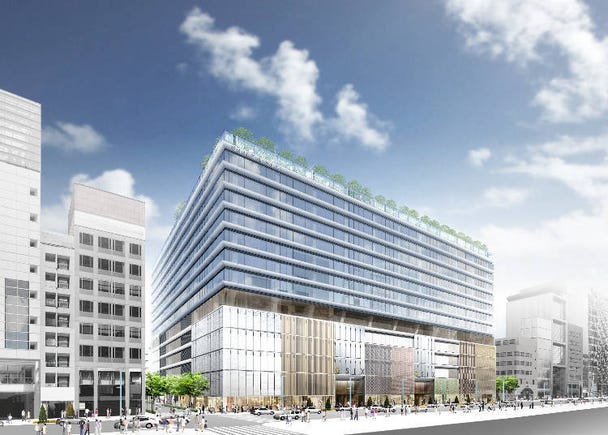 GINZA SIX is a massive complex that is going to be the largest of the area once it is completed. It consists of 6 basement floors and 13 floors above ground, gathering 241 international brands and 11 Japanese stores in its vast commercial space.
As Ginza is one of Tokyo’s top tourist destinations, a Tourist Service Center will open its doors on the 1st floor, providing information and guidance about all things sightseeing. The rooftop garden GINZA SIX Garden was designed with the theme of “feeling all four seasons” in mind, making for a wonderful oasis of relaxation in the metropolitan jungle, while visitors can enjoy traditional Japanese entertainment at the Kanze Noh Theater at the 3rd basement floor, which will move to GINZA SIX from Shibuya. Uniting both modern, global needs with traditional Japanese aesthetics and culture, GINZA SIX is sure to become one of Tokyo’s top destinations for both locals and tourists. 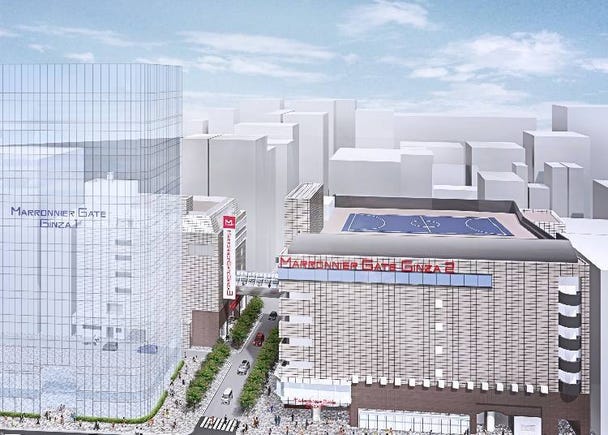 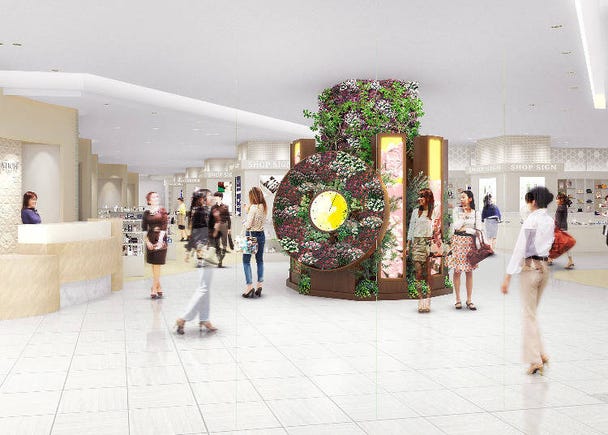 With a history of 32 years, Printemps Ginza is a true landmark of the area. The commercial facility that first opened its doors in 1984 started its grand makeover by getting a new name: Marronnier Gate Ginza 1&2. A total of 114 stores can be found in Marronnier Gate Ginza 2, the former Printemps Ginza main building, including 18 shops that are entirely new to the Ginza area. Marronnier Gate Ginza 3 will be home to 9 shops in total.
These new commercial facilities will offer a variety of shops and services, such as the famous cake shop Angelina, a chocolate specialty shop, and an extensive cosmetic corner, opening a true wellness hot spot in Ginza to be enjoyed by each and every one, no matter how old they are! The theme of Marronnier Gate is “A little stylish, a little luxurious: goods, environment, and service to neatly fit into daily life,” aiming to provide both a space and goods to use and enjoy on a day to day basis.

Matsuzakaya Ueno, South Building – the Renewal of a Shopping Legend from the Edo Period 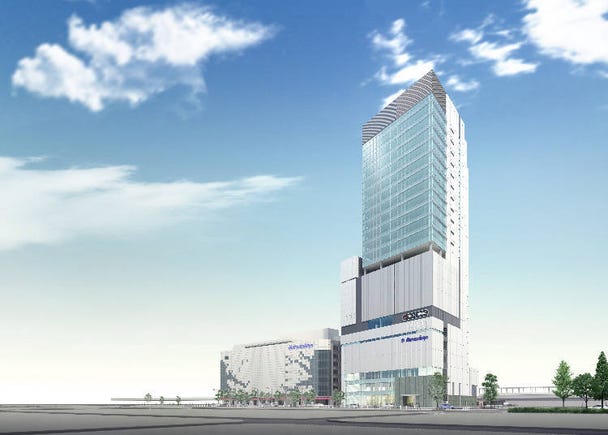 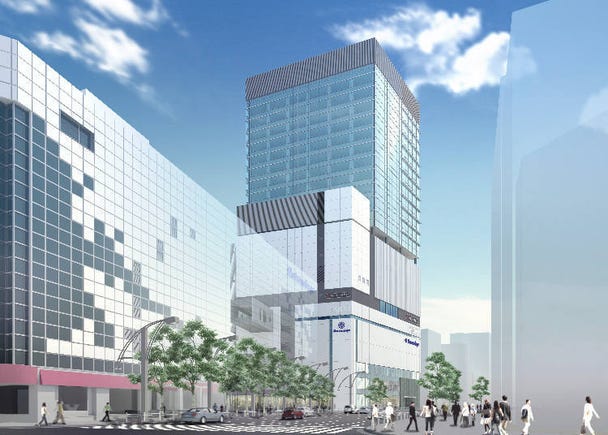 Look forward to the birth of a new Ueno landmark with the complete renewal of Matsuzakaya Ueno’s South Building, which plans to the become a department store, fashion hot spot, and cinema complex all in one! The original building was loved by tourists and locals ever since its opening in 1958, for a total of 56 long years, and will be turned into a 117 meter tall skyscraper with 23 floors above ground and 2 below. PARCO will occupy floors 1 to 6, TOHO Cinemas floors 7 to 10, and the upper floors are offices. The original Matsuzakaya Ueno will be found in the basement floors. The long-established department store that has been around since the Edo Period is sure to open a new chapter of its history with this renewal. 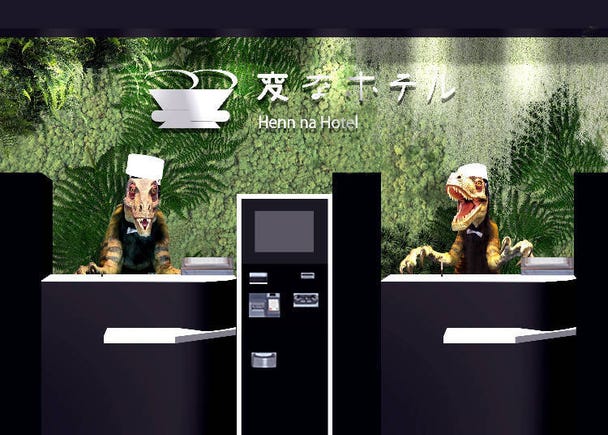 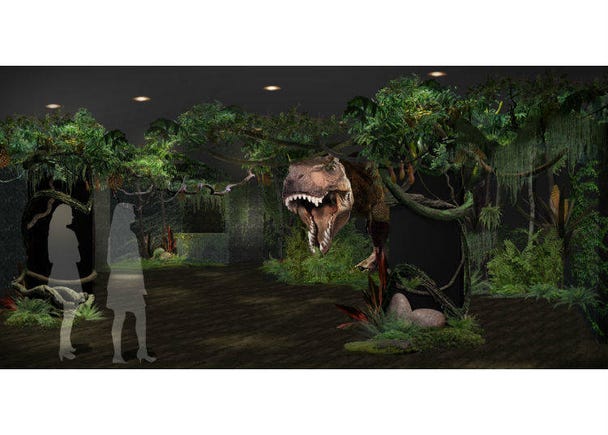 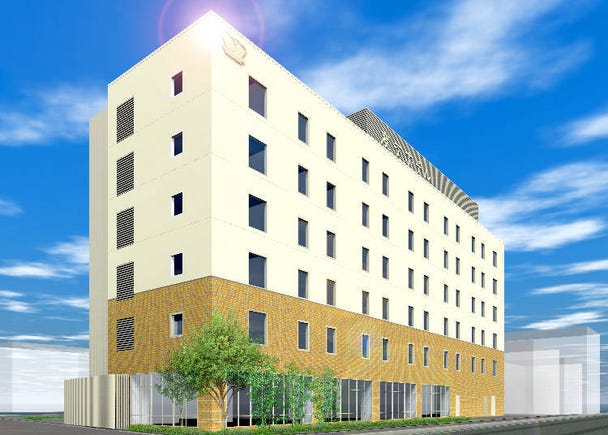 When the Henn na Hotel first opened in Nagasaki, it made global news – why? Because it is run entirely by robots, a fact that earned the unique business the world record as the world’s first robot-staffed hotel. Now, a second location of the famous robot hotel is going to open in Tokyo Bay, at the North Exit of Tokyo Disney Resort.
One of the most exciting attractions of Henn na Hotel is the fact that you’re greeted by a pair of dinosaurs at the reception who are more than happy to check you in and out in multiple languages! As already mentioned, the entire hotel is staffed by robots. They clean the windows and the floors, they handle the luggage, they provide event information, they wake you up in the morning.
While Henn na Hotel means “strange hotel” in Japanese, the character for “hen” also means “change” – the actual meaning of Henn na Hotel’s name is that it is ever-evolving. Why not stop by and say hello to the dinosaurs of Henn na Hotel Tokyo Bay? 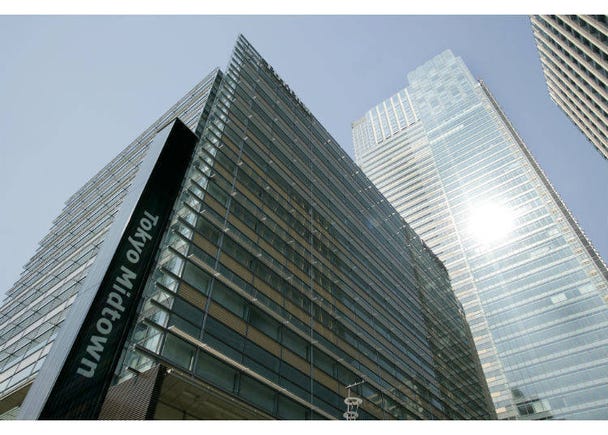 To celebrate 10 years of business, 25 shops celebrate this anniversary with reopenings and renewals. Among them is the Michelin 2-star restaurant The Counter Roppongi by Philippe Mille, offering 100 different kinds of custom hamburgers, as well as the interior shop HIDA which deals in traditional Japanese handicraft, created with methods and styles that date over a thousand years back. One of the entirety new stores that will open in Tokyo Midtown is the directly managed fashion shop COMME des GARÇONS, opening its doors in the spring of 2017. Throughout the entire year, Tokyo Midtown will offer a variety of events to celebrate its 10 year anniversary, something to definitely look forward to!